Porsche’s GTE Pro squad suffered a Le Mans 24 Hours to forget, after a lack of pace and several technical issues turned the race into an ordeal for the Weissach marque.

In Friday's Hyperpole session, Gianmaria Bruni took class pole in the #91 Porsche 911 RSR-19, which was making its La Sarthe debut having been introduced at the start of the current FIA World Endurance Championship season last September.

But Porsche failed to replicate that pace in the race, Bruni immediately dropping back due to a lack of acceleration on the straights. The unexplained straight-line speed deficit continued to plague the car Bruni shared with Richard Lietz and Frederic Makowiecki, which then lost time in the latter half of the race with electrical issues.

The sister #92 car of Laurens Vanthoor, Kevin Estre and Michael Christensen similarly struggled to keep up with the competition from Aston Martin and Ferrari teams and lost several laps after a power steering failure on Saturday night.

That stoppage was followed by two more garage visits for several issues. The two Porsches were the last cars in the GTE Pro class to be classified, a distant fifth and sixth.

“We took pole, which we were very happy to achieve with the new RSR-19, but as soon as the race started, I felt a lack of acceleration,” Bruni told Motorsport.com.

"I made a good start, but then coming out of Tertre Rouge I went from fourth to fifth [gear] and the car was not pulling like it should. Then we saw a lack of acceleration on my car but then also on the sister car they had more or less the same feeling.

"From my point of view the car was well balanced, but we were just missing acceleration. We didn’t change anything from Friday until Saturday, but there’s a big difference." 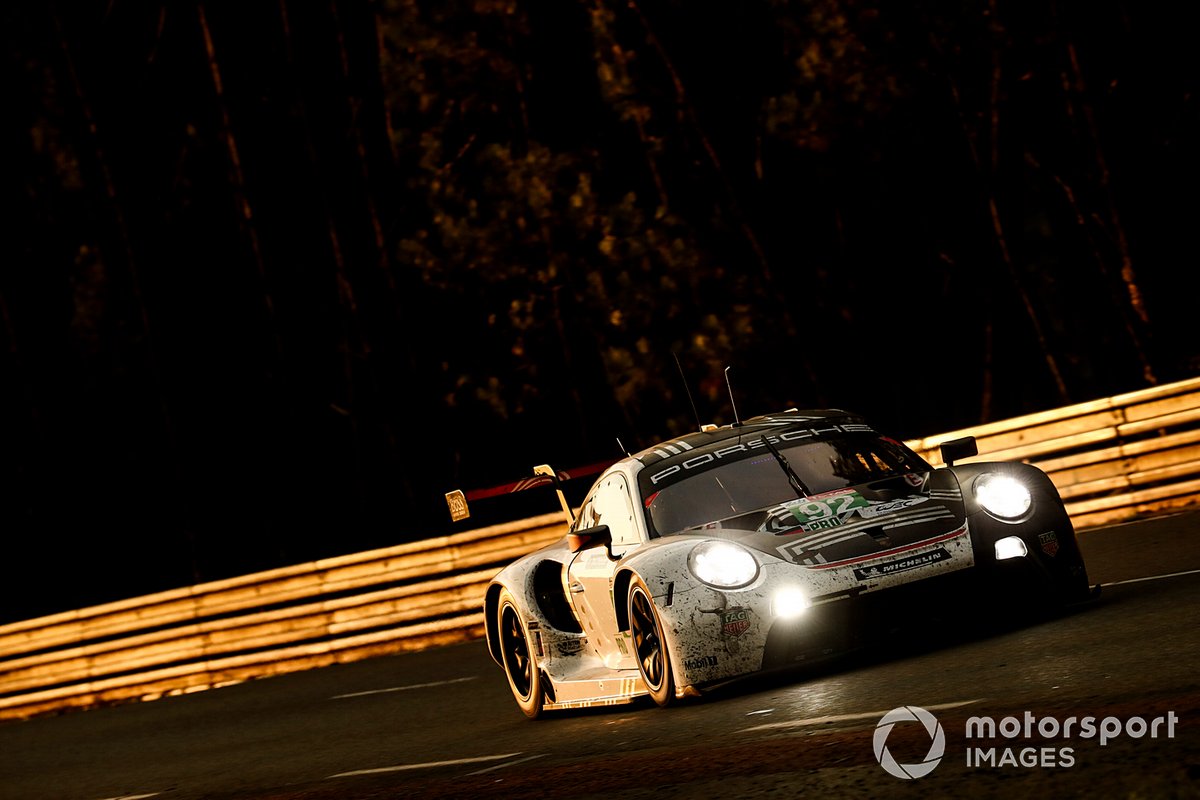 Vanthoor said there were “several factors” in Porsche's loss of pace during the race, including the lack of pre-event test, which meant that Porsche had to debut the 911 RSR-19's low-downforce kit during race week.

“We were clearly lacking a lot of pace. We were very good in the corners, but too slow on the straights,” Vanthoor told Motorsport.com.

“It’s difficult to explain the reasons, but the fact is that from our side we didn’t do the job 100 percent the way we should have done.

"We had technical issues and there were a couple things on the car that weren’t the way they should have been. It’s not just the lack of acceleration, there are a lot of things that came together. We tried to find solutions, but didn’t find them.

“It’s a new car for Le Mans and that’s always different with the new low downforce kit, but it would be a step too far to just blame it on that."

Vanthoor’s teammate Estre said Porsche’s ordeal was “hard for everybody”.

"In the car for sure, but also for the mechanics who worked hard to prepare these cars, but that’s motorsport,” Estre told Eurosport during the race.

“Sometimes things go wrong and we have to accept it, but I think we didn’t have the pace anyway. I think if you watch the onboard it's pretty much obvious it’s the acceleration."

Porsche’s Head of WEC Operations Alex Stehlig added: "We immediately realised that we couldn’t keep up in terms of acceleration and top speed. These factors are particularly painful because we also lost more and more time in traffic.

"On top of that, there were too many technical problems. We’ve got a bit of homework to do. We’ll improve the car and our processes and then we’ll be back to attack at the final round [of the 2019/20 WEC season] in Bahrain.”