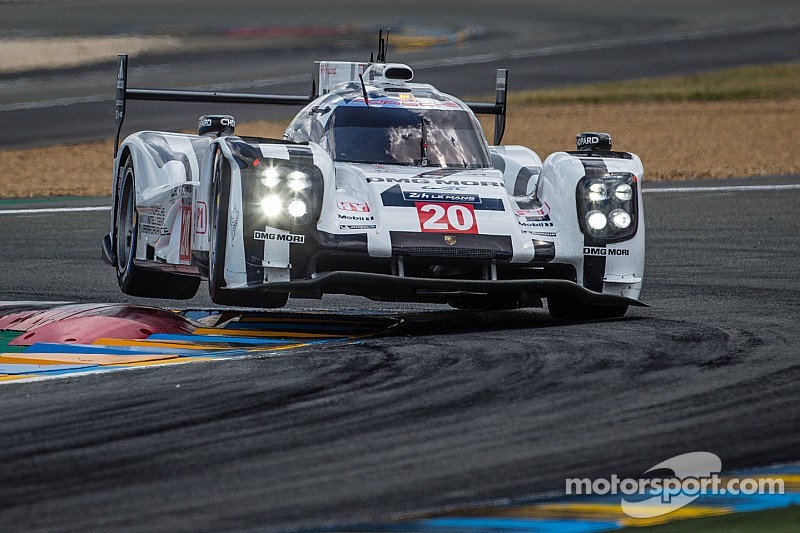 The third entry will also compete at Spa.

Porsche AG is pleased to announce the entry of a third Porsche 919 Hybrid for the 24-hour race in Le Mans (France) on June 13/14 in 2015. As a dress rehearsal for the event, the car will be entered in the six-hour race in Spa-Francorchamps (Belgium) on May 2.

There is no final decision yet about the driver line-up for this third car. For the two Porsche 919 Hybrids taking part in the entire championship, the current works drivers Timo Bernhard (Germany), Romain Dumas (France), Brendon Hartley (New Zealand), Neel Jani (Switzerland), Marc Lieb (Germany) and Mark Webber (Australia) have been confirmed to continue for 2015.

Wolfgang Hatz, Member of the Board, Research and Development, Porsche AG, said: “In 2014 we have been competitive immediately with the most complex and innovative race car Porsche has built so far. To date we have achieved five podium places, three pole positions and two record laps, in Shanghai and Bahrain. These are outstanding results. But this programme doesn’t just produce success on race tracks, but also on the engineering side. The target is the highest performance with maximised efficiency in ever growing dimensions. This is why we will take on the challenge with three Porsche 919 Hybrids in 2015.”

For Matthias Müller, Chairman of the Board Porsche AG: “Our decision to compete with a Porsche works team in the WEC’s LMP1 category proved to be the right one. This is what we feel at every race. The highly demanding motorsport programme contributes directly to the development of future sports cars for the road. For the development and testing of future hybrid systems, you can’t ask for any harder test bench than the World Endurance Championship and especially the Le Mans 24-Hours. The same goes for the newly established Porsche LMP1 crew. More than 230 people had to grow together quickly to form a strong team. The human factor is not only crucial for the men at the steering wheel, but for the entire project – and this reflects very much the Porsche philosophy.”