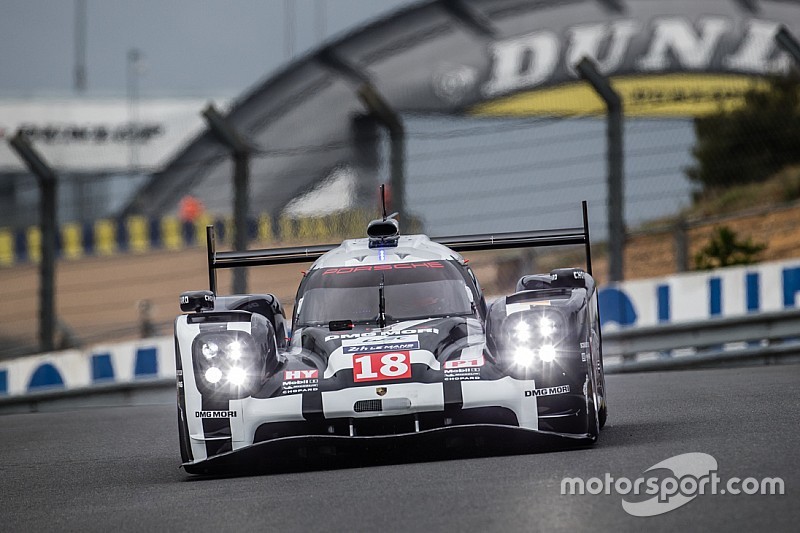 Just a couple of hours into the 2015 24 Hours of Le Mans Test Day, and the latest generation of LMP1 cars have already reached a performance level which has not been seen here for at least five years.

Before it started raining at the Circuit de la Sarthe at 10:45am, local time, competitors made the most of the dry conditions beforehand to set fast laps – albeit on a ‘green’ track.

But a few seconds later, Neel Jani responded with the #18 Porsche 919 Hybrid. Crossing the line in 3m21.945s, he established the Test Day lap record on the current track configuration, which has been used since 2007.

Even more impressively, the Swiss driver was just two tenths of a second off Kazuki Nakajima's pole position last year with Toyota.

The fastest Toyota is Stephane Sarrazin, who is seventh fastest on 3m26.929s – almost 5s off the pace.

The quickest of the new Nissan GT-R NISMOs is Olivier Pla, 16th overall on 3m43.383s, over 21s away from the fastest LMP1 cars.

Wet weather conditions meant that no further improvements were possible before the lunch break.