Pole position in GTE-Am for Ferrari at Le Mans 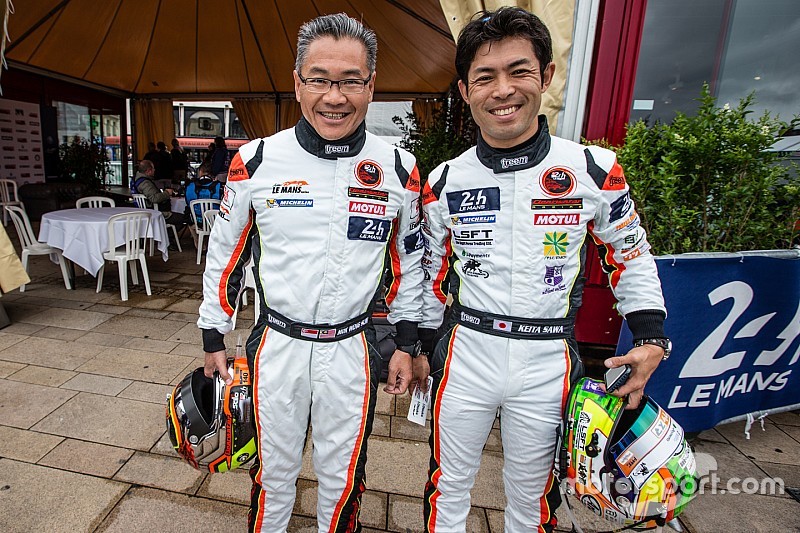 Le Mans – Rain fell for almost the entire second day of qualifying for the 84th 24 Hours of Le Mans, making it impossible for the teams to improve the times recorded during Wednesday's first session. Therefore, at the end of the third session, Ferrari claimed the third, sixth, and seventh position for the 488 in GTE-Pro class and pole position in GTE-Am class for the number 61 458 Italia of rookie team Clearwater Racing.

In GTE-Pro class the reference time for the #51 488 of AF Corse remained the 3’51”568 clocked by the crew on Wednesday which earned the third position for Gianmaria “Gimmi” Bruni, James Calado and Alessandro Pier Guidi. The first two places are occupied by the two Fords of Team USA driven by Hand-Muller-Bourdais (3’51”185) and Briscoe-Westbrook-Dixon (3’51”497). These two cars are not racing in the World Endurance Championship (WEC); this allows Ferrari to cash in the two bonus points for pole position. The car that is dominating the GTE-Pro class in the WEC, the #71 488 of AF Corse entrusted to Davide Rigon and Sam Bird, joined by Andrea Bertolini for the occasion, is in sixth position with 3’52”508 ahead of the sister car of Risi Competizione team in the hands of Giancarlo Fisichella, Toni Vilander, and Matteo Malucelli.

In GTE-Am class, pole position at the end of the qualifying session went to the number 61 458 Italia of rookie team Clearwater Racing with Weng Sun Mok, Rob Bell, and Keita Sawa with a time of 3’56”827. The crew came ahead of the Aston Martin of Lamy-Lauda-Dalla Lana (3’57”198) and the two 458 Italia of AF Corse, number 55 driven by Duncan Cameron, Matt Griffin, and Aaron Scott (3’57”596) and number 83 driven by François Perrodo, Rui Aguas, and Emmanuel Collard (3’57”742). The Formula Racing team car (with Christina Nielsen, Mikkel Mac Jansen, and Johnny Laursen at the wheel) is in sixth position with 3’58”760, while the Scuderia Corsa’s Ferrari driven by Townsend Bell, Bill Sweedler and Jeff Segal is in ninth place with an aggregate time of 4’00”008.

As tradition requires, tomorrow there will be no activity on the track, as the 60 crews of the 24 Hours will move to Le Mans' historic centre for the parade that introduces the event. The start of the race is scheduled for Saturday at 15:00, following the Ferrari Challenge Europe and the GT3 Le Mans Cup which will be held in the morning.

Both Audi cars on third row at Le Mans