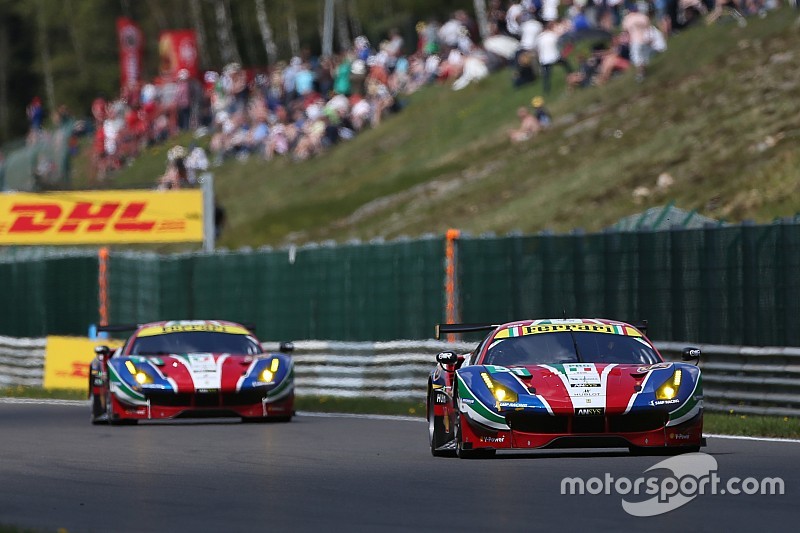 Alessandro Pier Guidi and Andrea Bertolini have been selected by Ferrari to race for the GTE Pro AF Corse squad in this year's Le Mans 24 Hours.

The two Italians join the #51 and #71 entries respectively, which are the two 488 Italia machines entered for the full World Endurance Championship season.

Pier Guidi, 32, therefore joins Gianmaria Bruni and James Calado in the #51, while Bertolini, 42, lines up alongside Sam Bird and Davide Rigon in the WEC points-leading #71 car.

Bertolini has contested Le Mans for the last four years in GT class Ferrari machinery, winning the GTE Am class with Viktor Shaitar and Aleksey Basov last season, while Pier Guidi will be making his Le Mans debut.

Matteo Malucelli was also recently confirmed by Ferrari to be racing at La Sarthe alongside Giancarlo Fisichella and Toni Vilander in the #82 Risi Competizione GTE Pro entry.

With the ACO having now issued the final entry list for next month's race, all 180 drivers for the 60 entries have now been confirmed, including the following last-minute additions: