Penske has admitted to disappointment with fifth in class on its modern debut at the Le Mans 24 Hours after challenging for a podium for much of the race.

But after the car consistently ran in the top three for more than half the event, Cameron conceded that fifth was disappointing for the American team.

“We’d have been happy with that two days ago, but now having been up there running near the front it is a bit disappointing,” Cameron told Motorsport.com after the race.

“It felt like a podium was a strong possibility for a lot of the race, but we had a few little bubbles that put us back.”

Jonathan Diuguid, who has managed the Penske P2 programme, believes the team could have taken the fight to the second-placed Prema car driven by Robert Kubica, Louis Deletraz and Lorenzo Colomobo but for a series of minor delays.

“Hand on heart we couldn’t match the winning JOTA car, but I would say we were on a par with Prema - we raced with them pretty closely,” he explained.

“Things didn’t go our way in the end, but there were different parts of the race I thought a podium was possible.” 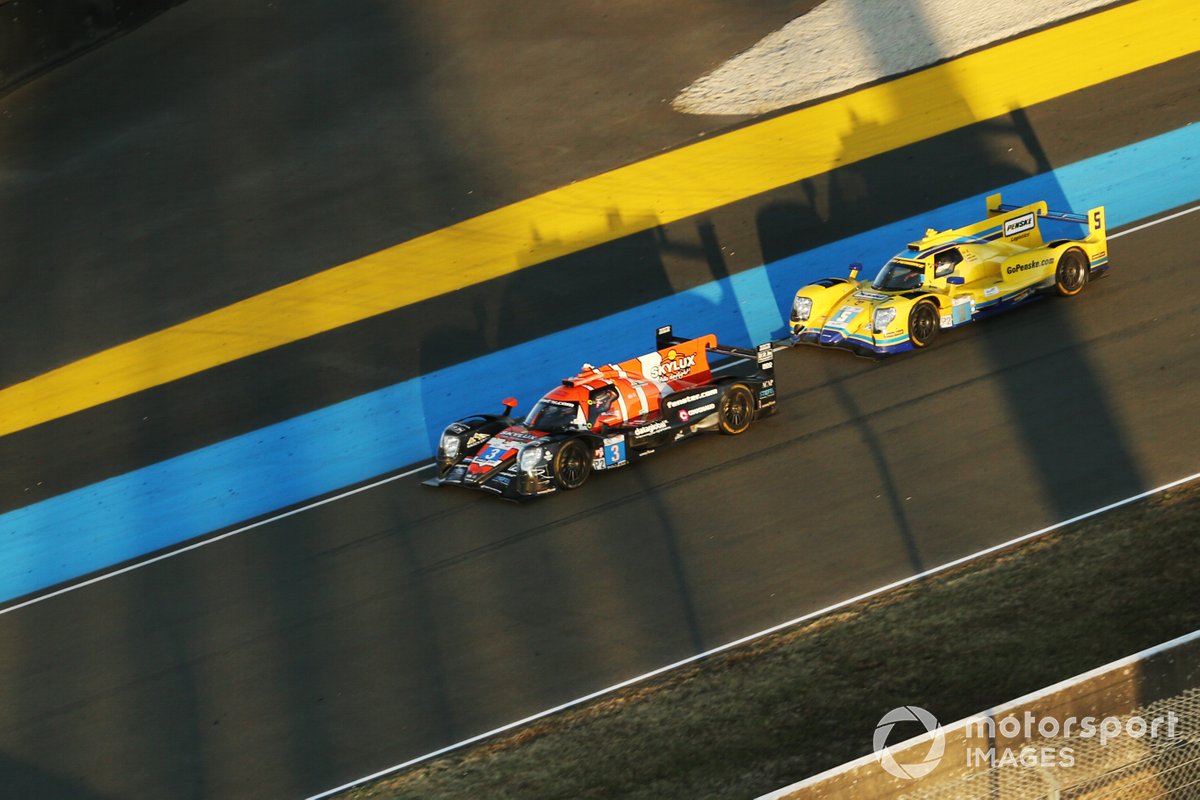 The Penske Oreca was delayed when Nasr ran over some debris, which resulted in the nose of the car being replaced and a brake duct being reconnected.

It also lost more vital seconds in a crowded pitlane, which meant the Penske car lost contact with Prema.

The team was in a fight with the TDS Racing Oreca for fourth position in class in the closing hours, but lost out because the Penske's Gibson engine needed a top-up of oil at every stop.

“We were burning and/or losing a litre an hour for maybe the final six hours,” explained Diuguid. “That was something that really hurt us in the fight with the #13 [TDS] car.

“The high oil consumption meant we were taking a kind of five-second penalty at every stop.”

Le Mans was the last race of Penske’s 2022 WEC campaign in P2, which it undertook to prepare for its entry into the series next year with Porsche’s LMDh prototype.

Cameron feels that Le Mans this year was a valuable experience for Penske, which last contested the French enduro in 1971 with a Ferrari 512M driven by Mark Donohue and David Hobbs.

“The good thing as a group is that we know now what Le Mans is all about,” he said.

The new Porsche Penske Motorsport entity will now concentrate on development of the LMDh and the expansion of its test programme into North America where it will also race in the IMSA WeatherTech SportsCar Championship.