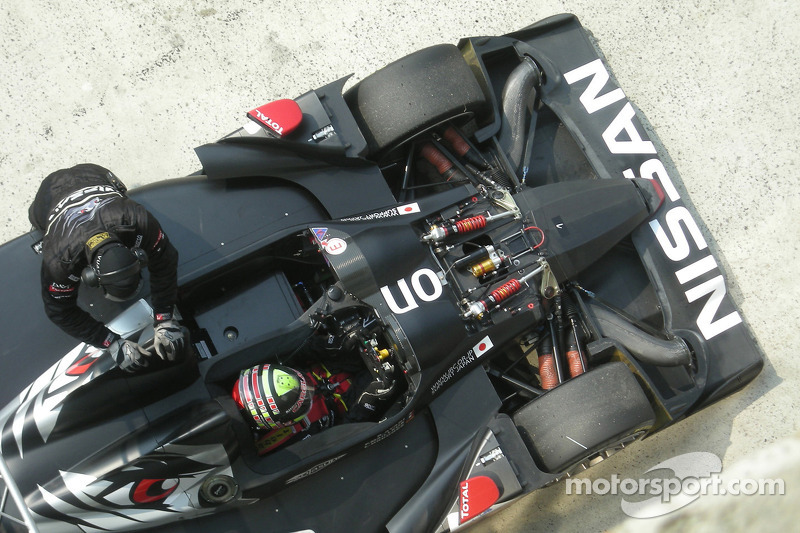 Three ORECA 03s will be present at the start of the 79th edition of the 24 Hours of Le Mans, entered by Race Performance, Signatech-Nissan and Team ORECA-Matmut. Already a winner at Spa-Francorchamps during the last round of the Intercontinental Le Mans Cup with TDS Racing, the prototype designed and built in Signes will be competing in its first twice around the clock race. With eleven cars in the LMP2 class, the competition will be tough. 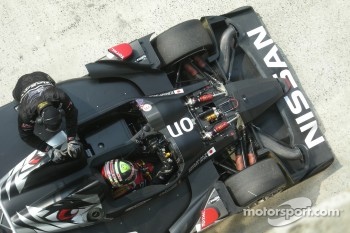 Franck Mailleux: “A reliable car and a driving squad that gels…”

At Signatech-Nissan, current leader in the Intercontinental Le Mans Cup, Soheil Ayari, Franck Mailleux and Lucas Ordonez will once again be in at the controls of the ORECA 03 powered by Nissan. After making their debut at the 12 Hours of Sebring, the Philippe Sinault managed team will be looking to continue in the same direction as the official Le Mans Test Day, where Franck Mailleux put the #26 at the top. He has high hopes for this race – one that fits him well: “A big week is ahead of us. Since the 1000km of Spa, the whole team has worked like crazy to prepare the car. We completed an endurance test at Magny-Cours that went very well. We will have an aero kit “Le Mans” because of the unique characteristics of the circuit. The ORECA 03 is a pretty easy car to drive and especially agreeable. It handles a little like an open-wheel race car.”

Both at Sebring and at Spa, Signatech-Nissan was well on their way to a good result, but the race had other things in mind, as Franck confirms: “We simply lacked experience in Florida. We discovered the car only a short time before, but the potential was definitely there. As for the 1000km of Spa, we couldn’t do better than 5th after an incident, even though we had the class fastest lap of the race.”

“Le Mans is so unique,” continues Franck Mailleux. “The track is long and anything can happen. We will have to manage the traffic as best as we can and read the GTs’ lines. It’s very open and fuel consumption could very well be the key to the race. The practice and qualifying sessions will be crucial for us to see where our competitors stand. We have a reliable car and a driving squad that gels, with Soheil’s experience in La Sarthe and Lucas who is quickly learning the ins and outs of driving prototypes.”

Alongside Signatech-Nissan and Team ORECA-Matmut, Race Performance will also be entering an ORECA 03. Perennial participants in the Le Mans Series, this will be the Swiss team’s second consecutive Le Mans 24 Hours. Marc Rostan is the obvious choice as team leader with his vast experience in La Sarthe. Ralph Meichtry discovered this event last year while Michel Frey will be making his debut on the fabled track.

Michel Frey: “Everything is in place to get a good result.”

The Swiss driver is confident for the race: “The Test Day allowed us to really work well. We had established a plan and everything was accomplished. I truly think that everything is in place to get a good result. Choosing the ORECA 03 was good. The car is very competitive and we are receiving good support from ORECA Racing Car Manufacturer.”

“We are satisfied with the car’s performance,” indicates Michel Frey. “We were in the fight right from the start at the first Le Mans Series race at the Castellet. Unfortunately, a few issues kept us from reaching the podium but we are glad to have solved the problems before Le Mans. The driving squad ran very well at Spa and we’re ready to hit the Sarthe track.” 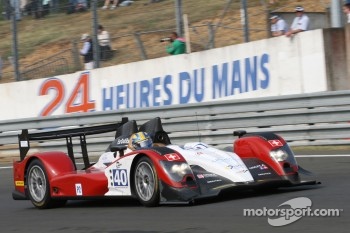 It’s during the Test Day that Michel discovered the track for the first time: “For me it’s a privilege to participate in such a legendary race. I had only known the Bugatti track before. There are a lot of magical spots: Indianapolis, Maison Blanche, Porsche Curves, etc.”

ORECA Racing Car Manufacturer will also be running in the LMP1 class: Hope Racing is using the ORECA 01 that finished just outside the 2010 Le Mans 24 Hours podium for its ambitious project debuting its SWISS HYTECH-Hybrid prototype. The Benoît Morand-led team will rely on the experience of Jan Lammers and the quickness of Casper Elgaard and Steve Zacchia.

For ORECA Racing Car Manufacturer, the Le Mans week starts Sunday, June 5 with the traditional scrutineering in the downtown. Next will be the free practice and qualifying sessions on Wednesday, June 8 (4pm – 8pm/10pm-12am) and Thursday, June 9 (7pm-9pm/10pm/12am). The start of the 79th edition will be given Saturday, June 11 at 3pm.