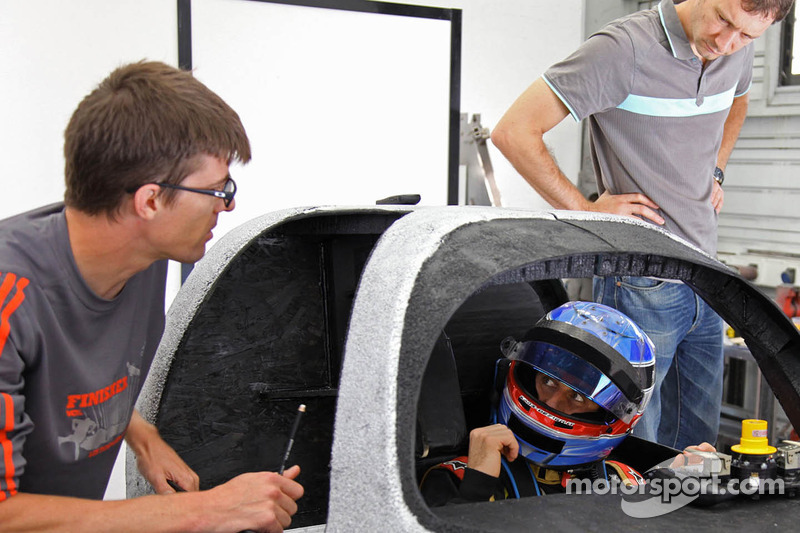 The last few months have been particularly productive for both REBELLION Racing and ORECA's Technology department.

REBELLION Racing announced prior to the 90th edition of the Le Mans 24 Hours in June, the venture with ORECA, which has been selected by the Swiss team to design and build the all new R-One LM P1 prototype.

As declared previously, REBELLION Racing confirms that the team will enter two R-One cars in the 2014 FIA World Endurance Championship and the 24 Hours of Le Mans. The REBELLION R-One LM P1 will complete its first laps during March 2014. After the initial study phase, the design of the new Le Mans Prototype continues according to plan with each stage of the project progressing smoothly.

The last few months have been particularly productive for both REBELLION Racing and ORECA's Technology department.

At Signes, in France, the base for ORECA's design bureau, the construction of the REBELLION R-One is on the right track. In close collaboration with REBELLION Racing, the fabrication of the car's main elements was completed several weeks ago.

The construction of the monocoque continues and the major technical suppliers have been selected for the project. During one visit by REBELLION Racing engineers and driver Nicolas Prost to ORECA's workshops, the driving position and cockpit ergonomics were also validated using a full-scale mock-up of the REBELLION R-One chassis.

One of the notable characteristics of the cockpit is the driving position located on the left side, in order to provide better visibility for the driver. Although the general aerodynamic package has been settled upon, the engineers continue to work to refine every detail on the REBELLION R-One.

Christophe Guibbal, design bureau director in charge of the R-One project at ORECA: "The design and build is going according to the plan that we set along with REBELLION Racing. We haven't run into any issues during this period, which is always a crucial part of a new car's build process. The working relationship between REBELLION Racing and TMG, who are providing the engine, is excellent. The chassis block's integration has been finalized and the fabrication of pieces needing the most time to complete has begun, starting with the moulds. It's an exciting time : we had the chance to explore several different paths and now we're looking forward to taking the next step."

Nicolas Prost, REBELLION Racing driver: "I am extremely pleased to be involved in the R-One project. It's really exciting to have been associated with the project from the first meeting. Being part of the development of a new car is technically very interesting and it is enjoyable to input some personal views and experiences towards the design of some of the parts. On a more personal side, it is really nice to work again with ORECA with whom I raced my first 24 Heures du Mans in 2007 and before that in Formula Renault."

Bart Hayden, Team Manager REBELLION Racing: "We are pleased that the project is on schedule. Our engineers are working closely with the project team at ORECA and the drivers are already involved in validating elements of the design, as witnessed by the interior ergonomics validation in the chassis mock-up. We are already making plans for the REBELLION Racing mechanics to be involved in the assembly of the cars in the new year and are targeting the first roll-out in the middle of March. It's a tight schedule, but it is achievable and we are giving it our due focus."