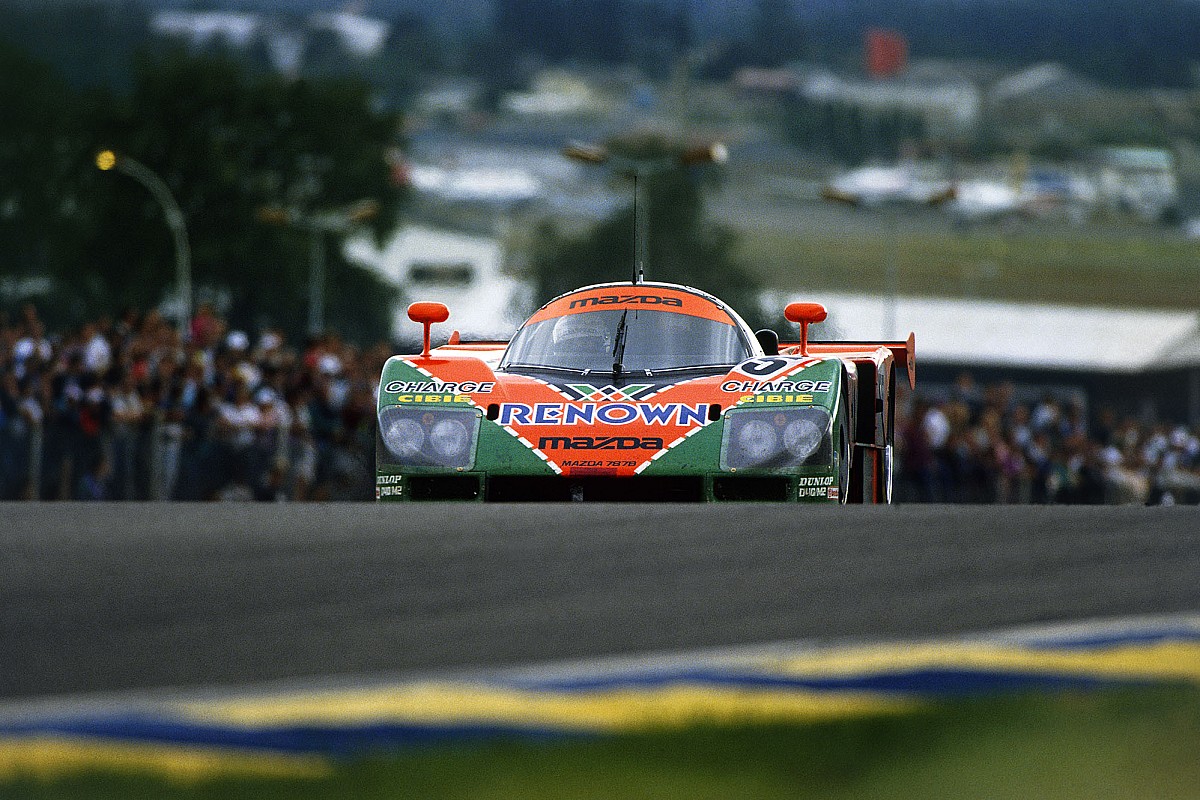 Mazda is one of the only two Japanese manufacturers to have taken outright victory in the French endurance classic, the other being Toyota, with its sole win coming in 1991 with the iconic rotary-powered 787B (pictured top).

But the marque has been absent from the top class of Le Mans since 1992 and its last entry in any category was in 1996, although it has since occasionally supplied engines to teams.

It currently competes with the Riley/Multimatic-based RT24-P in IMSA’s top-tier DPi category, which will make way for the new LMDh division in 2022.

New Mazda North America motorsport director Nelson Cosgrove, who replaced now-IMSA President John Doonan in the role, labelled the announcement from the WEC's promoter the Automobile Club de l'Ouest and IMSA made at the Rolex 24 at Daytona as "really cool".

"Obviously it would be great to bring the Mazda brand back to the Le Mans 24 Hours with a factory programme," he continued.

"LMDh would be a great opportunity to get back if it makes sense, but there is a lot of work to do to understand if we could be successful in a programme like that."

The other two manufacturers currently active in DPi gave a more lukewarm response to the IMSA/WEC rules convergence news.

General Motors' director of racing, Mark Kent, whose remit encompasses the Cadillac DPi programme, said that the brand "congratulates IMSA and the ACO on their announcement of a convergence of the top class of prototype racing".

He added: "We are encouraged at the prospect of an international formula for the future of prototype racing. Once we obtain further details, we will evaluate if our participation aligns with our company's future."

Acura, meanwhile, stressed that it was "early to talk about the future" prior to the announcement of further information on the LMDh regulations, which is expected to come during the Sebring 12 Hours weekend in March.

BMW Motorsport boss Jens Marquardt described the rules convergence as a “positive step”, but stressed that it would be premature talk about the prospects of BMW signing up for the new class ahead of more news on the rules.

"The regulations need to be finalised, and once they are all done, we will take a look at them," he said. "It is something more for the distant future, to consider if it fits with our strategy and what we want to achieve from a marketing point of view."

BMW has been linked to an expansion from GT Le Mans into the top class of the IMSA series, but Marquardt stressed that the chance to go for overall victory in the WEC with the same car would not lead to an "automatic change" in its evaluation of the world championship.

The German marque withdrew from the WEC after a single season in 2018/19, citing a lack of return on investment, but its M8 GTE challenger races on in IMSA's GTLM class.

Porsche factory motorsport boss Pascal Zurlinden meanwhile called the alignment "good news for the industry", before adding: "Does it mean that Porsche is coming? We can't comment because we don't know the regulations."

The two manufacturers committed to running LM Hypercars in the WEC from the start of the 2020/21 season both offered guarded enthusiasm for the announcement.

Aston Martin said it was "pleased to note that the future of sportscar racing's top class has been secured". It added that it would be "working closely with all parties to ensure that the hypercar vision retains its proper position within global sportscar competition".

A spokesperson for Toyota simply said: "If this move brings more manufacturers to the top level of endurance racing, we welcome it, while waiting to see more details."