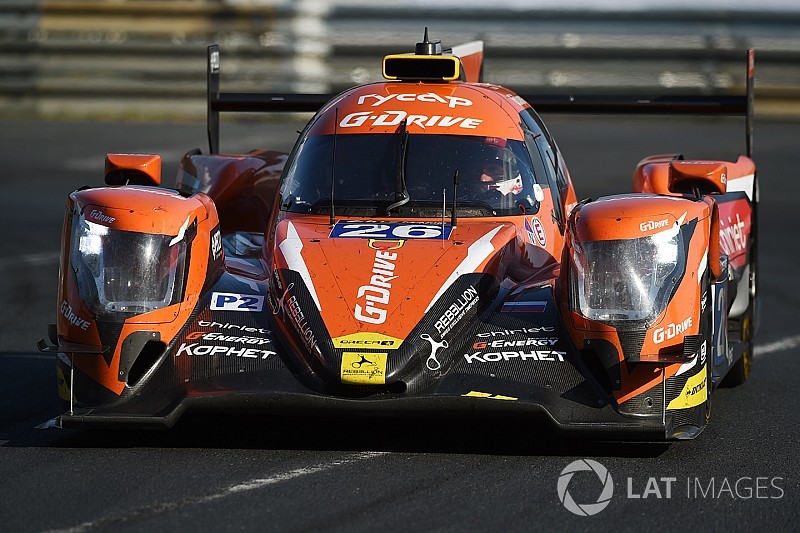 LMP2 stars Alex Lynn and Matthieu Vaxiviere have played up their chances of fighting for class pole for this year's Le Mans 24 Hours in what they expect to be a tight qualifying shootout.

Lynn and Vaxiviere, who race in opposing cars within the same TDS Racing squad, are prepared to go head-to-head for pole on Thursday evening.

It was Lynn who set the fastest time in Wednesday afternoon's practice for the G-Drive Racing-entered car, a 3m30.363s, while Vaxiviere’s 3m29.333s lap in first qualifying was the fastest LMP2 lap of the day.

“The slightly annoying thing is that because the track is so hot it’s not great for a massive lap time,” Lynn told Motorsport.com.

“If we had a 10 degree [C] temperature drop I think you would see a 3m25s, but at the moment with these conditions that is unlikely.

The timing of an attempt at pole will be crucial, but conditions and incidents allowing, a last-minute effort should remain possible right until the dying stages of the two-hour third session.

“The optimum time would be the last 10 minutes of qualifying because the track temperature is coming down," added Lynn.

"We have to play it as it comes to some extent on when the right time is with traffic, visibility, etc. But, it could go right to the chequered flag."

Vaxiviere was equally excited about the prospect of sealing pole position and going up against TDS stablemate Lynn, saying: “The lap last night was not a magical lap, I think we can do better, at least five or six tenths better.

"If it is better conditions then I think it will be a mid or high 3m27s, we will see. We will push and put everything into a lap tonight.

“It is nice to see both of our cars at the front and to fight with Alex is cool, but we are fighting others too. I think it will be an exciting one and interesting for the fans.”

Most of the LMP2 teams have some reliability concerns heading in to the first Le Mans of the category’s new generation of more powerful cars.

A variety of issues have been seen by teams since the first race for the new-gen LMP2 cars at Daytona at the start of the year. While many of these have been addressed, this will be the first 24-hour race in high temperatures that the cars will have undertaken.

Motorsport.com has learned that Gibson has introduced a new oil filter part for its LMP2 engine, which is believed to be a direct consequence of the issue experienced by the #25 Manor Racing car at the test day earlier this month.

“We have not been exempt from some issues like electrical, gearbox and so forth, but really these are normal things in a new package that everyone has,” said Lynn.

“We can only prepare for what we know and everything we do know about for what could happen we are fully ready for.”

The #37 Jackie Chan DC Racing car of Alex Brundle, David Cheng and Tristan Gommendy has had a precautionary engine change ahead of Thursday’s qualifying sessions after a spike in its oil pressure was observed in first qualifying.

Bourdais warns against dumbing down GTE for Aston Martin