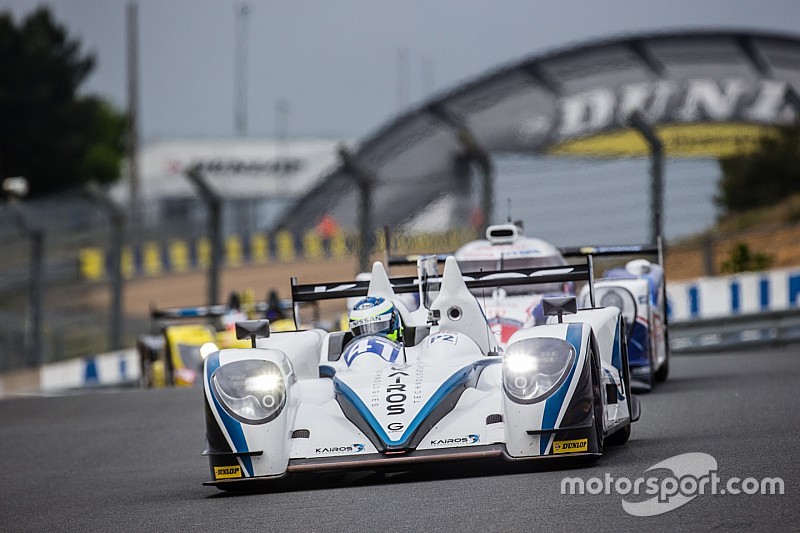 Since winning GT Academy Europe on 6th August 2014, Paletou has been on Nissan’s intensive driver development programme, the same programme that prepared Jann Mardenborough for GP3 and Lucas Ordonez for Super GT. He raced a Nissan 370Z to numerous victories in club races to obtain his racing licence in time to compete at the 2015 Dubai 24 Hours in a Nissan GT-R NISMO GT3.

Paletou was a key member of the all-gamer driving squad that took fifth place overall and second in class at the Dubai 24 Hours in January before starting simultaneous racing seasons in GT3 (Blancpain Endurance Series) and LM P3 (European Le Mans Series).

He has made the grade quicker than any GT Academy graduate before him.

When he was told he could be racing the Greaves Motorsport Gibson-Nissan LM P2 car at Le Mans, Paletou was surprised to say the least:

“I really don’t know what to say…Le Mans!” said Paletou. “This was completely unexpected and I honestly thought that Darren (Cox) was playing a trick on me, like on one of those TV shows. I dreamt of racing at Le Mans as a child but I didn’t expect to ever race there. I love driving the LM P2 car and I really like the guys at Greaves so this is going to be a great experience for me. It is far too soon to talk about expectations, I just want to go there and do the best job I can.”

“One thing that every graduate of GT Academy learns very quickly is that this is not a free ride, so to speak,” said Darren Cox, Global Head of Brand, Marketing & Sales, NISMO. “We push our graduates hard via our driver development programme, which gets stronger and tougher every year. We have given Gaetan all the backing and the training he needs and he has proved to us that he is ready for Le Mans.

“Le Mans is the world’s greatest race and it happens to be in France,” continued Cox. “For a Frenchman like Gaetan to make the transition from virtual-to-reality in less than a year and race at Le Mans is an incredible achievement. He has handled everything we have thrown at him so far so we have absolute faith in his ability to do a good job at Le Mans.”

Scrutineering for the 24 Hours of Le Mans: How it works?