Toyota's Jose Maria Lopez has explained in detail how the #7 car he shared with Mike Conway and Kamui Kobayashi managed to win last weekend's Le Mans 24 Hours despite "serious" fuel problems across the final hours.

By:
Filip Cleeren
Co-author:
Federico Faturos
Listen to this article

The #8 Toyota's GR010 Hybrid of Sebastien Buemi, Kazuki Nakajima and Brendon Hartley developed fuel problems just before two-third distance, affected by a fuel pickup issue reminiscent of the one that made it lose almost an hour in July's Monza WEC round.

Later on, the leading #7 sister car, which ended up winning the race, also started suffering from similar issues.

Clogged fuel pumps, an issue that would have cost Toyota the win if it had tried to fix it, limited the stint lengths of each car by five laps before clever Toyota engineers found a workaround, which Lopez reveals included turning the car's pumps off and on again in every corner from the cockpit.

"I found out in the morning when I was about to get in the car, I think there were seven hours left in the race. That's why I say it was a team victory really.

"Dominique [Gardener], one of the main engineers and one of the most experienced, came up with the idea of doing a procedure on the steering wheel at every braking [zone] while we were driving.

"A quite complicated task at 350km/h to have to press a button when you are about to touch the brake and touch it again when you are starting to accelerate, considering that you are passing cars and a lot of things.

"Thanks to that, what we did was basically turn the pump off, it stopped sucking fuel and before accelerating we turned it back on and the car would pull for 500 meters more and we had to do it in every corner.

"That's what got us home. But there was always the doubt, because for six hours like that we didn't know what would happen. It was a long wait and suffering until the end." 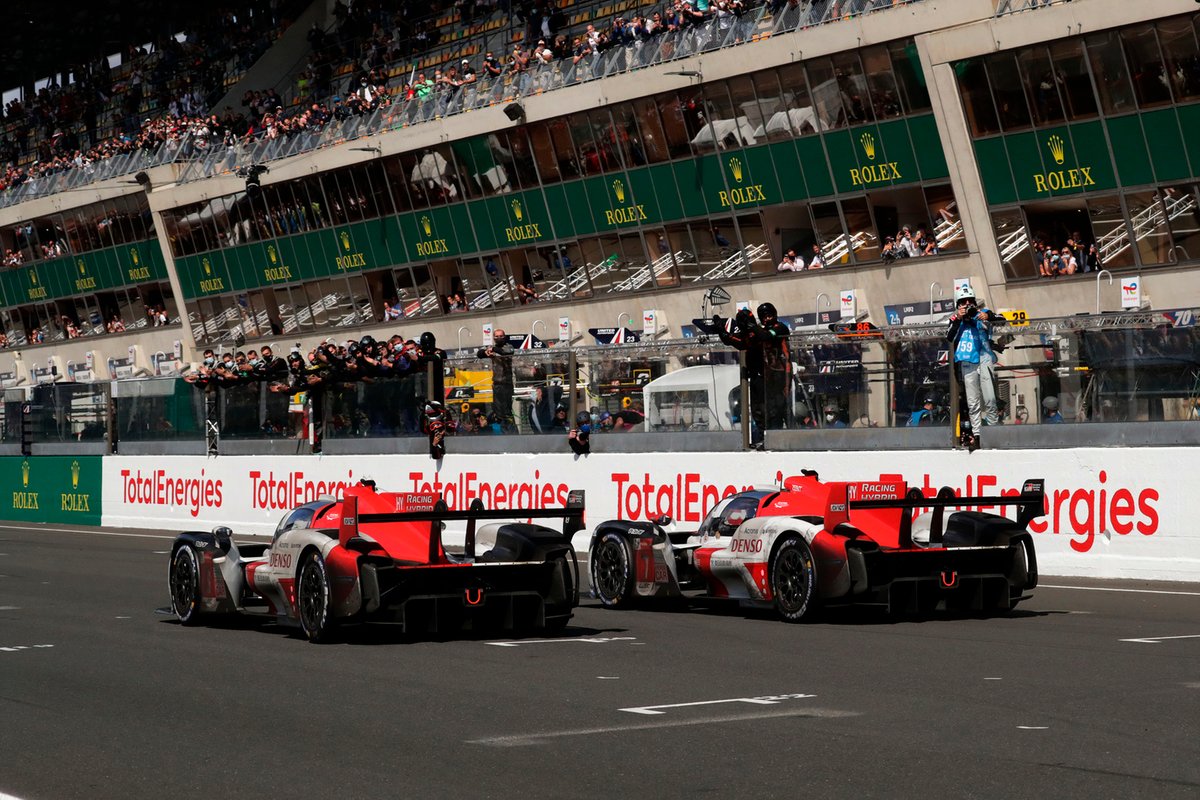 Lopez says the Cologne-based manufacturer believes an issue with fuel tanks, delivered by a subcontractor, could be at the heart of the issue but says more analysis is needed.

"The problem is being analysed well because it happened twice," the Argentine refers to the Monza incident.

"We think it could be in the fuel tanks that come from a supplier and are already built. It may have been a batch that did not go well.

"The problem was real and serious. To have an idea, car #8 had it in Monza and they lost the race, they spent more than 50 minutes in the pits, which in Le Mans is practically 14 laps.

"Having all the rivals much closer this year I don't think we would finish even in the top five or top six like that."

Lopez, Conway and Kobayashi won their first Le Mans 24 Hours with a two-lap advantage over the sister car, while nearest competitor Alpine finished third, four laps behind the winners.

Watch the full version of Will Buxton's Le Mans Special: