Developed following the high-profile deaths of NASCAR legend Dale Earnhardt and rising star Adam Petty, the SAFER (Steel and Foam Energy Reduction) barrier has been increasingly prolific across US venues.

Despite its use in the States, European venues have stuck with tyrewall and TechPro safety barriers until this weekend, when Le Mans implements SAFER on the outside of the sweeping bends at the high-speed Porsche Curves. 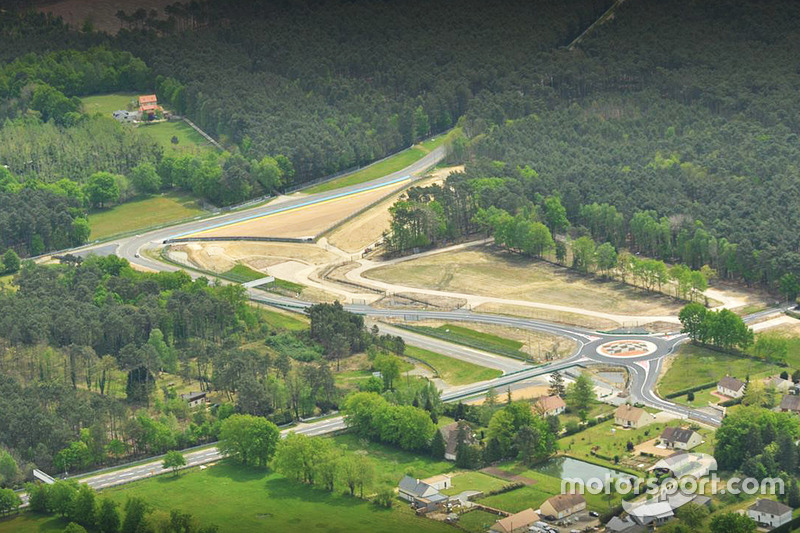 Other alterations at the fabled French venue include the installation of a new roundabout in Arnage. While this does not affect the track layout itself, it has allowed the chance to improve visibility for spectators and extra space for campers.

The Syndicate which owns the 24 Hours of Le Mans circuit (a union comprised of the County Council, the region, the greater Le Mans area and the City of Le Mans) decided that the safety of the junction, used by more than 10,000 vehicles each day, was considered to pose a risk for motorists.

"We took the opportunity to complete two projects," explained Ghislain Robert, Head of the ACO's Le Mans Resort Division. “On one hand, we improved the experience campers will have relative to roads, lighting and sanitation.

“The campground was expanded from 220 to 300 spots. Campers will now be able to set up from the Sunday before the 24 Hours of Le Mans, instead of waiting until Wednesday."

The other strategic change was a new spectator area at Arnage, located at a part of the circuit loved by fans.

Robert added: "Before, spectators could only see the cars once they entered the Arnage turn.

“Now, thanks to the new arrangement, they will be able to see the cars coming from Mulsanne and moving through the Indianapolis corner. The cars will literally drive around the spectators who are there.”