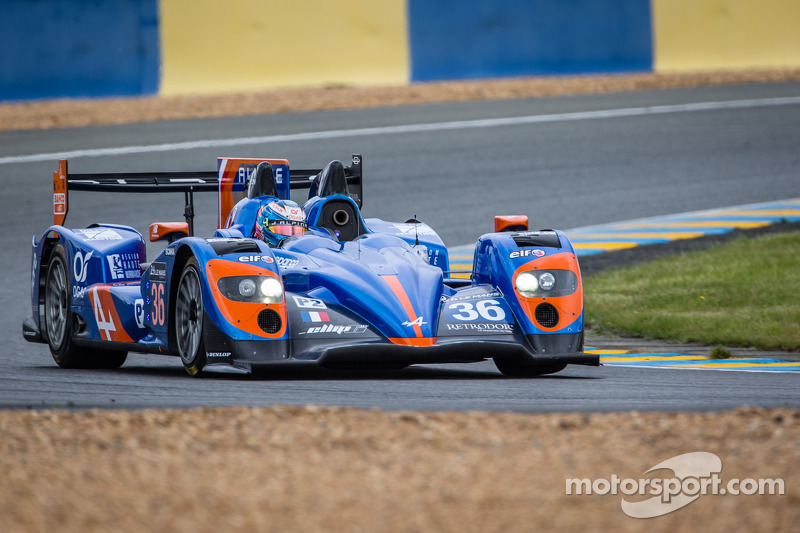 Alpine team ready to take on a tough LMP2 field

The Signatech-Alpine team completed their programme of tests planned for Test Day, and showed how competitive the Alpine A450b can be without really driving for performance. Nelson Panciatici was third-fastest in the tests and feels ready to take on the 24 hours of Le Mans.

It will be his third time on the Circuit de la Sarthe. He reached the foot of the podium in his first year and battled his way up the ranks last year. The Signatech-Alpine team, managed by Philippe Sinault, and Nelson Panciatici have turned this Le Mans 24 Hours into a major objective.

While satisfied with his test day, Nelson Panciatici knows he has to keep his cool which doesn’t stop him from having legitimate hopes of glory: “The battle for victory in LMP2 will be intense but I’m pretty sure we’ve got the performance, and our Alpine A450b is reliable. We have to stay alert because Le Mans 24 Hours is a race where you have to keep your head. A podium would be nice but we will use every opportunity to snatch a victory! I have followed a specific training programme so I can be at my best for 24 hours, it’s really important if I want to compete! Our tests gave us some good results which lead us to believe that we can be among the front-runners, and the strategies we’ve worked on should help give us an edge at the right moment. I know I can rely on my co-drivers, Paul Loup Chatin and Oliver Webb, who came up trumps in the tests. This is just my third time here but I have great support from the whole Signatech-Alpine team, and my engineer, Olivier, really helped us memorise the circuit because we won’t have many laps before the qualifiers and the race. The tests reminded me how intense the traffic can be and how hard it is to get a clear lap. It’s part of the magic of Le Mans and we have to adapt. In any case I think our chances are good!”

The fight in LM P2 will be intense with more than 20 cars signed up in this class. The Signatech-Alpine team are ready to fight for lead positions and Nelson Panciatici will do his best to help them!

What happens during scrutineering?