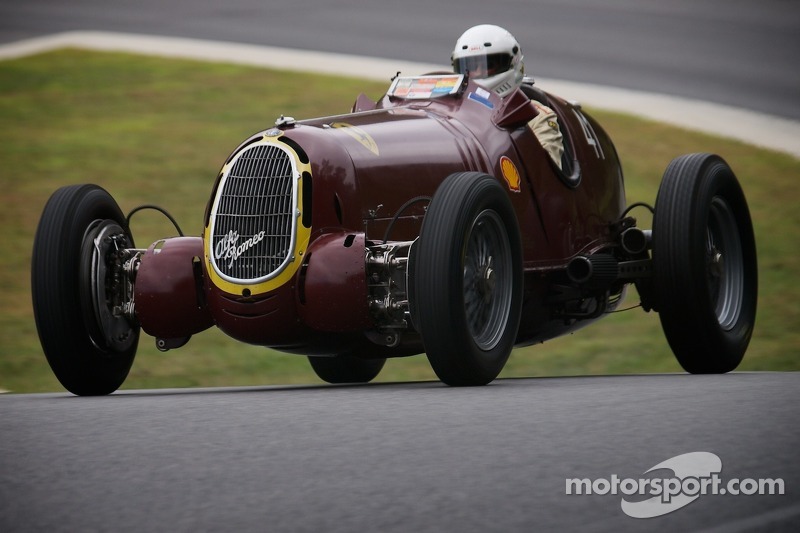 For the first time it provided an incredible retrospective for lovers of exceptional motor cars of the legendary Le Mans 24 Hours.

Le Mans Classic was created in 2002 by Peter Auto in association with the Automobile Club de l’Ouest. For the first time it provided an incredible retrospective for lovers of exceptional motor cars of the legendary Le Mans 24 Hours. The first meeting was a big success and since then its renown has grown in leaps and bounds over the events held so far: it has become a must - attend for spectators and participants every two years.

The seventh running of this not - to - be - missed biennial event for historic cars wil l take place in July in front of an increasingly large number of faithful fans (109 000 spectators in 2012 despite bad weather!). They all come to admire the cars on the track and in the paddock that have written the history of the Le Mans 24 Hours, and to join in this fantastic celebration of the motor car. 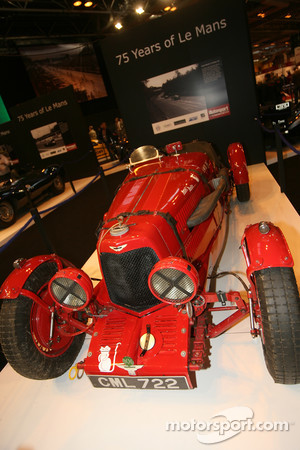 Four - hundred - and - fifty entrants are selected by Peter Auto to provide variety and historic consistency among the six grids of cars that follow one another on the track for the 24 hours. A huge selectio n of vehicles, many of which have remarkable pedigrees, take to the track and recall the historic duels in places redolent of no - holds - barred battles: Arnage the Hunaudieres , Mulsanne, Indianapolis, Tertre Rouge, etc. Le Mans Classic revisits these names t hat dot the 13,629 - km circuit usually reserved for the renowned Le Mans 24 Hours.

Once again the clubs, which are welcomed in the very heart of the event, will be given a priority environment. 8000 cars representing 160 clubs and 80 makes turned up for t he 2012 Le Mans Classic. A certain number of them took the opportunity to do a lap of the track providing a glittering parade that delighted the public.

Among the other high points of the weekend is the prestigious Concours Le Mans Her itage Club, which co nsists of 30 hand - picked cars, all of which have taken part in the Le Mans 24 Hours between 1923 and today; the Artcurial Car Auction with over 100 vehicles on display, and Little Big Man with 100 mini - racers in the hands of budding drivers aged between 7 and 12, who will do a lap of the Bugatti circuit after a Le Mans - type start.

And of course, the exhibitions galore and entertainment play a major role during Le Mans Classic and each event has its innovations.

In 2014 it will be the cinema Drive In and a retrospective devoted to cars that embody the major steps in technical evolution that have marked the legendary Le Mans 24 Hours .


The 450 cars are divided up into six grids, each one corresponding to a particular period, to give spectators and entrants alike evenly - matched fields in terms of perf ormance and historic relevance. The models selected are those that have taken part in the Le Mans 24 Hours between 1923 and 1979 with priority given to cars that actually raced at the time. Ten cars take part in both daytime and nighttime practice as reserves for each grid so that they are ready to fill in for any withdrawals and retirement s of other vehicles. The classic Le Mans herringbone - style start as given between 1923 and 1969 will be organised for grids 1 - 2 - 3 - 4. The others will have flying starts.


The famous cars that made their name in the pre - war period in the Le Mans 24 Hours a re back on the playing fields of their former exploits: Alfa Romeo 8Cs, 2 - litre Speed Aston Martins, 4.5 - litre Bentleys, BMW 328s, Bugatti 35s, 37s and 51s, Invicta Ss, LG45 and V12 Le Mans Lagondas, Lorraine Dietrich B3/6 Sports, works Talbot 105s embodyi ng their makes’ successful outings at Le Mans are all down to run. 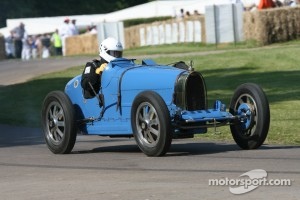 Among the cars present is an Aston Martin Ulster that came eighth in the 1935 24 Hours, the Citroën C4 Roadster from 1932, the renowned French manufacturer’s only entry for Le Mans, the Del age D6 - 70 Special, 4 th overall and 1 st in its category in 1937, the Delahaye 135 S, 2 nd overall in 1937, an offset single - seater Talbot Lago that raced in the Indianapolis 500 Miles in 1941, 1946 and 1947, after which it saw the flag in 2 nd place in the 1950 Le Mans 24 Hours. Over the years this grid has also attracted a number of less auspicious, but nonetheless interesting cars from an hi storical point of view like the MG Magnette K3s, Morgan 4/4s, Salmsons, Le Mans Singers, HRG 1500s plus one of the Peugeot 402 Darl’mat. Overall, this grid is full of an outstanding variety of makes and models making it an original retrospective of this period.


The post - war period was a turning point in motor car technology as improved engine development and the science of aerodynamics began to play an increasingly important role. The result was quicker cars designed and entered by increasingly professional works teams. Henceforth, the on - track battles were much more closely - fought between the entrants. 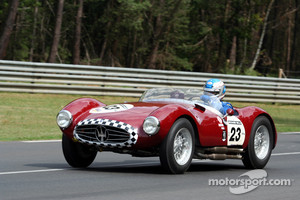 This is the scenario that the drivers in this grid at the wheel of different models of the Aston Martin DB series, the C and D - Type Jaguars, Maserati A6 GCSs and 3 00s, Austin Healey 100 Ms, Lancia Aurelias, Lotus IX, XIs, Porsche 356s and Triumph TR2s are determined to replay. Among them is an Aston Martin DB2/4, which will be driven by Hernando Da Silva Ramos, 60 years after his outing at Le Mans in a similar model .


This grid shows the arrival en masse at Le Mans of cars made in the USA with several Shelby Cobra 289s, Ford GT40s and Shelby GT 350s. Among these are works GT40s entered at the time by the well - known Filipinetti squad and the unique GT40 roadster. Among the Cobra 289s, the crowd will be able to see and hear the one driven by American Elliott Forbes - Robinson , winner of the 1997 and 1999 Daytona 24 Hours, as well as another in the hands of Michel Lecourt and Raymon d Narac representing the IMSA Performance team, which has racked up an impressive string of results in modern endurance racing. As was the case at the time, the Americans will be up against their European rivals starting with the Ferrari 250 LMs, the two o f which are at Le Mans Classic this year including the car that won the 1965 Austrian Grand Prix in the hands of Jochen Rindt, and the other the 1964 Reims Grand Prix driven by Graham Hill. One of these 250 LMs will be entrusted to Argentinean Luiz Perez C ompanc who has raced in the Le Mans 24 Hours several times . Also present are a number of Ferrari 275 GTB/Cs, an authentic ISO Grifo 3/C from 1963 with an impressive set of results, an Alpine A210 (1 st in its class and in the Index of Performance in 1969), a rare Elva GT 160, all of which help to add to the variety of this grid.


This grid provides a mouth - watering selection for specialists and enthusiasts due to the presence of numerous cars that have raced in the Sarthe Classic and, sometimes , have scored outright wins. It’s the case for the fabulous Porsche 917 which triumphed i n the 1970 race driven by Hans Herrmann/Richard Attwood. Then there’s the Porsche 907 that came 5th in 1967 with Jo Siffert/Hans Herrmann, the Ford GT40 MkII that rounded the Blue Oval’s famous triple in 1966 with Ronnie Bucknum/Richard Hutcherson, the Alf a Romeo T33/3, 4 th in 1972 with Nino Vaccarella/Andrea de Adamich, one of th e ex - NART and Filipinetti Ferrari 312 Ps, which shone in the USA at Daytona and Sebring, an authentic ex - NART Ferrari 512 S (2 nd at Daytona in 1970), an ex - Jean - Pierre Jabouille/Patrick Depailler Alpine A220 and the Matra MS 660 - 01, which did not win the Le Mans 2 4 Hours, but came first in the Paris 1000 km with Jack Brabham and François Cevert.


This is the most - up - to - date grid at Le Mans Classic and its entries include cars that left their mark on this era with pride of place going to the Alpine A442B, which scored an outright victory in the 1978 Le Mans 24 Hours with Didier Pironi and Jean - Pierr e Jaussaud at the wheel – Renault’s only overall success in the Sarthe! It will be driven by Jean Ragnotti (4 th in the same race in the A442A) and Alain Serpaggi (5 outings at Le Mans between 1968 and 1989, winner of the 1.5 prototype category in 1969 in a n Alpine A210 that’s racing in grid 4). Another French car that shone in the Sarthe Classic is the Matra 670 C, which saw the flag in second place in 1972 driven by François Cevert and H owden Ganley, behind its sister - car of Henri Pescarolo and Graham Hill. The Inaltera GT, first in the line of racers built by Jean Rondeau in 1976 is back again.

The Rondeau M378, which holds the record for the highest number of starts at Le Mans with 10, and the Rondeau M379, which won the 1980 race with Rondeau himself and Jean - Pierre Jaussaud. The BMW 3.0 CSL that won the 1973 Spa 24 Hours with the duo Toine Hezemans - Dieter Quester is also part of this grid without forgetting some of the old NASCAR cars: a Chevrolet Monza, Porsche’s great rival in IMSA, a Ford Gran Torino a nd a Dodge Charger. Another focal point of interest is a Mirage GR7, one of which came home 4 th in 1974 with Derek Bell and Mike Hailwood, as well as the 1972 Duckhams driven by its owner (driver and owner of the OAK Racing team) Jacques Nicolet . Rounding off this rich field is the Tecma 755, the home - built design by Philippe Mettetal entered in the 1975 24 Hours for Jean Ragnotti and Pierre - François Rousselot. Among other well - known drivers in this grid are Eric Hélary (Chevrolet Corvette C3), Gérard Larro usse victorious in 1973 and 1974, and Jürgen Barth who will team up in a Porsche 911 RSR Turbo.