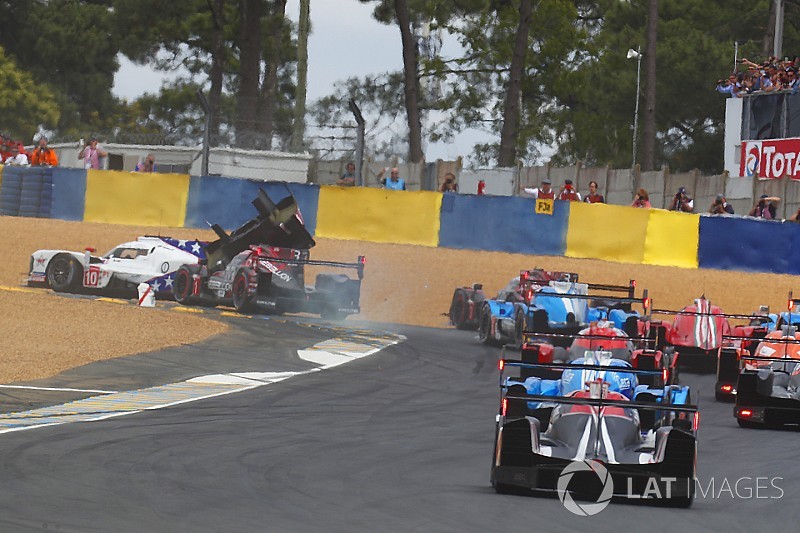 Toyota held a commanding advantage after the first hour of the 86th running of the Le Mans 24 Hours, with Sebastien Buemi leading Mike Conway.

Conway grabbed the lead in the #7 TS050 Hybrid from poleman Buemi as the field approached the Dunlop Chicane for the first time, as Andre Lotterer's third-place #1 Rebellion R-13 lost its nose section after running into the back of the #8 Toyota. 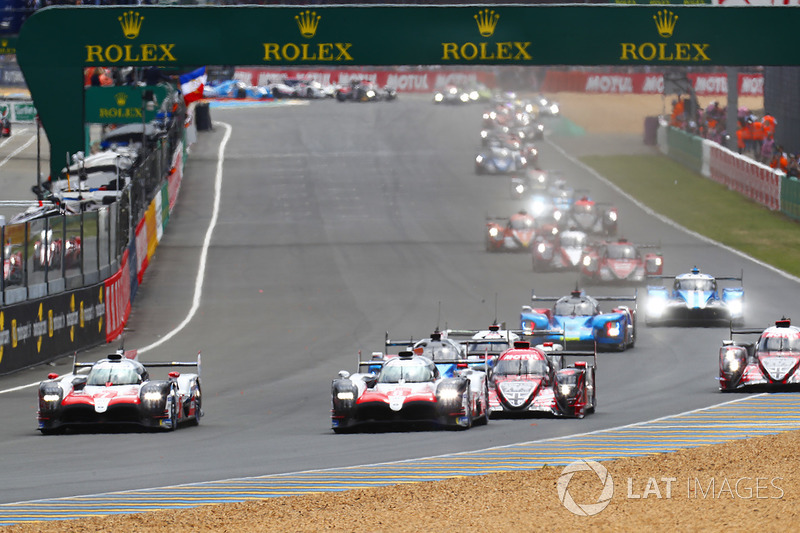 The loose nose tipped Ben Hanley's #10 DragonSpeed BR1 into a spin at the chicane, but the Briton was able to continue, albeit well down the field. Lotterer was able to get the #1 car back to the pits for a fresh nose after likewise falling back.

Out front, Conway and Buemi exchanged the lead a couple of times, with Buemi ultimately getting the upper hand and then pulling out a comfortable buffer in the first round of stops. At 1600 local time, the Swiss driver held a lead of 18 seconds.

Stephane Sarrazin was third in the best of the non-hybrids, the #17 SMP Racing BR1, albeit over a minute down on the lead, followed by Thomas Laurent in the #3 Rebellion and Vitaly Petrov's #11 BR1.

ByKolles driver Tom Dillmann was seventh in class, behind the leading LMP2, after failing to get away for the start of the formation lap in the ENSO CLM P1/01-Nissan.

Alex Brundle had run sixth in the early part of the race in the #6 Manor Ginetta after avoiding the first-lap incident before dropping to eighth, but slowed towards the end of the hour before making a pitstop and dropping to 22nd. The #6 Ginetta was 29th and last of the LMP1 cars, three laps down. 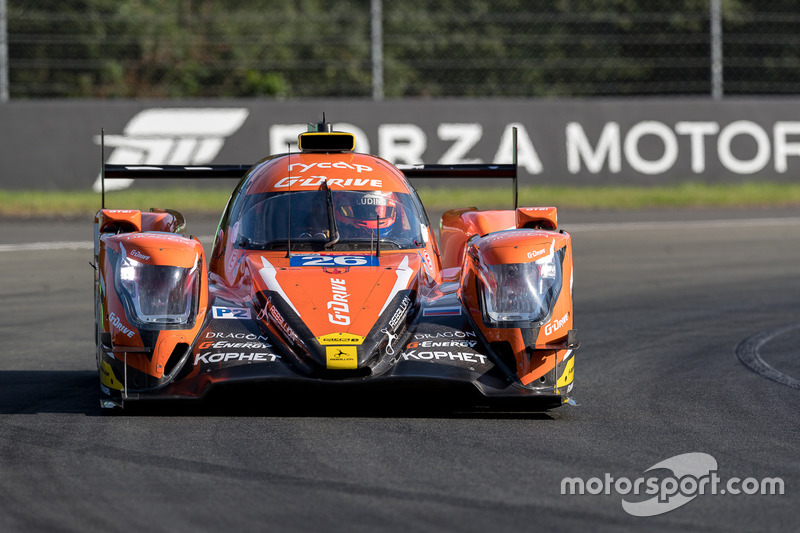 Jean-Eric Vergne led a 1-2 for TDS Racing in the #26 Oreca entered under the G-Drive banner.

The Frenchman had dropped to seventh after a cautious opening lap, but took the lead after pitting from sixth on lap nine, one lap later than the leading trio comprising Nathanael Berthon (DragonSpeed Oreca), Paul-Loup Chatin (IDEC Sport Oreca) and Loic Duval (TDS Oreca).

Duval emerged from that group ahead as Berthon fell back to tenth, but rejoined 2.6s behind Vergne, who continued to build his lead up to 7.1s by lap 16, at times lapping a over second quicker than anybody in the low 3m29s.

Nicolas Lapierre was another to benefit from a good first stop to leapfrog from fifth to third in the #36 Signatech Alpine, while Chatin ended the first hour in fourth, but with a steward's investigation hanging over him for a potential infraction at his first stop.

Former F1 driver Will Stevens was the best of the Ligier runners in fifth, 24 seconds behind at the end of the first hour in the #23 Panis-Barthez Competition entry.

Defending winners Jackie Chan DC Racing had a difficult start to the race when Jazeman Jaafar brought the #37 Oreca slowly back to the pits on lap two. The Malaysian emerged after repairs four laps down. 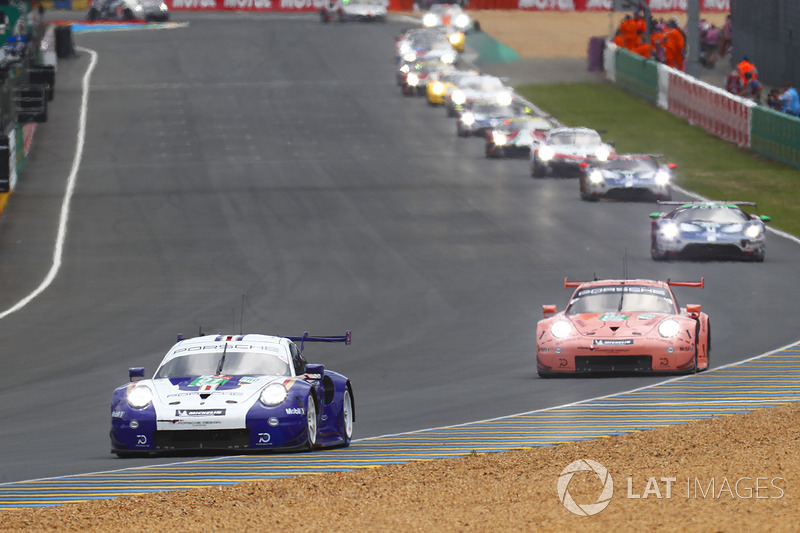 Porsche led the GTE Pro category after the first hour, with the #92 Michael Christensen taking the advantage over the sister #91 car thanks to an early first stop.

Poleman Gianmaria Bruni and Kevin Estre led the field away at the start, edging away from Stefan Mucke's #66 Ford, and both Manthey drivers held station until Estre pitted on lap 10 to hand over to Christensen.

When Bruni led the majority of the field in the next time by, Christensen assumed a slender lead, while Dirk Muller managed to leap to second in the #68 Ford ahead of Bruni.

Also gaining ground was Patrick Pilet in the #93 Porsche, who got ahead of James Calado's #51 Ferrari to take fourth during the stops, while Mucke in the #66 Ford slipped to sixth.

The German then lost further ground in his second stint and was eighth behind Antonio Garcia's #63 Corvette and Alexander Sims's #81 BMW at the end of the opening hour.

Leading GTE Am was Ben Barker's #86 Gulf Racing Porsche after taking an early first stop that leapfrogged the British-entered car 10s ahead of Giancarlo Fisichella's #54 Spirit of Race entry.

Poleman Matteo Cairoli slipped to third in the #88 Dempsey-Proton Porsche, just behind Fisichella.

The Le Mans 24 Hours as it happened