Alpine split the Toyotas in the final practice ahead of this weekend's Le Mans 24 Hours, the blue riband round of the FIA World Endurance Championship.

Nicolas Lapierre got within three tenths of Kazuki Nakajima's time-topping Toyota during the fourth period of free practice that followed the Hyperpole qualifying session.

Nakajima set the pace from the beginning of Thursday evening's night session in the #8 Toyota GR010 Hybrid, ending up on a 3m27.994s.

Lapierre posted an improvement with 40 minutes to go, getting down to a 3m28.280s aboard the Alpine A480. Pole winner Kamui Kobayashi improved to a 3m29.567s late in the session but remained third in the #7 Toyota.

Franco Colapinto took LMP2 honours in the G-Drive Racing's lead entry. The Argentinian took the top spot with 3m31.414s set early in the session aboard his Aurus-badged Oreca 07-Gibson.

That put him nearly half a second up on Job van Uitert's 3m31.862sin the TDS-run Racing Team Nederland Oreca. 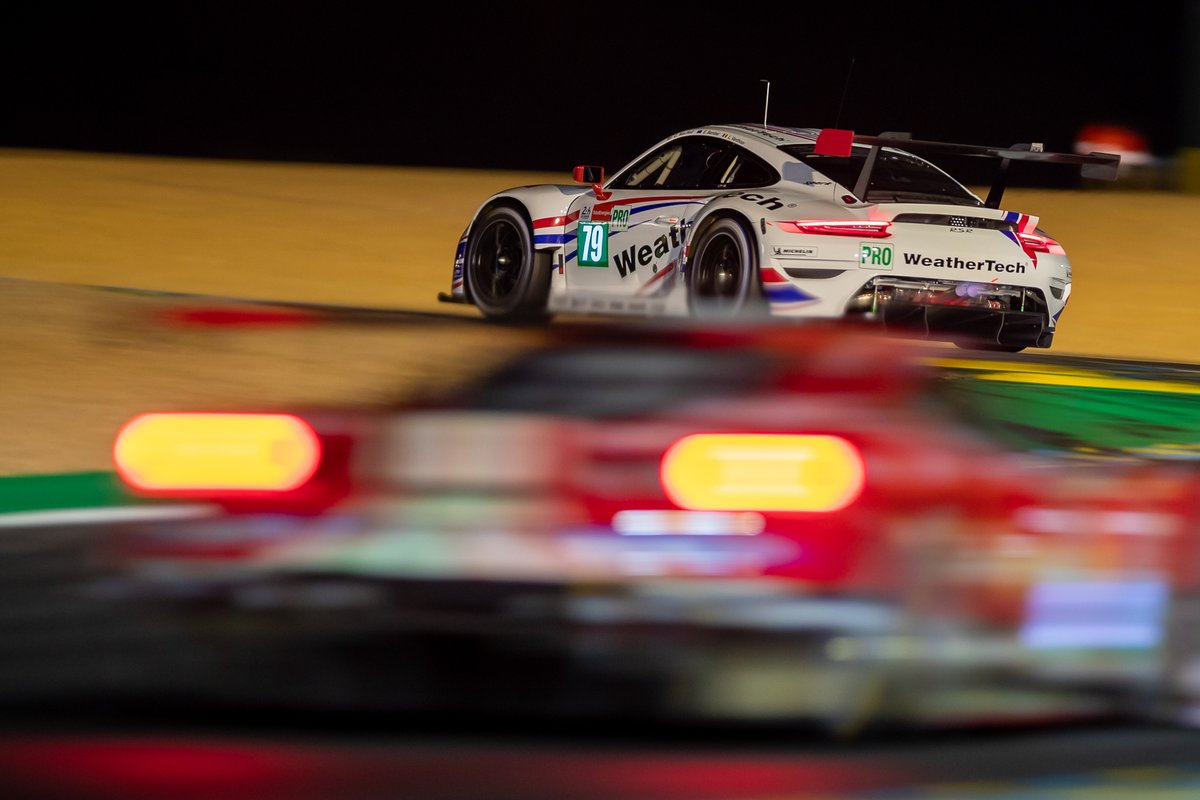 The Belgian's 3m48.246s aboard the Proton-run WeatherTech Porsche 911 RSR-19 put him a second clear of Gianmaria Bruni in the only factory Porsche to take part in the session.

Bruni's 3m49.334s had leapfrogged him to the top of the times ahead of the two Chevrolet Corvette C8.Rs halfway through the session. Antonio Garcia ended up third with a 3m49.406s ahead of Alexander Sims, who was just behind on 3m49.684s.

GTE Am honours went to the AF Ferrari of Nicklas Nielsen, who was just over a tenth up on Optimum-run Inception Racing Ferrari in Ben Barnicoat's hands.

The session was halted 15 minutes before its two-hour duration was complete when Ollie Millroy put the Inception Ferrari in the barriers at the Ford Chicane.

Fifty-eight of the 62 cars entered for the race took part in FP4. Those missing included the #92 factory Porsche crashed by Kevin Estre during Hyperpole qualifying.

Track action resumes at Le Mans at 1130 local time with the 15-minute warm-up session ahead of the 1600 race start of the 89th edition of the 24 Hours.