Le Mans 24h: Drama as #7 Toyota loses lead with an hour to go 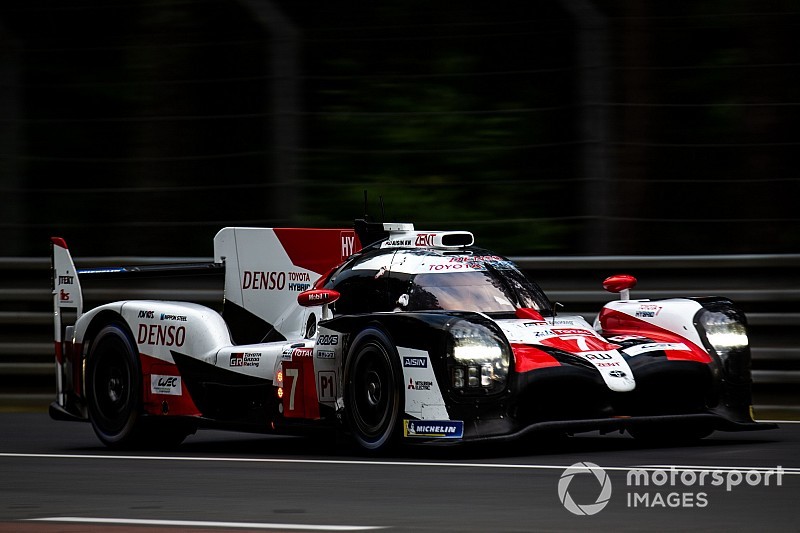 Kazuki Nakajima took the lead of the 2019 Le Mans 24 Hours for the #8 Toyota TS050 Hybrid crew inside the final hour after the long-time leading #7 Toyota slowed.

Onboard footage showed that Lopez was stuck in third gear, with his steering wheel telling him he had a puncture, going down the Mulsanne straight, having been over two minutes clear of the #8 Toyota the lap prior.

Lopez brought the Toyota into the pits at the end of the lap, after limping for the majority of the eight-mile circuit, and handed the lead to Nakajima.

Lopez had already served what was likely to be the penultimate stop for the Toyota near the close of the hour, stopping ahead of the #8 in what has been the conventional strategy for the manufacturer.

Since his pitstop, the car is back up to speed and lapping competitively, but is now a minute behind.

Nakajima will take the #8 Toyota to the flag after taking over from two-time Formula 1 champion Fernando Alonso following the completion of his final stint.