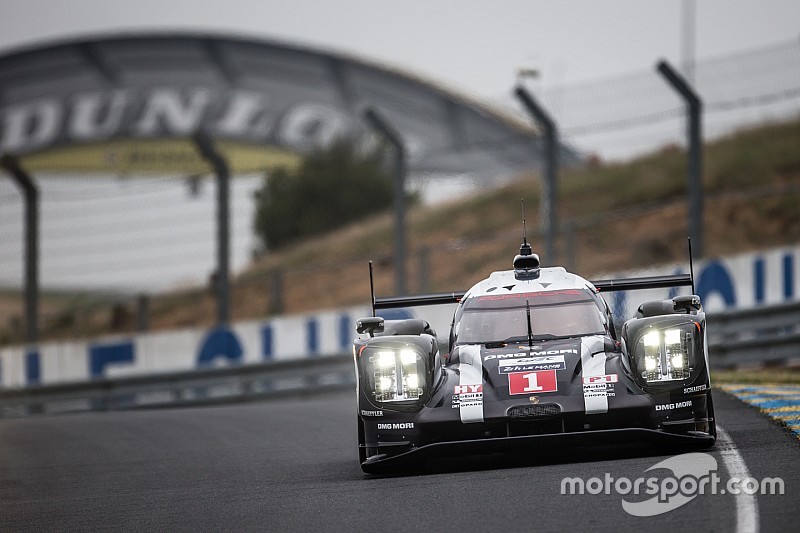 As race week for the legendary Le Mans 24 Hours gets under way, Sam Smith guides you through all the runners and riders in the French endurance classic - starting with the overall victory contenders in LMP1.

The 84th edition of the Le Mans 24 Hours sees the prospect of all three LMP1 manufacturers battling for the honour of taking victory in what many believe to be the world’s greatest motor race.

Each of the big three manufacturers in the top division – Audi, Porsche and Toyota - can stake a valid claim to be in with a good chance of being atop the podium just after 3pm local time on Sunday.

LMP1 may be short on entries this year, with just nine (down on 14 from last year with the exodus of Nissan and the reduction in Porsche and Audi presence), but the quality is solid enough.

The three manufacturer teams each bring their own advanced technological packages to the Circuit de la Sarthe, and on the evidence so far, less than a second separates all six cars over the 8.469kms track.

So, the ingredients for 2016 providing a classic race are there. Porsche, Audi and Toyota are as closely matched as they ever have been, and each has big motivation to go out and claim one of the biggest prizes in world motorsport.

Porsche wants to continue the winning momentum of 2015 and further extend its position as all-time winner of Le Mans with an 18th victory; Audi is aching to wrest the crown from its VW Group cousins and notch up a 14th win; Toyota has to heal and then banish its 2015 annus horribilis and offer at least a credible challenge to take a long overdue maiden Le Mans win.

A heady mix of rivalries is set to meet this weekend. Joy and dejection, the explicit emotions of Le Mans, await. 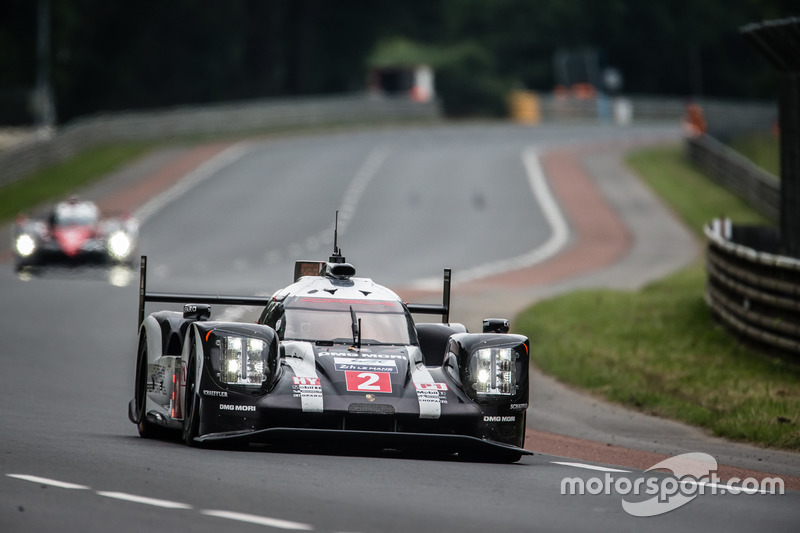 Porsche has sharpened and perfected the WEC title-winning 919 Hybrid concept over the off-season, accumulating a remarkable amount of mileage in an attempt to mature its winning 2015 Le Mans car.

So far this season, Porsche has proved it has the quickest package, but the various failures to convert performance into points ensures the delicious prospect of a necessary fightback in the WEC points standings.

A weight-saving programme on the 2-litre V4 engine has increased frugality for the 919 Hybrid, while the electric motor has been improved along with an enhanced lithium-ion battery.

This however has now been reverted back to 2015-spec after problems within the cells of the battery at Spa hamstrung the #2 car. The big question now is, will the enforced battery change affect facets of performance?

A major development effort on the inter-connected suspension and re-engineered axle system has offered up exceptional speed in the first two WEC rounds, although some poor judgement with an incident for Brendon Hartley at Silverstone, as well as ill-fortune with punctures and reliability scares still show that there are some aspects that Porsche’s incredible testing efforts cannot forecast.

The driver line-up is impressive and stable. Like last season, Hartley and Neel Jani are the stellar pace performers. However, wily campaigners such as Timo Bernhard and Romain Dumas are likely to be the strong foundations of putting a Le Mans-winning performance together.

With Mark Webber and Marc Lieb each having vital attributes too, there really isn’t a weak link. 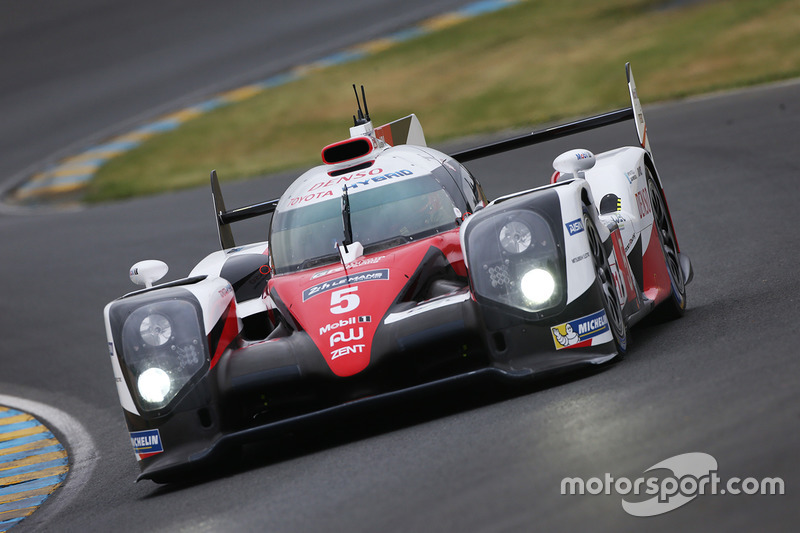 Last year was agonising for Toyota, as the Japanese marque was reduced to a bit-part player in what should have been a sturdy WEC title defence.

That frustration has been impressively dealt with throughout different strands of the Cologne-based operation, not least the R&D and Production departments, which have worked exhaustively since last May.

A complete overhaul of the car and power-unit has seen, on Spa evidence at least, a major improvement. The new TS 050 Hybrid, with a fresh engine - a 2.4-litre twin-turbo, as opposed to 3.7-litre normally aspirated unit of the past - has breathed fresh life into the team.

Now with 8MJ of energy retrieval via lithium-ion batteries, as opposed to the supercapacitor system, the Pascal Vasselon-directed technical department has been busy since the early part of 2015, when it became plain they had to act decisively just to catch the opposition.

Aerodynamically speaking, the modus operandi of the designers has been to create ‘super slippery’ aero on the TS 050. At Paul Ricard it was hugely quicker than its admittedly higher downforce-spec opposition.

Still, the TS 050’s could hold all the aces when it comes to race pace. A quiet air of confidence is likely to get steadily more audible as the race matures.

The early end to the test day, due to Oswaldo Negri’s accident on the Mulsanne Straight, looks to have ensured that Toyota Gazoo Racing will keep much of its powder dry, at least until qualifying. No new tyre runs were completed in the quicker afternoon session when a potential crack at Porsche’s best time is believed to have been within range.

Kamui Kobayashi has come in to the fold to replace the (semi-) retired Alex Wurz and join Stephane Sarrazin and Mike Conway in the #6 TS 050 HYBRID. The Japanese has shown good pace, but some within his team talk of a slightly abrasive manner with the car. This will need to be reined in somewhat at Le Mans. 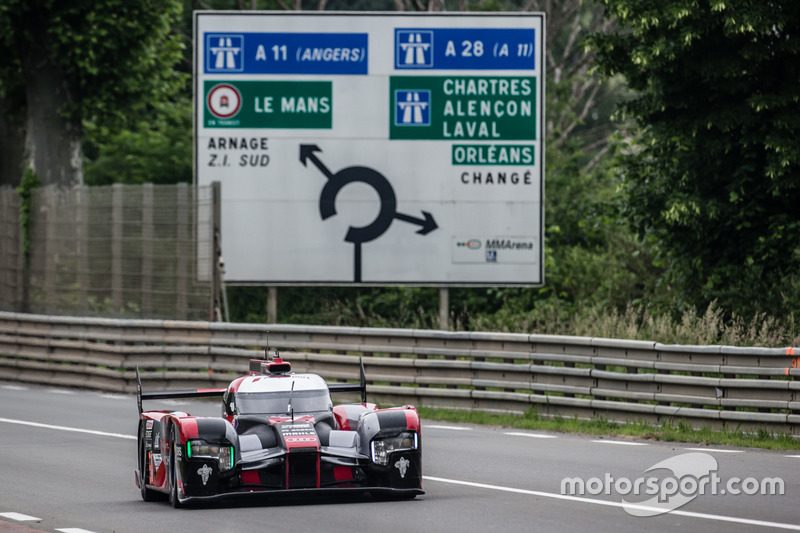 As per Toyota, Audi has opted for lithium-ion batteries rather than the old flywheel for storing its recovered energy this season as it upgrades from the 4MJ to the 6MJ energy retrieval sub-class.

One of the key improvements on the 2016 version of the R18 is the weight-saving and packaging. The diesel engine is heavier than its rival petrol units, so the new concept features a new cockpit position with vastly altered ergonomics for the drivers.

Audi has worked wonders to get the all-new R18 to be so quick from the off. There have been issues, and the initial phase of testing at the end of 2015 was difficult, but huge progress has been made on both the reliability and performance side since.

The German marque didn’t have any technical issues at Spa last month, yet the pace of the cars was disappointing. This was mainly due to the fact that both were running in low-drag Le Mans trim and struggled in the second sector in particular.

This is likely to be looked at in greater detail after Le Mans, when the quest to win back the WEC titles becomes the top priority. At La Sarthe however, the striking R18s are sure to be quick and have a real chance at dictating the pace during the first 10-12 hours at least.

Both the #7 and #8 cars have well-balanced driver squads. Andre Lotterer, along with Jani, Buemi and probably now Hartley, has the most devastating pace in the field. But the German also has staying power over a long stint and a ruthlessness through traffic that has even the most experienced GT drivers often gasping in nervous admiration.

Lucas di Grassi is emerging quickly as a special and well-rounded performer. Like the Brazilian's test day lap of 3m21.375s suggested, the #8 Audi, which also boasts Loic Duval and the increasingly confident Oliver Jarvis on the driving strength, could be a good bet for a potential win. 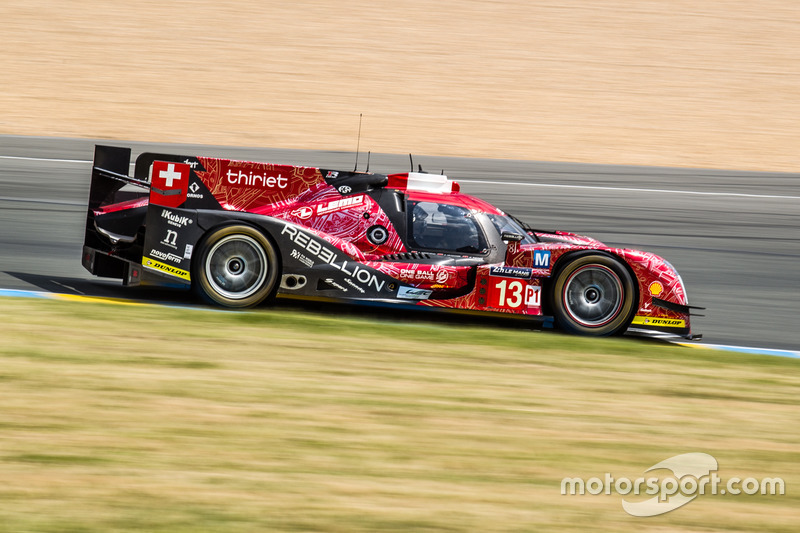 Rebellion Racing can be proud of its achievements so far this season, as the reliability issues of 2015 have been addressed and the R-One's pace has increased. Yes, the Swiss squad got some small breaks from the rulemakers, yet they are performing at a very high level as an operation.

The constituent parts of this team are impressive. Both cars have very capable line-ups on the driving side, but there is also strength in depth with wily and experienced engineering leaders, such as Ian Smith (ex-Nissan and Creation) and James Robinson (ex-McLaren, Arrows and Williams F1 engineer).

Led by the calm and efficient Bart Hayden, Rebellion is one of the best privateer teams in the world, whatever the series. But can they get on the podium, like they did at Spa?

It is unlikely but still a possibility, and a lot rests on AER’s V6 turbo unit and also how quickly the LMP1-H cars recover from any problems.

But, if they hang in there, and the big boys falter, and falter significantly, then Rebellion are leading candidates to take advantage and go one better than their excellent brace of fourth place finishes in 2012 and 2014. 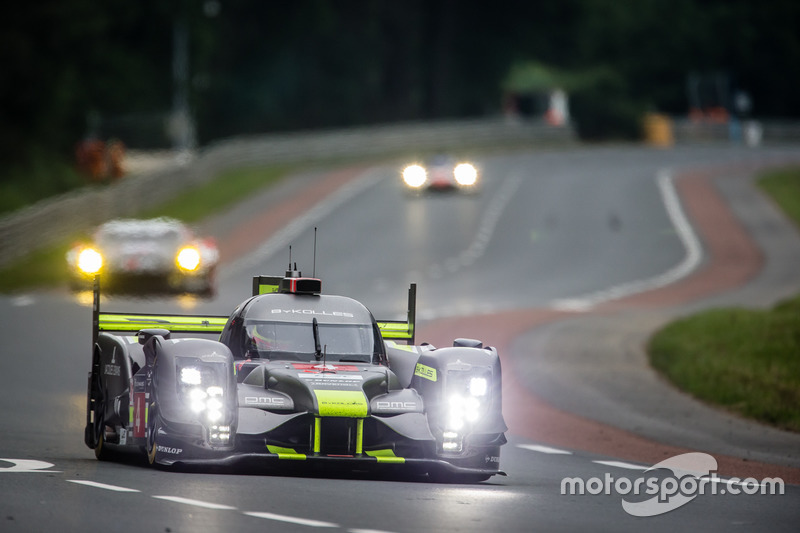 Utilising the same power as Rebellion Racing with the AER V6, the ByKolles operation has worked hard on its creation, still bizarrely dubbed the CLM P1/01.

It has shown flickers of pace, but it is not in Rebellion’s league and finished the recent test day six seconds away from its only LMP1 privateer rival.

A lonely race therefore seems to be in the offing for the Colin Kolles-fronted operation, although you’ll be hard pressed to see the controversial former Midland, HRT and Caterham F1 chief, as he rarely frequents the paddocks these days.

The relative lack of pace from the car is a shame, because Oliver Webb and Pierre Kaffer are both top draw drivers. Simon Trummer is aiming to carve a niche in endurance racing and is still learning his craft.

An overall top 10 finish at Le Mans would be a major result for the German based, Austrian entered team.

Check back in the coming days for our full guide to the LMP2, GTE Pro and GTE Am classes in the Le Mans 24 Hours.

Corvette Racing at Le Mans: Time to take on the world once again