The last six hours at Le Mans have been much tamer than the six that preceded them. There's been just one safety car period since the six hour mark, and that was 5 hours ago! The No. 7 Toyota continues to blister the field with an advantage that reaches up into the two minute mark as the Audis desperately chase it.

First of all, click HERE if you want to see what happened in the first six hours. We won't be going over that here.

Below is a video of the accident that prompted the only safety car period in the last six hours...

The wrecked race car above is the KCMG #47 machine, which is two wrecks removed from when it was leading the LMP2 class. The car has since retired from the event, and he has a lot of LMP2 cars accompanying him.

In fact, we've had eleven retirements in the first twelve hours; five of which are LMP2 cars. The No. 13 Rebellion and the No. 3 are also among those on that unfortunate list. The #20 Porsche's day has gone from bad to worse. Besides being a little bit off the pace, they've had two offs, both coming at Arnage. The sister Porsche also went off there in a separate incident.

In GTE Pro, it's been a thrilling battle between these two manufacturers, with the #51 Ferrari also mixing it up at times. 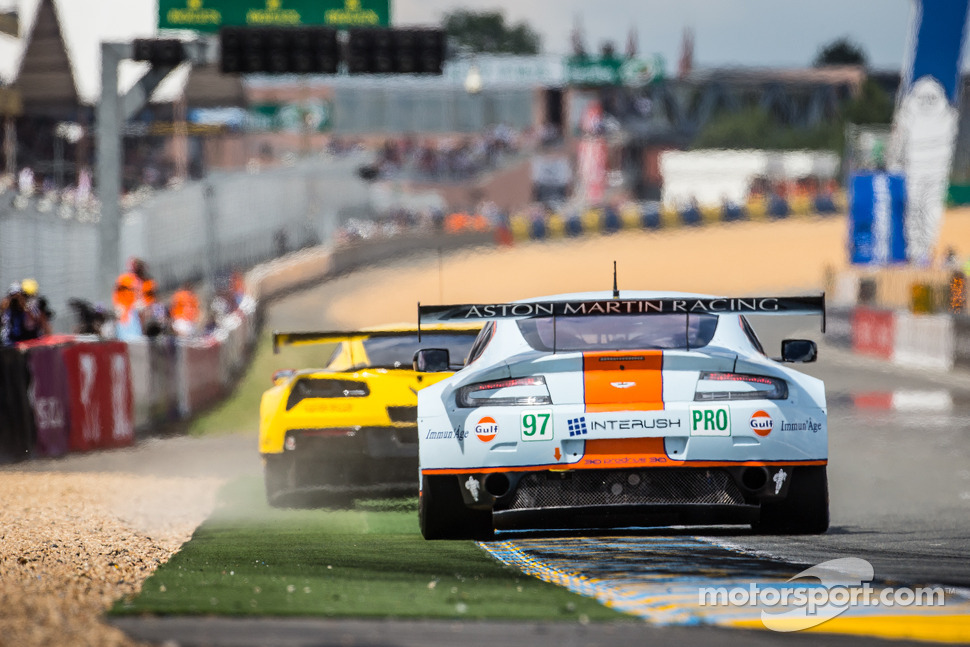 There was a bit of a controversy surrounding a penalty handed down to the Dempsey Racing Porsche. Race control nailed them with a three minute stop-and-go penalty for spinning their wheels in the pit lane. Many believe the punishment was way too harsh for how little they did spin the wheels. They were leading all GTE cars at one point during this race.

The No. 98 Aston Martin was leading GTE Am for a while before they encountered some mechanical issues that left them 11 laps down and out of contention. Their sister car (#95) took over command of the class and still holds it.

And here's some random info for those of you craving it (no pun intended); this is what Audi is fueling its crew with.

Since we transitioned from day to night during this portion of the race, Motorsport.com got some awesome photos that we can't help but show off! 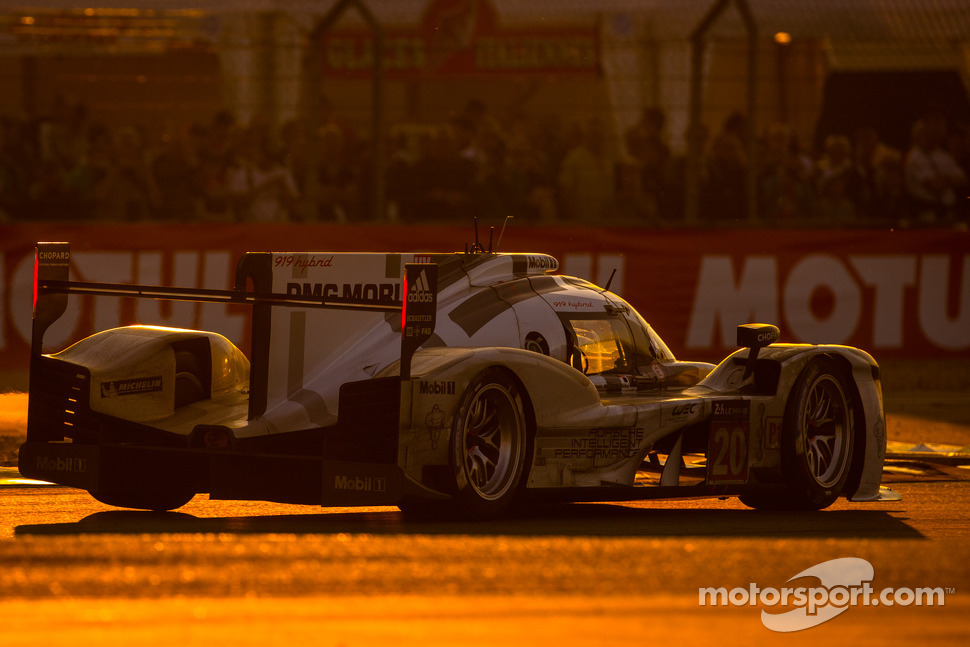 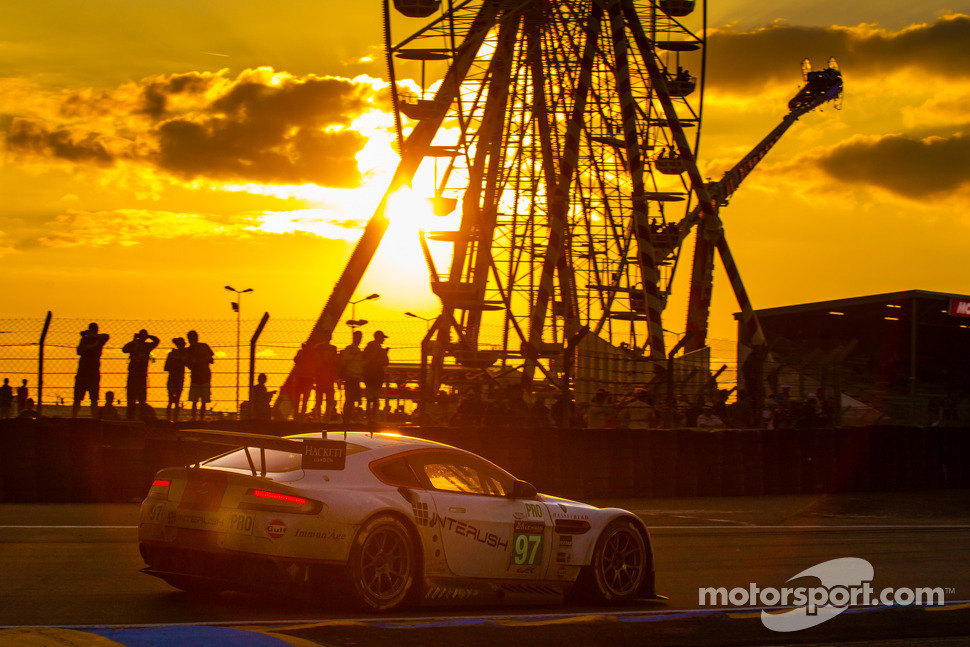 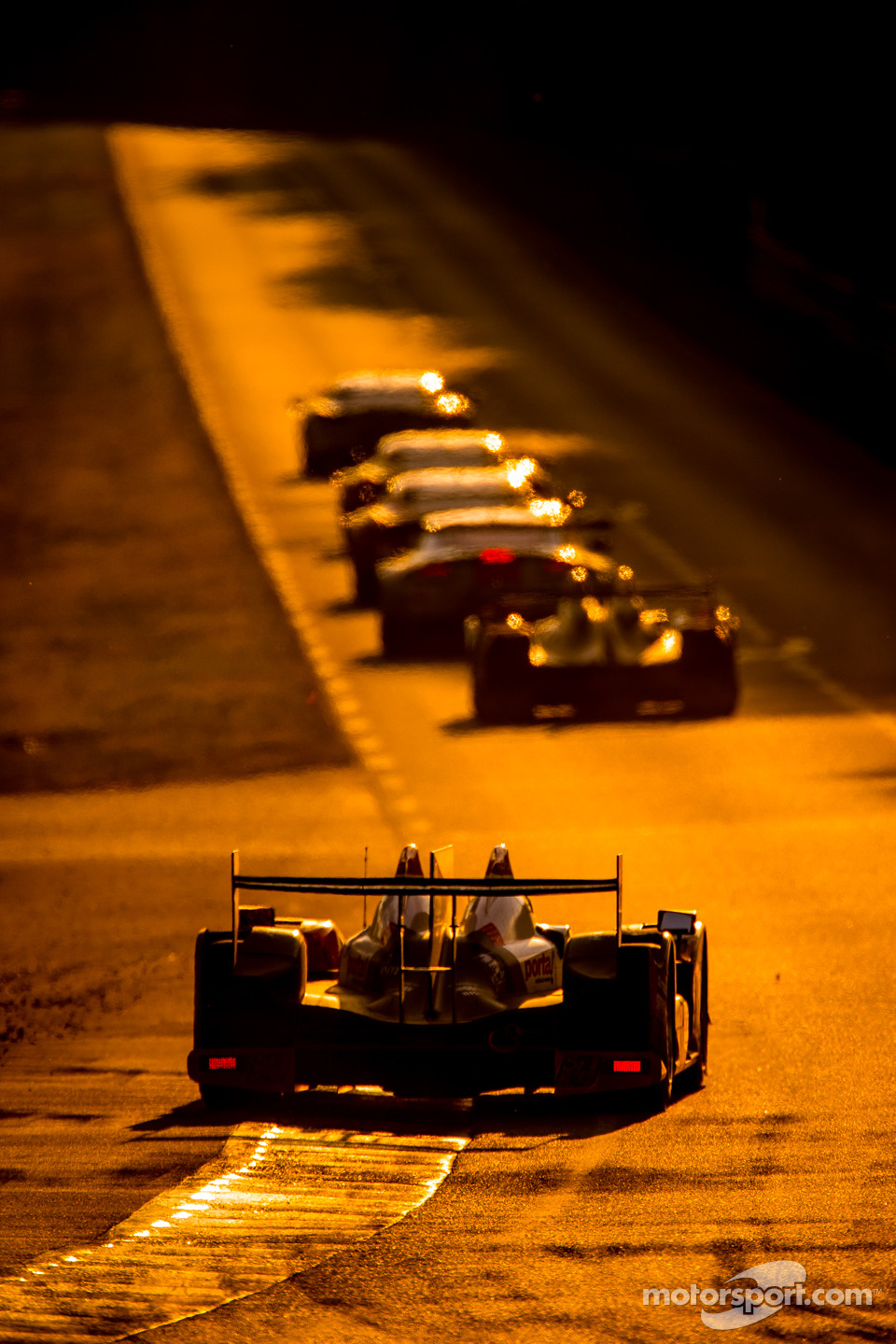 Well, that's what the running order was at the 59th minute of the 11th hour. The No. 1 Audi has slowed on the Mulsanne Straight and lost the final spot on the podium to the No. 20 Porsche. Once back to the pits, it was wheeled directly into the garage. It returned with Di Grassi at the helm, but not before losing a precious 10 minutes.

Audi rises with the sun: The No. 7 Toyota hits major trouble