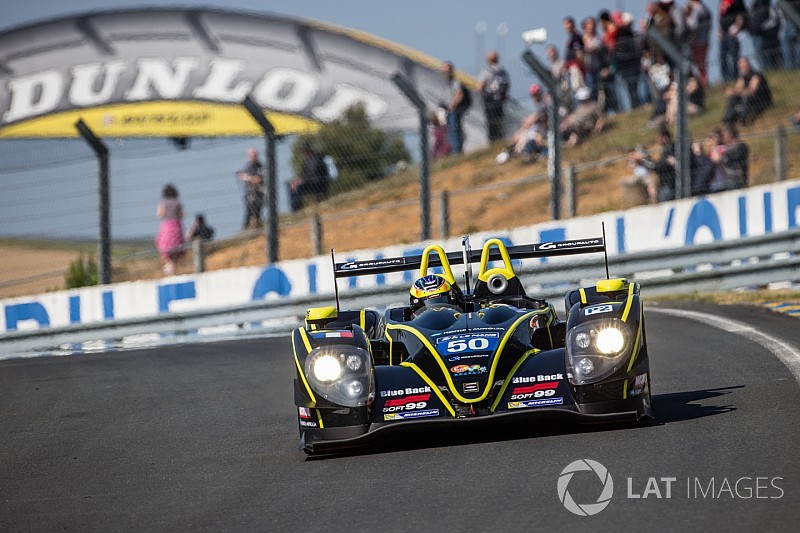 Multiple Le Mans 24 Hours class winner Larbre Competition is set to make its 25th start in the French enduro this June in the LMP2 ranks.

The French team, which has taken five class victories at Le Mans since its debut in 1993, has entered a Ligier-Gibson JS P217 for the French endurance classic on June 16/17.

Larbre will dovetail its assault, which is dependent on the acceptance of its entry, with a campaign in the Michelin Le Mans Cup on the European Le Mans Series undercard with a pair of LMP3-class Ligier-Nissan JS P3s.

Larbre will be fielding a prototype for only the second time at Le Mans.

It competed in the 24 Hours in 2014 campaign with a Morgan-Judd/BMW LMP2 (pictured above) built by Onroak Automotive, which now uses the Ligier name for its prototypes.

Team boss Jack Leconte said: "We wish to use our 30-year experience in endurance racing for a new adventure, heading towards the LMP2 and LMP3 classes.

"Choosing Ligier was obvious, as it allows us to compete in two classes, and work with Onroak Automotive again."

The entry list for Le Mans is set to be announced on February 9.

Larbre contested only a limited programme last year around Le Mans, taking in the Monza ELMS round in May with its Corvette in preparation for the 24 Hours.

Risi Ferrari teams up with Keating for Le Mans entry