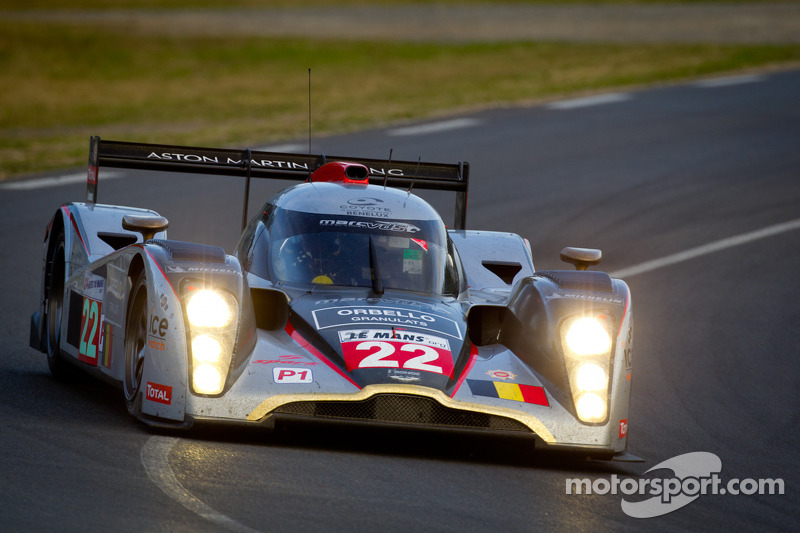 La Sarthe, June 2011. The Kronos Racing/MarcVDS Aston Martin DBR1-2 this afternoon fulfilled its pre-race ambition of getting to the end of the 79th Le Mans 24 Hours. 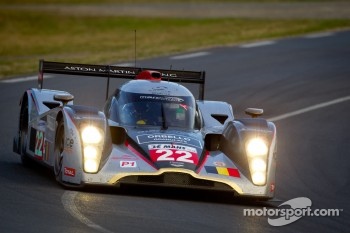 It marked the 52nd time that an Aston Martin has finished the gruelling race since the British marque first appeared at La Sarthe in 1928.

A wheel-problem for Ickx, in the opening hour was swiftly rectified, but that was the extent of the team’s worries during the round-the-clock French enduro classic.

Kronos/MarcVDS Team Principal, Marc van Dalen said: "What can I say? It's a dream come true. Three months ago we were not sure if we were going to be here and now look! It was a big human effort from the team. We got to know each other quickly and we built something special."

Vanina Ickx: "I am so proud of the team right now. They have put in so much effort, working together and not sleeping for days and days. It all paid off and it was a great 'victory' for everyone."

George Howard-Chappell, Team Principal, Aston Martin Racing said: “I would like to congratulate the Kronos Racing/MarcVDS team for their valiant effort in the build-up andover the past 24 hours. They have achieved their overall objective in a calm professional way flying the flag for Aston Martin customer teams. I am sure they will celebrate well tonight!”

Corvette Doubles Up In GTE At Le Mans