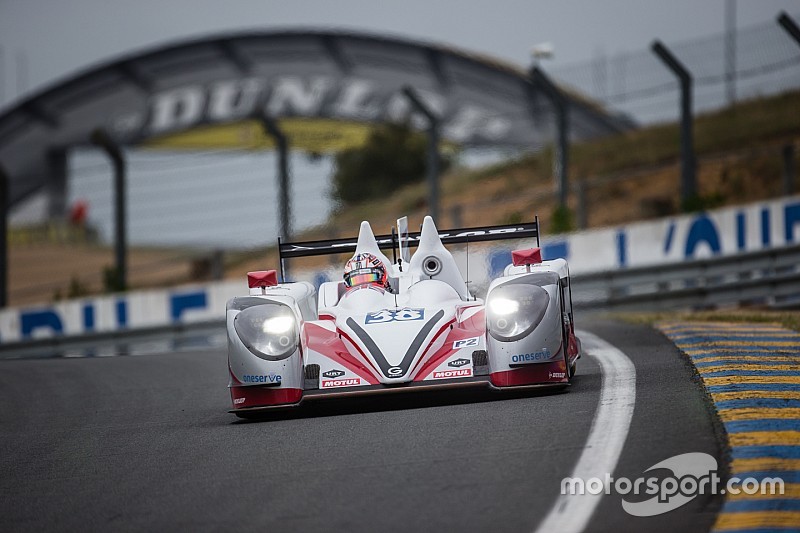 This year will be tougher with the new cars that have looked very strong in previous races this season.

With Albuquerque and Tincknell on “factory” duty with Audi Sport and Nissan NISMO respectively at Le Mans, Turvey and Evans feature in the team’s Le Mans line-up. Renault 3.5 and GP2 Series race winner Turvey, a McLaren Formula 1 test and development driver who is also competing in the Japanese Super GT Championship this year, will be making his third consecutive Le Mans appearance with JOTA. Evans, meanwhile, competes for JOTA for only the second time having made his team and sportscar race debut at Spa (2 May). The protégé of ex-Formula One race winner and Porsche “factory” driver Mark Webber is a GP2 and GP3 race winner and recently scored a GP2 podium finish in Barcelona.

JOTA recorded the fifth fastest LM P2 time in the “official” test day at Le Mans recently (31 May) – staged in continually changing weather conditions – and successfully passed the required technical checks today (7 June) staged in Le Mans town centre. First on-track action is Wednesday afternoon with qualifying around the 8.47-mile track for grid positions for the 56-cars contesting the 83rd running of the Le Mans 24 Hour on Wednesday and Thursday evenings. The race is scheduled to start on Saturday at 2pm (UK time).

Simon Dolan (GB). Age 45. Born: Chelmsford, Essex. Lives: Monaco (MC): “I can’t wait for the Le Mans race to start. We obviously have such happy memories there from last year and we’re all gunning 100% to defend our title successfully. This year will be tougher with the new cars that have looked very strong in previous races this season. Meanwhile the driver line-ups are world class. Last year’s race was close and I’ve a feeling this year could be even closer! We will, of course, all miss Harry [Tincknell]. That said we have a fantastic replacement in Mitch who proved just what a great driver he is with his incredible debut sportscar drive at Spa.”

Mitch Evans (NZ). Age: 20. Born: Auckland, New Zealand. Lives: Aylesbury, Bucks, UK: “I am really excited to compete in my first Le Mans 24 Hours. I think it will all become a bit more real when I get there at the beginning of race week – I’d never been there until the test day recently. The race throws absolutely everything at you on, and I’ve been told, off the track too which combines to make it one of the most challenging and unpredictable races in the world. It’s a race but one of the biggest challenges is actually ‘beating’ it through the entire 24 hours if that makes sense. It’ll be a very long week in Le Mans but I can't wait to experience it all!

“My father [Owen] had a passion for motorsport and still holds the New Zealand Land Speed Record (349kph). He qualified for the 1996 Le Mans 24 Hours but after the test day, crashed heavily while attempting to better the record just before the 24 hour race. His heart stopped beating seven times, had a fractured skull, broken ribs causing both lungs to collapse, fractured his left leg and knee, and his left arm was almost severed requiring two months in hospital. So it will be good to finally get the Evans name in the Le Mans race.”

Oliver Turvey (GB). Age 28. Born & Lives: Penrith, Cumbria: “I am really excited to be racing in the Le Mans 24 Hours again – it’s one of the greatest races on the planet with a phenomenal history. All 13.6km of the Circuit De La Sarthe is a real challenge, it’s super fast with some technical chicanes, some permanent race track and a lot of public roads. Driving at night is mega impressive at Le Mans, especially when you arrive back at the final sector with the Ferris wheel and grandstands all lit up.

“The fans at Le Mans create a special atmosphere that really builds throughout the week from scrutineering in the town centre, through free practice and qualifying, to the awesome Drivers’ parade in town ahead of the start of the race. The most important part of driving at Le Mans is managing the traffic. With so many cars on the circuit, it’s rare you get a clear lap so being able to complete quick laps whilst overtaking and minimising time loss is key to a strong race. I am delighted to have the opportunity to race at Le Mans for a third time and each time with JOTA. Last year was amazing, especially getting called up at the last minute and then ending up on the top step of the podium as a Le Mans LM P2 winner. It was one of the greatest moments in my career.”

“The race is one of the most challenging out there. Racing for 24 hours is a huge challenge for the car, engineers, mechanics and drivers. I often think it is harder for the team, as they often stay awake for the whole race, whereas at least as a driver we get a couple of hours of sleep between stints. The weather can often play a big part in the race.”

Sam Hignett. Partner, JOTA Group: “It’s exciting for JOTA Sport to be going back to Le Mans for a ninth time – especially as LM P2 champions. We’ve got great memories from last June and our aim is obviously to successfully defend the title. As a regular European Le Mans Series entrant, we definitely don't feel any added pressure being up against the FIA World Endurance Championship teams – especially having demolished them in the WEC encounter at Spa last month.

“Nevertheless we know that we face a huge challenge. It will be very interesting to see the performance of the other LM P2 cars, Le Mans is so unique it’s difficult to really know which of the new cars are going to be quick.”