Jani on Le Mans pole: I could've found another second 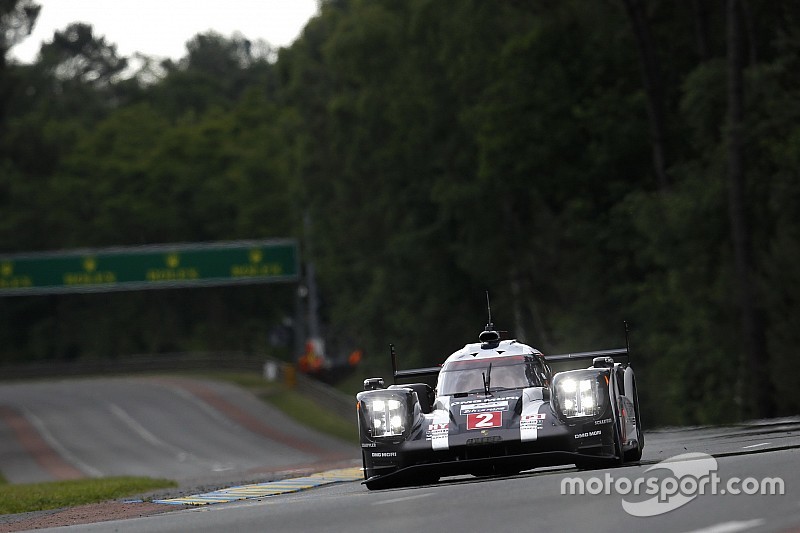 Le Mans 24 Hours poleman Neel Jani reckons that he could have gone a second faster than his best time set in Wednesday night's first qualifying session.

The Swiss driver, who became the first man to seal back-to-back poles at La Sarthe since Stephane Sarrazin in 2007-08, took the top spot for the #2 Porsche 919 Hybrid with an effort of 3m19.733s in first qualifying, beating the sister #1 machine of Timo Bernhard by 0.470s.

It was a time which went unbeaten on Thursday, as rain hit the latter two qualifying sessions and prevented any significant improvements.

Jani's pole time was almost three seconds slower than the record he set last year, when he lapped the 13.629km Le Mans circuit in a time of 3m16.887s.

The factory LMP1 cars have been slowed for 2016, with about 7 percent less available fuel per lap than previously.

Describing his Wednesday night session-topping effort, Jani said he believed he lost more than a second being held up by traffic, and that he was prepared to go out and set a better time on Thursday when the bad weather struck.

“It was not such an amazing lap as last year I would say, but it was still a very good lap until Mulsanne," said Jani. "That’s when I had the first time a bit of traffic.

"And then I had a big one at the end, which I guess many people saw on TV, with the Toyota and the GT. I had to really lift off. But it was still enough [for pole], which is great."

Describing the scare at the Porsche Curves in more detail, Jani added: “The last one, just out of Porsche Corners with the Toyota, I thought: ‘Oh my God, that was a big one’.

"I lost over a second in that one, but up until then it was not such a bad lap. I just had one or two little things. But there I thought: ‘Oomph, it will be never enough.’

"I was already preparing myself to go out again on Thursday. We were ready to go, then the weather turned around and it kept raining, so I did not have to go out again.

"I’m sure I could have defended it. It’s not that I have any doubts on that."

Asked by Motorsport.com what lap time would have been achievable without traffic, Jani said: “I think without the issue out the exit of the Porsche Curves, a 3m18s was easily possible.

"The track was not great and everything, but a low 3m18s, that’s where we could have gone."

Interview by Erwin Jaeggi
Next article