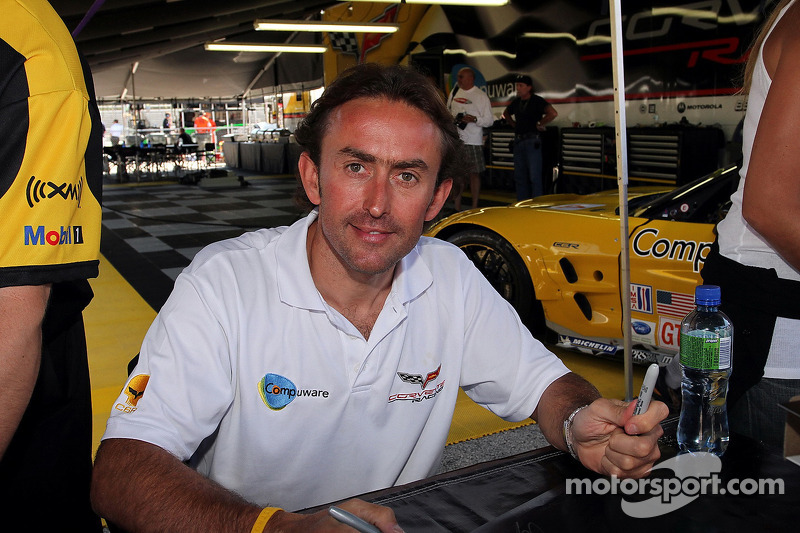 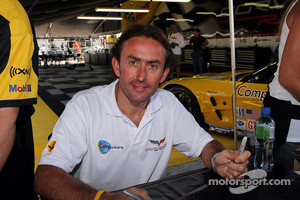 Official factory Corvette Racing driver and 2011 Le Mans 24 Hours winner Olivier Beretta will join Larbre Competition for the final round of this season’s Intercontinental Le Mans Cup at the Zhuhai International Circuit in China on November 13.

The 41-year-old Monegasque and former F1 driver joins the #50 Corvette C6.R crew of Patrick Bornhauser and Julien Canal who, along with Gabriele Gardel, have already helped Larbre Competition secure this year’s GTE-Am ILMC Teams’ title with a round to spare.

Few drivers can boast the same level of success behind the wheel of a Corvette in international sportscar competition as Beretta who has scored four of his six Le Mans 24 Hours class victories, as well as three American Le Mans Series GT1 titles, while part of the General Motors factory fold.

That level of experience and success will now be transferred to Larbre Competition who, as well as retaining their ILMC crown, added to another successful campaign by scooping a second consecutive Le Mans 24 Hours GTE-Am victory last June. The team is no stranger to Zhuhai having raced there on six occassions already, while Beretta’s sole outing at the Chinese venue in 1999 enhances their collective knowledge still further.

Although Beretta is making his competitive debut for Larbre Competition, the partnership will benefit from time spent together during the Le Mans Test Day earlier this year when a selection of Pratt and Miller’s engineers and driver squad, including Beretta, assisted with set-up and development work.

Olivier Beretta: “I had the opportunity to work with Jack Leconte’s team during the Le Mans Test Day when I drove the Larbre Competition-prepared Corvette while the works cars were still in Long Beach. There have been chances to race with the team before but somehow different programmes and dates have always got in the way. Larbre has won many global championships and do an excellent job representing GM in the ILMC. Zhuhai finally offered me the opportunity to drive for them so it was an easy decision when Jack called to ask. I also know Patrick and Julien quite well. They’re two good drivers with experience so I’ve got high hopes of challenging for victory.”

Jack Leconte, Larbre Competition Team Principal: “It’s fantastic that Olivier will be joining Larbre Competition at Zhuhai next month. His level of experience with Corvette makes him the ideal candidate to bolster our driver line-up as we aim to celebrate a fine 2011 campaign by winning the final ILMC round of the year.

“For all car manufacturers, the burgeoning Chinese market is now of huge significance. That’s especially true of sportscar brands, be they Italian, German or American, with China becoming the second largest world market in terms of sales after the US. General Motors has therefore decided to support their only partner team in the ILMC by strengthening the #50 Corvette crew in Zhuhai with the addition of Olivier.

“It also demonstrates GM Racing’s commitment and links with Larbre Competition as further projects begin to take shape, details of which will be announced soon.”