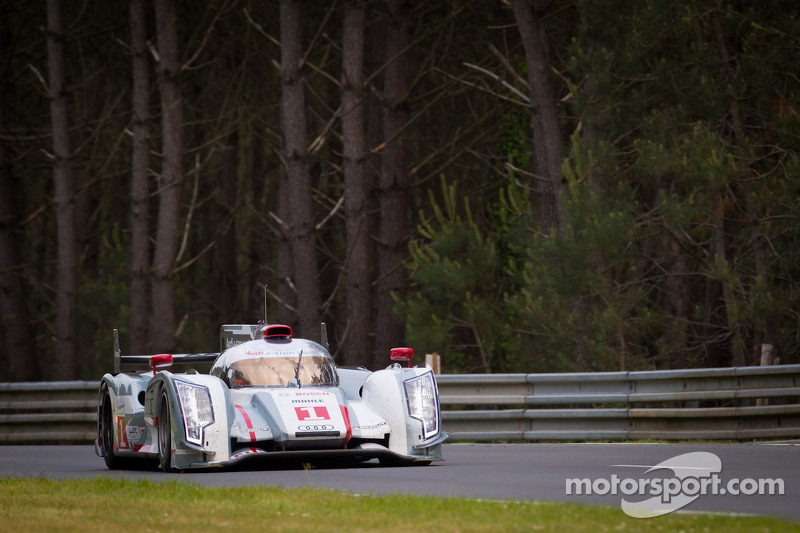 Another slice of history was made at Le Mans, with a hybrid car claiming pole position for the first time. 2011 winners Andre Lotterer, Marcel Fässler and Benoit Treluyer (nr1 Audi R18 e-tron Quattro) will start the defence of their Le Mans crown from pole at 3pm on Saturday, lining up on the front row of the grid with the nr3 Audi R18 Ultra of Marc Gene, Romain Dumas and Loic Duval. Toyota Racing had a good qualifying and will start 3rd and 5th, with the nr8 TS030 Hybrid of Anthony Davidson, Sebastien Buemi and Stephane Sarrazin heading the second row alongside the nr2 Audi R18 e-tron Quattro of Allan McNish, Dindo Capello and Tom Kristensen. 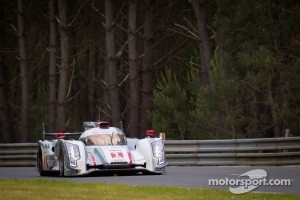 Andre Lotterer’s lap of 3:23.787 was just under two seconds quicker than last year’s pole lap set by Benoit Treluyer, with the top 5 cars covered by 1.7 seconds.

The nr21 Strakka Racing HPD-Honda continued to be the fastest LMP1 privately entered car, with Danny Watts posting a 3:29.622 lap and will start in P7 ahead of the two Rebellion Racing Lola-Toyotas, with the nr 12 Lola just ahead of the sister car.

The nr25 ADR-Delta Oreca-Nissan of Jan Charouz, John Martin and Tor Graves claimed another LMP2 pole to add to the one the team claimed at Spa last month. Martin posted a 3m28.181 to head the P2 class with the nr24 Oak Racing Morgan Judd of Jacques Nicolet, Matthieu Lahaye and Olivier Pla just 0.4 seconds behind.

The LMGTE Pro pole position was claimed by the nr59 Luxury Racing Ferrari 458 with Frederic Makowiecki posting a 3:55.393 lap to be the fastest GT car at Le Mans. Makowiecki was 0.4 seconds ahead of the nr97 Aston Martin Racing Vantage of Darren Turner. The fastest FIA WEC car in the LMGTE Am class was the nr99 Aston Martin Racing Vantage of Allan Simonsen but the Dane was only third fastest in the class after the nr79 Flying Lizard Motorsports Porsche and the Nr75 Prospeed Competition Porsche were quicker.

Friday is the traditional rest day at Le Mans before the race on Saturday afternoon. The drivers will head to the centre of Le Mans for the Drivers Parade in the city centre. The next time the cars will be on track is at 9am on Saturday morning for Warm Up.