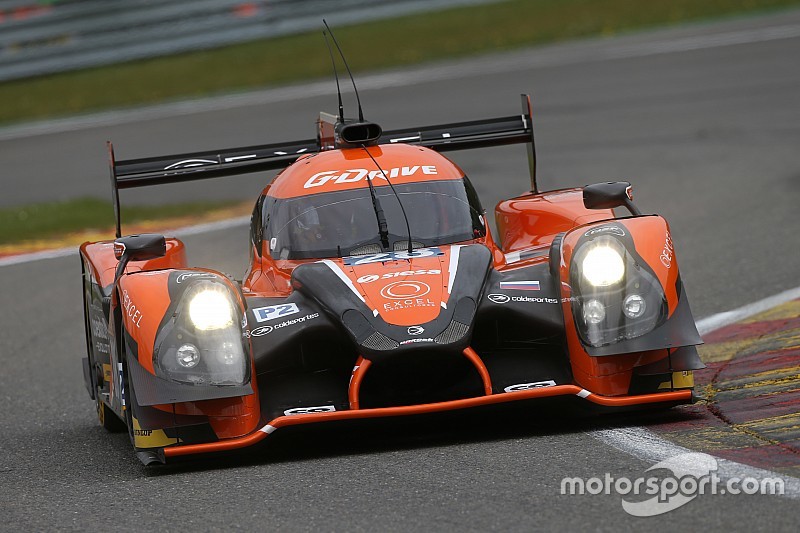 G-Drive Racing was presented in Le Mans for the Official Test Day with its two Ligier JS P2s.

Action started today in Le Mans for the Official Test Day ahead of the 24 Hour race in two weeks. The competition in LM P2 has shown itself in full for the first time, with a few added extras for the test day. G-Drive Racing was of course present with its two Ligier JS P2s, the #26, driven by Roman Rusinov, Julien Canal and Sam Bird, and the #28, driven by Gustavo Yacaman, Pipo Derani and Ricardo Gonzalez, both Onroak Automotive chassis.

G-Drive Racing’s aim was to use the Test Day not to set the best times, but to work on the set-up of their Le Mans kits, using the experience gained in 2014 and the tests they performed in Spa earlier this month. Gustavo Yacaman and Pipo Derani, both Le Mans novices, had to ensure that they completed their obligatory 10 laps each during the test day, which they managed without any problems. The weather was very changeable, with heavy rain dissuading quite a few teams at some points, but this also helped to clean the track, which started off quite dirty in the morning.

I got the honour to do the first lap on the Le Mans track.

Despite the unfavourable conditions, the team set quite good results. One good thing to come out from the changeable weather was that this allowed them to test their new intermediate Dunlop tyres.

All the drivers are satisfied with the balance and set-up of their cars and the team is feeling positive ahead of the upcoming challenge that is the 24 Hours of Le Mans. With such a large field in LM P2, the team is going to face a lot of competition in two weeks time.

Julien Canal #26: “It’s been a first good day. I got the honour to do the first lap on the Le Mans track. The track was quite dusty, with three different coatings: the normal road, the racing track, and the part that’s never used, the Porsche Esses, the fastest part. So, it was quite tricky to have a good grip. But the car was quite well balanced. The rain came and disrupted our test session a bit, but I think that our car is quite competitive – we proved that in Spa and in Silverstone. And so, it doesn’t really bother us to have to cut our test day short.”

Gustavo Yacaman #28: “I’m very happy. I’m very excited to have the opportunity to do my first laps around Le Mans. The conditions have been very tricky. I was only able to do three laps in the dry; the rest of the running was in the wet. But I think it’s very good practice for when the rain comes. I think it’s a lot better to experience these conditions during the test rather than for the first time during the race. I think it’s good and I hope that we’ll get some dry running during the next week so that I can learn the track a little better. I’m very happy with the team and with the car, everything seems to be going well. I’m excited for the race!”