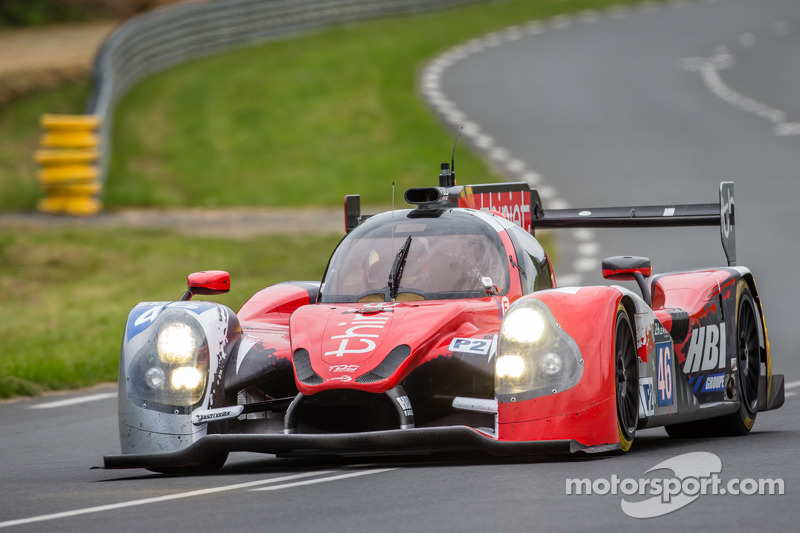 The Thiriet by TDS Racing team learned a lot during testing.

The Test Day of the 24 Hours of Le Mans was held last weekend (1st, June). Even if there were no real stakes, those practices were very important with the race in mind. Indeed, the teams could make their cars run on the 24 Hours of Le Mans track, set up the cars and record precious information. For the Thiriet by TDS Racing team, it was also an important day because the Ligier JS P2 of the team was officially put on its wheels for the first time.

That is why a busy program had been prepared as Tristan Gommendy confirms. “The program was to run the car and to understand it in Le Mans configuration especially regarding the top speeds which are more important than those we had in test at Magny Cours. The purpose was that each driver has a feeling with the car mechanical and aerodynamics speaking. We also paid attention to the petrol consumption as well as the tyres because we had two small issues among which one flat tyre during the day. "

After the 8 hour practices, the #46 shared by Ludovic Badey / Pierre Thiriet / Tristan Gommendy set a time lap of 3’40’'908 (clinching the 9th position in LM P2) and 65 laps were covered. A good omen before the race (14th and 15th June). We have been in the right direction today. I would say that we know where we are at 80 %. All that we did on the car went in the right direction. However, we have a deficit of performance. We had either an electrical, a traction control or a braking issue. We are now going to check and analyze the data to understand where the problem comes from because our time lap on one lap is rather disappointing. The positive aspect is that the three of us share the same feeling regarding the car. We are going to find the issue, solve it and we should be in the front as it is since the beginning of the year!”

The next stage will be the scrutineering in the heart of the city of Le Mans on Sunday June 8.