A final entry list for this year's Le Mans 24 Hours has been issued, confirming the driver line-ups for all 62 cars entered for the race.

While the majority of teams had already revealed their full line-ups for La Sarthe, the latest entry list published on Tuesday fills a few remaining gaps.

The only LMP1 team without its line-up in place was ByKolles, which will maintain Paolo Ruberti alongside Oliver Webb and Tom Dillmann in its ENSO CLM P1/01-Gibson after recruiting the Italian veteran for this month's Spa FIA World Endurance Championship round.

Aston Martin likewise was the only team in GTE Pro not to have confirmed its drivers, but as expected, Darren Turner and Jonathan Adam reprise their roles from 2018.

Turner joins Nicki Thiim and Marco Sorensen in the #95 Vantage GTE, while Adam is back with Spa class winners Alex Lynn and Maxime Martin in the #97 machine.

In LMP2, gentleman driver Mark Patterson, who broke his pelvis in a testing crash at Monza last week, has relinquished his place in the Algarve Pro Racing line-up to David Zollinger.

The 36-year-old Frenchman joins Algarve European Le Mans Series drivers John Falb and Andrea Pizzitola - who was part of the G-Drive Racing crew that was disqualified from victory last year - in the #25 Oreca 07 for his third Le Mans outing.

American youngster Will Owen's place in the #32 United Autosports Ligier alongside Alex Brundle and Ryan Cullen is now official, while Nick Boulle is also confirmed in the #50 Larbre Competition Ligier after appearing with the squad for the first time at Spa.

Leo Roussel's name has been struck from the line-up of the Inter Europol Competition LMP2 after the Frenchman, who was part of Ginetta's LMP1 line-up at Le Mans last year, sustaining a fractured vertebra in an accident in practice for the Monza ELMS race.

British driver Nigel Moore had recently been confirmed as the third driver for the #34 Ligier alongside Roussel and Jakub Smiechowski. 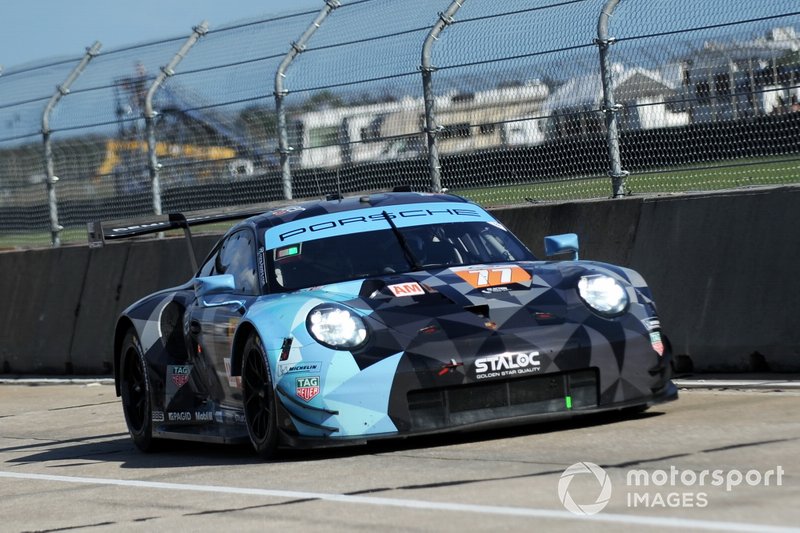 Several spots in GTE Am have also been confirmed, most notably Julien Andlauer returning to the Proton Competition Porsche squad alongside his fellow defending class champions, Christian Ried and Matt Campbell.

Andlauer had been absent from the Spa WEC round, with his place in the #77 car being taken by Italian driver Riccardo Pera.

Italian pair Andrea Piccini and Sergio Pianezzola have been drafted in to partner Claudio Schiavoni in the #60 Kessel Racing Ferrari entry, while ELMS regulars Jeff Segal and Wei Lu have been confirmed alongside Jonny Cocker in the #84 JMW Motorsport car.