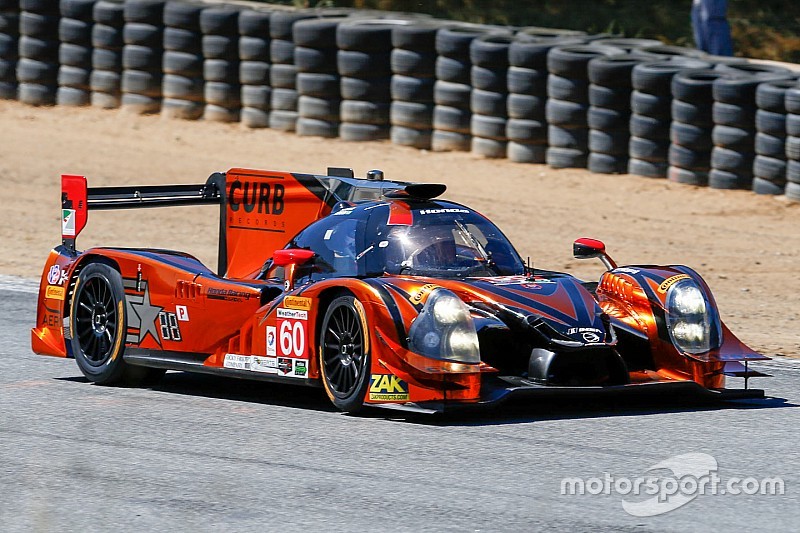 Michael Shank Racing with Curb/Agajanian is running the same Honda Ligier JS P2 that won earlier this year for Tequila Patrón ESM at Daytona and Sebring.

Michael Shank is being realistic when considering his chances for his team’s debut run in the 24 Hours of Le Mans.

“There are 23 cars in the LM P2 class, and two of my three drivers are rookies at Le Mans, so we’re keeping expectations maintained,” Shank said. “We’re going to try not to make any mistakes and see where that puts us. We’re going to be as competitive as we can be – trust me, we’re going to push! – but we want to focus on minimal mistakes from the team and the drivers and keeping the car running. We’re throwing everything at it.”

This was another outstanding effort from my guys,

Michael Shank Racing with Curb/Agajanian is running the same Honda Ligier JS P2 that won earlier this year for Tequila Patrón ESM at Daytona and Sebring. The No. 49 entry will be driven by WeatherTech Championship regulars Ozz Negri and John Pew, who will be joined by Belgian driver Laurens Vanthoor.

“The biggest challenge will be every day when we go to the track,” Negri said. “Every day will be a new experience for me. I’ll try to enjoy it the best I can. I can’t deny than my focus is 100-percent here with IMSA – I want to win races with John – but we want to represent IMSA well at Le Mans and do well for Honda and our American fans. I’ve never been there, and everybody keeps telling me it’s gigantic.”

Pew missed the WeatherTech Championship race at Detroit to join half of the Shank crew at Le Mans for the opening half of the official test day on Sunday, June 5. Shank, Negri and the other half of the crew flew from Detroit to Le Mans to run the afternoon portion of the test.

“It was great to get my laps in,” said Pew, who earned the automatic Le Mans entry by virtue of winning the 2015 Jim Trueman Award as the top Pro-Am driver in the WeatherTech Championship Prototype class. “It is a cool track and there is so much to it – eight miles! Even with the simulator work and all the in-car video we studied, there is a lot to learn so I was happy to get as many laps in as I did.”

Both drivers drove the minimum 10 laps to be eligible for the race. The Ligier was badly damaged in a high-speed incident late in the day, but the car was rebuilt the following day at the nearby Onroak Racing headquarters and then tested that Tuesday without incident by Pew at the Le Mans Bugatti test circuit.

“This was another outstanding effort from my guys,” Shank said. “Some of us had just got back from Detroit when this happened, but everyone rallied to do what they could to keep moving the ball forward. We’ve had great support from the Onroak guys.

“We were fortunate not only to have Ozz jump out of the car okay, but also to look at the bright side, a lot of what we had to replace from the crash were things we had already planned on replacing for the race. So it added more work for us, but we were able to handle it without having to go all night or anything like that.”

Loic Duval: We still have potential for improvement

Touch down in Le Mans for Aston Martin Racing