© 2021 Motorsport Network. All rights reserved.
TV Tickets Fashion Giorgio Piola Jobs
Previous / The ACO and FIA sign an extension of their agreements regarding the World Endurance Championship Next / No. 3 Audi and No. 8 Toyota involved in major crash - video
Le Mans / 24 Hours of Le Mans Commentary

Electric racing: should it be at Le Mans?

All that development and prep work for 23 minutes of racing...is it worth it?

The Nissan ZEOD is currently listed as off at the 24 Hours of Le Mans, which is sort of funny considering the timing in which it occurred. Television coverage showed the car pulling off short of 24 minutes…

One can only think about what this failure means to the bigger picture of (almost) all-electric racing.*

When the FIA came down with these regulations, rumor has it both Audi and Porsche had serious issues developing their cars…at the cost of completely destroying a chassis each. And that is just Hybrid technology, which has been in road cars for years.

The first few races of the season have been rather successful for the hybrid systems however, but one can only guess they are running super conservatively early on. 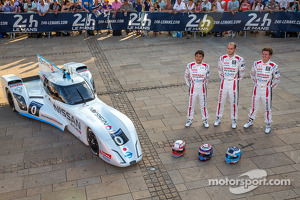 Then there is the fully electric movement, which is primarily represented by the Nissan ZEOD taking up Garage 56…an entry into today’s 24 Hours of Le Mans reserved for a team with technology under development, and Formula E.

We have seen how the race worked for the ZEOD. After a week of testing, and weeks during its initial development, it managed to almost hit the 24-minute mark.

This brings me to the last big electric venture of 2014…Formula E.

Having spoken with Alejandro Agag earlier this year, I know the series plans on doing a complete dress rehearsal before they run an official event. This seems like a good idea. Despite this, I think the first season will see incredibly high reliability issues, and races full of attrition. Just finishing will be key.

I suppose this is all supposed to be for the betterment of technology of our roads, but does it really take lackluster performances in some of the biggest races on the planet to develop this technology? What if the ZEOD had taken out another car?

I think I will stick to my petrol engines for now. In fact I bought myself a 66cc two-stroke engine to strap to something fun…but that’s for another story.

No. 3 Audi and No. 8 Toyota involved in major crash - video