Di Grassi ruled out of Le Mans with ankle injury 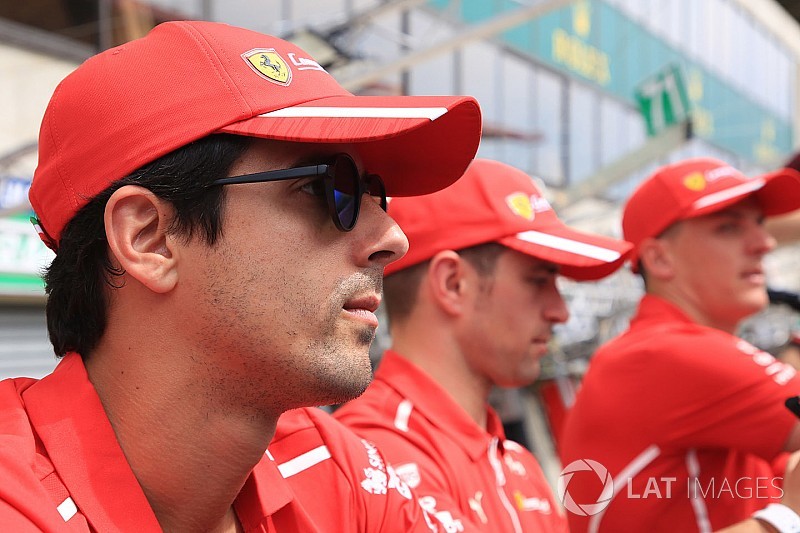 Lucas di Grassi has been ruled out of his first Le Mans 24 Hours appearance in a GT car after suffering an ankle injury while playing football last week.

Di Grassi was able to take part in last weekend’s Formula E races, but his Le Mans entry has been withdrawn after he met with doctors to review his x-rays.

The Brazilian was drafted into the AF Corse team to share the #51 Ferrari 488 GTE with FIA WEC regulars James Calado and Alessandro Pier Guidi.

Di Grassi will now be replaced by Michele Rugolo for the rest of the weekend.

The Italian has driven extensively for the AF Corse team in the past, and is on site at Le Mans competing in the Road to Le Mans support event with the Spirit of Race team.

Di Grassi told Motorsport.com last weekend in Berlin that he hoped his injury, which was picked up last Tuesday in a charity football match at Chelsea's Stamford Bridge ground, would not affect his Le Mans preparations.

“There is pain, but in the cockpit the focus helps, and here in Formula E it is not so bad because we lift and coast so much," he explained.

"We will see what it is like in the Ferrari next week at Le Mans but here it was not a problem so much for me.”