Formula 2 title contender Nyck de Vries says that he felt 'hopeless' in his high-speed accident towards the closing stages of the Le Mans 24 Hours.

The 24-year-old, who contests the FIA World Endurance Championship with Racing Team Nederland in LMP2 alongside his F2 commitments with ART Grand Prix, was running 10th on his La Sarthe debut at the time of the crash in the 21st hour.

His Dallara P217 veered off-line at the fast right-hand kink before Indianapolis and made heavy nose-first contact with the barriers.

De Vries was unhurt in the crash and managed to drive back to the pits, eventually being classified 15th in LMP2, 28 laps behind the class-winning Signatech Alpine squad.

He told Motorsport.com after the race that he didn't know what had caused the accident, but that the Dayvtec team responsible for running the Dallara he shared with Giedo van der Garde and Frits van Eerd was looking into the possibility that a suspension component had failed.

"At the moment I was entering Indianapolis, I just lost the steering, it was a strange feeling," he said.

"In that short time from losing your steering and hitting the wall, you're hopeless, you're just waiting [for the impact]. But I have to admit that it was not as painful and big as I was thinking." 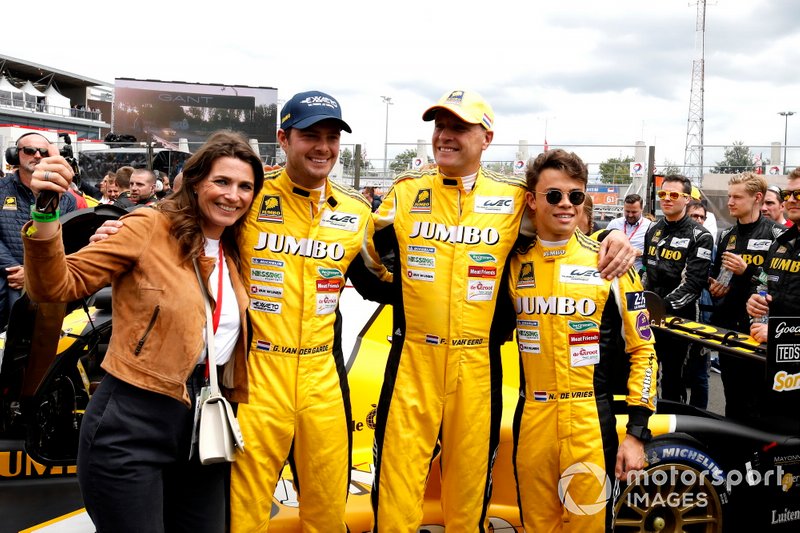 He added: "We are uncertain what it exactly was, but we think one of the suspensions had a failure, something broke. It's clear that the entry speed and everything was exactly the same as the previous lap, but as you could see on telly I was just going straight.

"The marshals were very kind and because the medical light was on, they really wanted to check me, but I said 'come afterwards, we have to get back to the pitlane.'"

The race had started strongly for the team, with van der Garde climbing from eighth to fourth on the opening lap and de Vries consolidating third when he suffered a puncture at the Porsche Curves in the third hour.

A clutch problem later resulted in a 30-minute delay in the garage, while van der Garde was also penalised for not restarting under his own power after a pitstop.

Due to the Dallara's aerodynamic disadvantage relative to the Oreca 07, which Racing Team Nederland will switch to for the 2019/20 WEC season, de Vries said that he had "different objectives" at Le Mans to usual.

"Finishing was the most important goal for us, but it was nice to see that we had the pace and we were doing well," he said. "It's a shame that we had a lot of setbacks but it also makes the satisfaction even greater as a team effort." 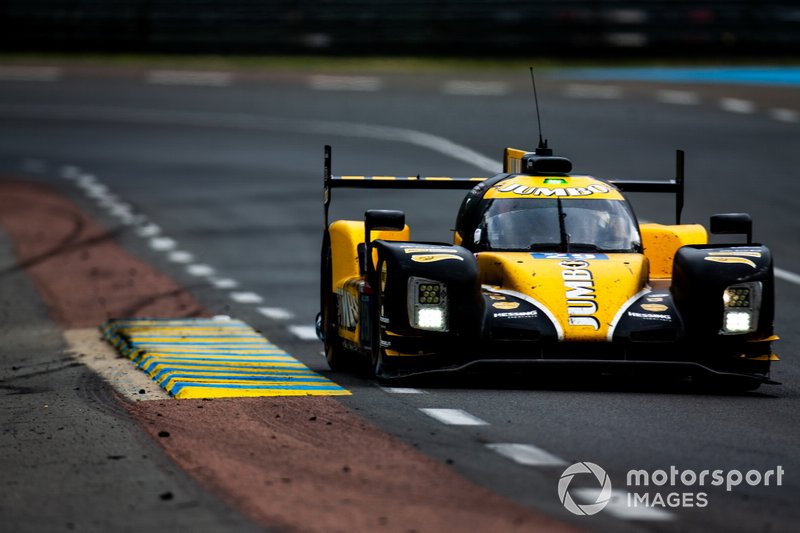 Why the Mercedes CLRs kept taking off at Le Mans 1999