The greatest endurance race in the world will be open to everybody between 6-16 March in Geneva (Switzerland) at the 84th International Motor and Accessories Show.

The Geneva International Motor and Accessories Show will open its doors to the public in a week’s time. Until 16th March, the Le Mans 24 Hours will be on show in one of the halls of this prestigious international rendezvous in the context of a special operation backed by Rolex. Three months before the 2014 race (14-15 June), this exhibition, which is exceptional because of its size, will run for 10 days and consists of 21 cars that have all written the Le Mans legend since 1923. 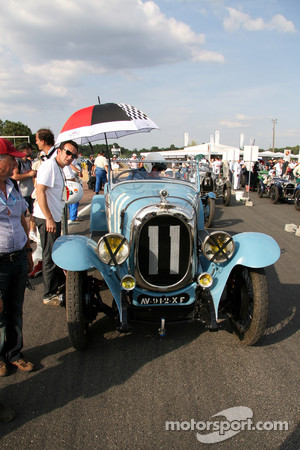 The greatest endurance race in the world will be open to everybody between 6-16 March in Geneva (Switzerland) at the 84th International Motor and Accessories Show. The show is one of the most eagerly-awaited events in the world of the motor car by both fans and the car industry as a whole.

The links between the Le Mans 24 Hours and Switzerland have existed for many years. The Swiss have left their mark on the history of the event, in particular in 1989 when Peter Sauber became the first Swiss constructor to win the race and then came the victories of Marcel Fässler from Einsiedein in 2011 and 2012 in an Audi.

This special exhibition backed by Rolex will give visitors the opportunity to discover, or to rediscover, 21 cars that have left their mark on the history of the Le Mans 24 Hours. Brought together by the ACO these exceptional machines, which belong to private collections or are on show in the manufacturers’ museums and in the Le Mans 24-Hours museum, will be on display in the 1800m2 of Hall 3 in the Palexpo.

All the different eras are covered - from the early days of the event with the 1923 Chenard & Walcker Sport identical in every respect to the car that won the first race known at the time as the ‘24-Hours Endurance Grand Prix - to the Audi R18 e-tron quattro victorious last June.

The 21 cars on show have all played their part in forging the Le Mans legend throughout the world, and the visitors will take full advantage of the fact that they can have a really close-up look at these exceptional cars, which were all front-runners in the Le Mans 24-Hour races in which they took part.

On 4th March during the first of the two days reserved for professionals, the Automobile Club de l’Ouest will unveil the 2014 poster for the Le Mans 24 Hours (14-15 June), something that fans throughout the world can’t wait to see!