Craft-Bamboo forced to withdraw from 24 Hours of Le Mans

The driver of the car, Fernando Rees (BR), was taken to the medical centre following the incident at Porsche Curves.

The driver of the car, Fernando Rees (BR), was taken to the medical centre following the incident, which occurred at Porsche Curves, and was discharged with bruising to his ankle. 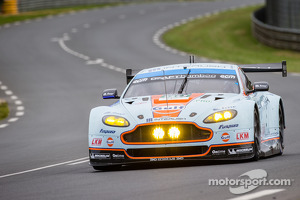 “The impact with the barrier was at high speed, so the most important thing is that Fernando is okay,” commented Richard Coleman CEO of Craft-Bamboo Racing. “It is disappointing to have to withdraw from the race but the car cannot be fixed from here. Our mechanics worked relentlessly on the car throughout the night but it was impossible to restore it to the safety standards required for racing."

“We must now go forward and focus on the second half of the World Endurance Championship. We will not let this disrupt the incredibly positive start to the season and will continue to progress as a team going forward, with our sights set firmly on success."