Nick Tandy feels Ferrari is the favourite for GTE Pro victory in the 90th running of Le Mans 24 Hours despite the strong form shown by his Corvette Racing team in the run-up to Hyperpole qualifying.

By:
Rachit Thukral
Co-author:
Jamie Klein
Listen to this article

The two factory-entered Corvette C8.Rs have largely set the pace so far at the Circuit de la Sarthe, topping the traditional Le Mans test day as well as the two practice sessions on Wednesday.

The American manufacturer was edged out by Porsche in the first qualifying session, but that will have little bearing on the starting order with just the Riley Motorsports-run privateer Ferrari 488 GTE not making it to Hyperpole in the seven-car GTE Pro division.

However, Tandy believes it is defending champion Ferrari that has the best shot at victory on Sunday, even after its two AF Corse-run factory cars received a power cut and a reduction in fuel capacity in the latest Balance of Performance ahead of first practice.

“The thing with Ferrari is they are always there or thereabouts,” Tandy, who is sharing the #64 Corvette with Tommy Milner and Alexander Sims, told Motorsport.com.

“I know from being at Porsche before, you have your ‘up’ years and you have your ‘down’ years. Sometimes you come into the race and the car is just not competitive.

“Ferrari seems to be year-in, year-out capable of getting the car in race spec that is very competitive. Looking at the last four years, Ferrari are the ones to beat.

“Last year we had a good run with one car, we had some issues with the other car on our side. So we want a nice clean run. We had a shit time in Daytona [Rolex 24] again this year. It would be nice to have another endurance race where it is another clean run.”

Tandy used last year’s Le Mans as an example where Porsche looked rapid in practice and topped qualifying with the privateer HubAuto Corsa car, only to fail to challenge to Ferrari and Corvette in the race.

Asked how confident he was about the American marque’s chances as it chases a first victory at Le Mans since 2015, Tandy said: “Not confident.

"When you look at previous years, you can have a nice run through free practice and you're competitive and then come race day the situation can be quite different.

“Porsche [was] very strong in the practice sessions. The track can change. I know the temperatures are likely to be very different for race day. Things can change.

“Until we are quite established in the race we really don't know how things are going to play out. We just hope we are on the right side and we've done our homework properly, better than anyone else.” 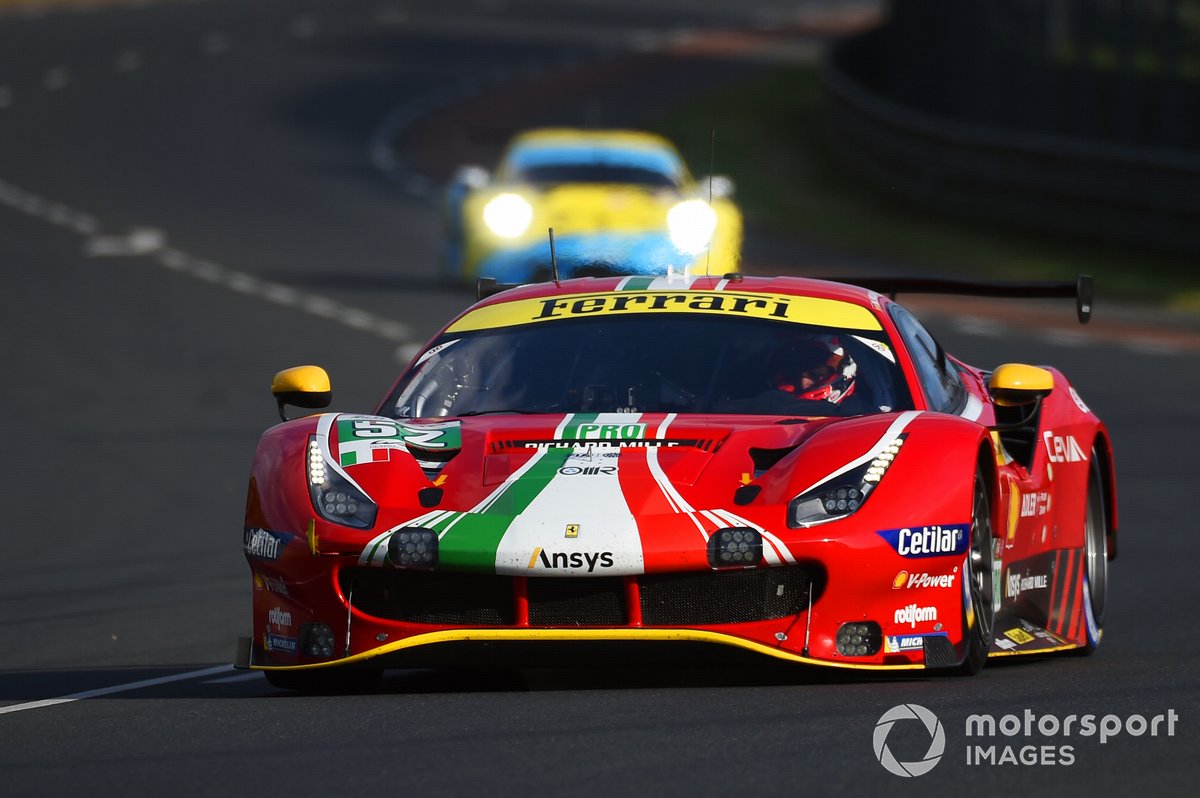 Antonio Garcia, who is helming Corvette’s additional entry for Le Mans alongside full-season IMSA teammate Jordan Taylor and Nicky Catsburg, was more optimistic about the C8.R’s chances against the Ferrari 488 GTE and the Porsche 911 RSR-19 at Le Mans.

However, he warned that a true pecking order is unlikely to emerge until the first few hours of the race on Saturday.

“Last year we came up short and this year it is effectively the same car with an extra year of development, so we should be better than we were last year,” Garcia, who finished second to the winning Ferrari last year on the C8.R’s Le Mans debut, told Motorsport.com.

“Obviously Ferrari and Porsche did their job, they are probably in a better position but I think so [that we can be strong]. Everytime we hit the track we seem to be fast. Let's see how things shake up.

“And like always at Le Mans, once two or three hours of the race starts to go, you really know if you have a chance or not and to really see everybody [and their true pace].”