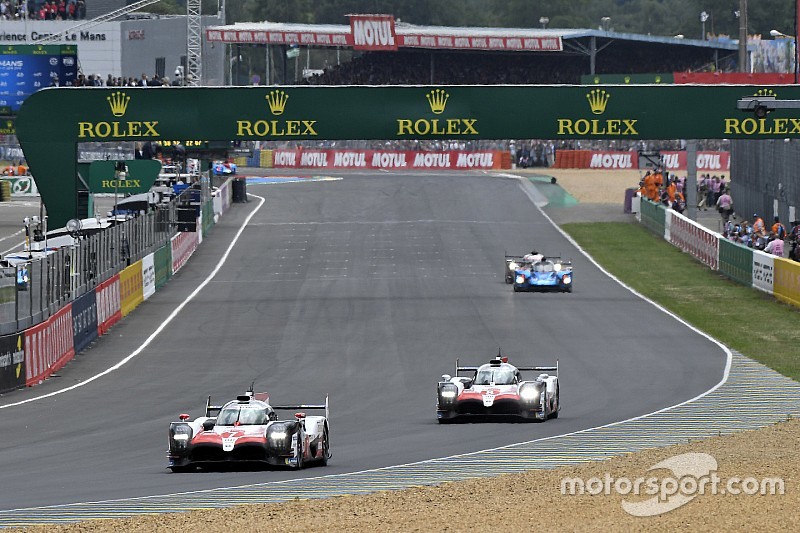 The Automobile Club de l'Ouest, organiser of the Le Mans 24 Hours, has promised a closer fight between Toyota and the LMP1 privateers for this year's edition of the French classic.

Toyota was the only manufacturer entry in the top class at Le Mans last year, and duly crushed its non-hybrid LMP1 opposition to score its first triumph at La Sarthe by a margin of 12 laps.

Since then, the World Endurance Championship's rulemakers, the ACO and the FIA, have tried to bring the privateers closer to Toyota with a series of Equivalence of Technology (EoT) changes, although these have not succeeded in stemming the Japanese marque's dominance.

Last weekend's Spa race was the first occasion of the 2018/19 superseason that Toyota did not lock out the top two positions (excluding its Silverstone double disqualification), and a privateer has not yet finished a WEC race on the same lap as the leading TS050 Hybrid.

ACO President Pierre Fillon said during a press conference on Monday that the huge gulf in performance between the dominant Toyotas and the other LMP1s that existed at Le Mans last year will be "corrected" for the 2019 race.

"It's true that the Toyota is probably one of the most sophisticated racing car nowadays," said Fillon. "It's not easy for private teams to match Toyota.

"But the technical teams [of the ACO and FIA] did a lot of calculations, they watched all the races. Last year, it's true that the gap was still too big, so it's something that will be corrected this year.

"Toyota remains the favourite because it's a factory team, because they have the resources, because in the pits they may be more efficient. But in terms of performance the cars are very close, and if there is the slightest hitch, there will be people behind." 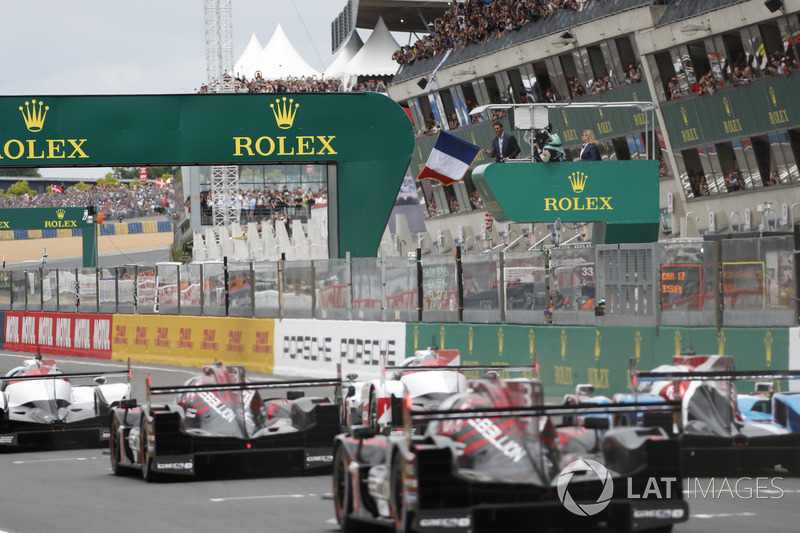 ACO sporting director Vincent Beaumesnil added that it is partly the responsibility of the leading privateer teams, Rebellion Racing and SMP Racing, to step up to the mark and challenge Toyota.

"The gaps have narrowed significantly," said Beaumesnil. "I think Rebellion and SMP have been doing a lot of work for the past year. They were told, 'You have to improve, EoT is not there to do everything'. They have clearly made progress.

"Today, they are more than challengers, they are clearly [ready to] ambush and Toyota will not be allowed to make mistakes. It's really the result of a lot of work.

"I believe that Rebellion and SMP are teams that have become references in endurance [racing] through their work. We have seen a progression curve and we can trust them.

"They showed that they were there in Spa, the gap was much smaller than last year. We're really going to see their true potential in Le Mans, we have a lot of expectations of that."

Beaumesnil also said he is expecting another close fight between the two Toyota crews, who were free to race for the win between themselves for much of last year's race.

"It's clear that the two Toyotas do not give each other any gifts, which is already very exciting to see," he said. "I can tell you that the #7 has shown at Spa that they still have a strong desire for victory and revenge.

"They had no luck with mechanical problems but they are able to be in front, and we can see that there is an internal fight." 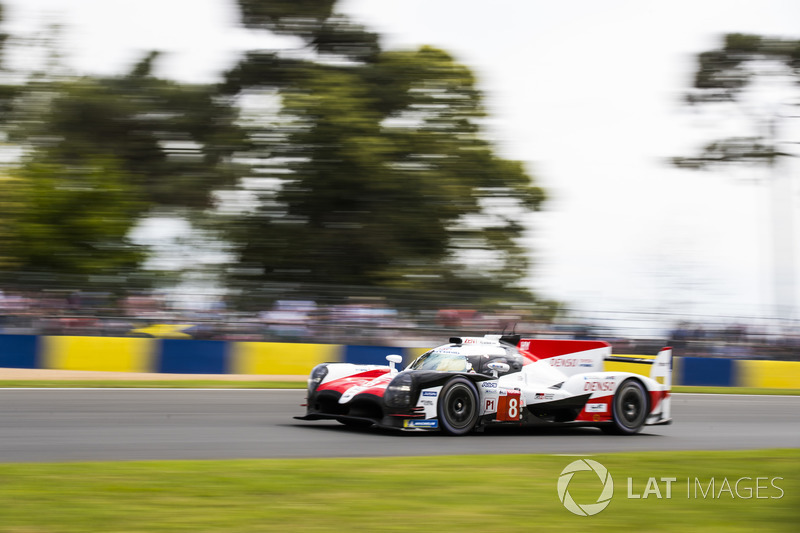