Chevy: Next-gen Corvette won’t be raced “for a while” 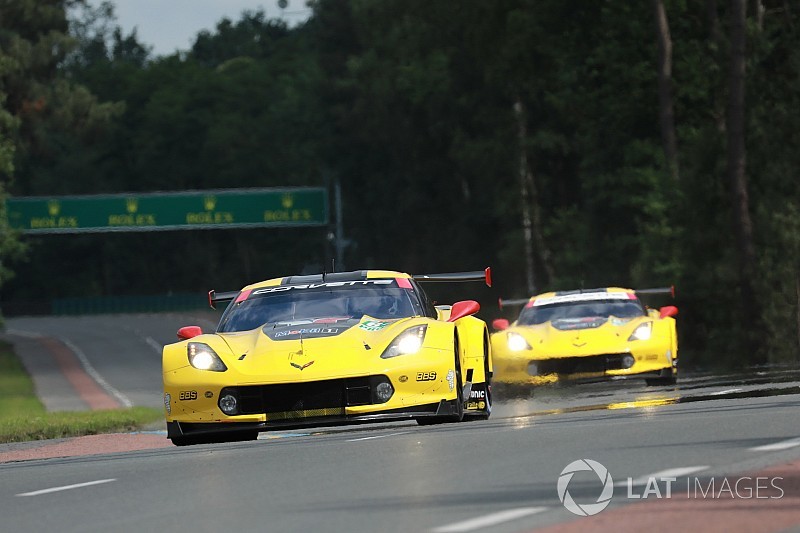 Corvette Racing’s program manager Doug Fehan has confirmed that 2018 is not the last year of the C7.R in competition, despite its Le Mans (and IMSA) debut coming four years ago.

Corvette Racing has scored eight GT wins in 18 attempts at Le Mans, the C7.R scoring the most recent in 2015 in the hands of Oliver Gavin, Tommy Milner and Jordan Taylor.

However, its predecessor, the C6.R, ran from 2005 to 2013 inclusive, and Fehan says he’s “not concerned” with the age of the current car, despite increasing competition from newer models.

“I don’t like to refer to it as an old car,” he told Motorsport.com, “but it has many years of participation here at Le Mans, which is not a bad thing.

“We went faster last night in this car than we’ve ever gone before, which means that development pays off. Improvement in tires, aerodynamics, chassis – all those things.

“At the end of the day the BoP is designed to be able to level that playing field [so] I’m not concerned with the age of the car at all. Not at all. Its durability and reliability and performance have been well-proven. We feel pretty confident in bringing them out as we know they’re dependable.

“We know time and time again that the team that spends the least amount of time in the pit box is most likely the team that’s going to win the race. Not necessarily the fastest car.

“I think we’ll continue to see the same [C7.R] version for a while. Eventually there will be an eighth-generation Corvette. When they introduce that car, we’ll be racing it. But I don’t think that’s going to be for a while.”

Asked where he had seen gains made in the C7.R’s fifth year at Le Mans, Fehan replied: “First and foremost Michelin. This is a new tire for us. That’ll be an interesting development [but] we know it’s better.

“I think we’ve made some gains in aerodynamics, in braking, and in the overall handling of the car with the chassis; tweaking different setups, caster, camber.

“Getting all those things to work in unison. That’s what we’ve been working on.”

Fehan also said he trusted the ACO’s Balance of Performance adjudicators to ensure the GTE Pro category was made as even as possible.

“I can tell you this, they [ACO] have worked as hard as they can possibly work and we’ll see,” he stated. “At the end of the day the final test is in the race, not what we see on the board from last night. They still have the ability to make adjustments if necessary.