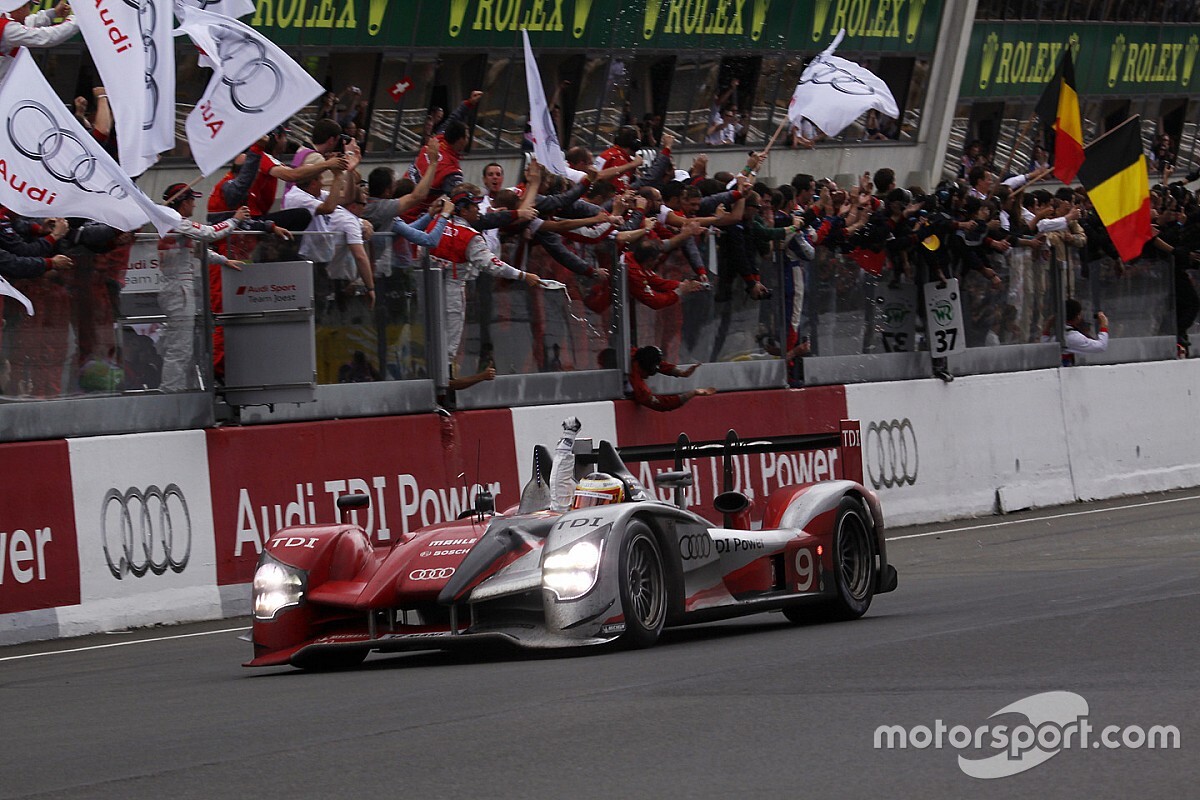 In 2010, a 39-year distance record was finally beaten at the Le Mans 24 Hours as Audi claimed its ninth win at the event. It achieved both with a car that's largely forgotten, the 'ugly duckling' R15-plus TDI.

It's the - almost - forgotten Audi in the German manufacturer's line of LMP machinery straddling nearly 20 years, and the ugly duckling of the pack. Yet the R15-plus TDI didn't just add to the marque's tally of Le Mans 24 Hours victories in 2010, it did so at a record speed. Timo Bernhard, Romain Dumas and Mike Rockenfeller broke the long-standing distance record set by Helmut Marko and Gijs van Lennep in 1971 and hold it to this day.

There was, however, a massive element of good fortune to the ninth of Audi's 13 wins at Le Mans in the battle of the turbodiesels 10 years ago. The final incarnation of the V12-powered Peugeot 908 HDi outgunned the revised version of the R15, which had endured a disastrous debut at the Circuit de la Sarthe 12 months before. But what looked like certain victory for the French manufacturer was lost with a major engine issue on Sunday morning.