The 18-year-old Londoner has been given permission to “sit” three exams in Paris this week before taking another less than 24 hours after the finish of this year’s twice-around-the-clock endurance sportscar race.

The Marlborough College student will use the high-speed TGV train to make the 120-mile journey on three consecutive days to take mathematics, advanced maths and physics exams.

While Tuesday is essentially a “free” day on the week-long Le Mans programme, Wednesday and Thursday – the other days Alessandro must commute to the French capital – feature practice and qualifying on the schedule that goes on until midnight.

“I want to become a ‘factory’ sportscar driver one day and to reach the very top it’s vital to study and learn as much as possible,” confirmed Alessandro. “It’s unfortunate that my A-levels coincide with the biggest race of my career to date but needs must. My aim is to read automotive engineering at Loughborough University so the exams are extremely important.

“It’s not ideal commuting backwards and forwards to Paris but it’s essential I think long-term because the course at Loughborough can only help my motor racing aspirations.” 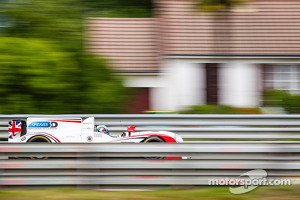 Latif, who only turned 18-years-old in April, will race a British-built Zytek in the 82nd running of the gruelling twice-around-the-clock race that begins on Saturday at 2pm (BST).

Alessandro, who was born in London, drives for the Greaves Motorsport with British duo Michaël Munemann and James Winslow. Latif is the youngest British driver in the 168-driver, 56-car field and could become the second youngest driver in the history of the event to finish the annual Le Mans race that runs for the 82nd time next weekend.

Latif has been racing an Audi in races in America and throughout Europe so far this season. He got his first taste of the daunting 8.47-mile circuit consisting of closed “public” roads combined with a permanent race track section last Sunday (1 June).

The eight-hour test was the only opportunity for the invited 56-car entry and saw the Latif/Munemann/ Winslow Zytek set the 14th fastest time in the ultra-competitive 18-car LM P2 category despite only using old tyres.

Latif, who clocked up 26-laps himself during the test day, reflected: “I visited Le Mans last year for the first time and the atmosphere was amazing. The changeable weather could be the biggest challenge for me.

“The recent test day enabled me to learn the track – and the Zytek. The biggest challenge were the high-speed Porsche Curves. A sports-prototype is a very different car to the Audi GT3 sportscar that I’m used to racing this year.

“Overtaking some of the slower cars can be tricky too. Sometimes it’s a case of not being too ambitious and back off a little - it’s better to lose a few seconds than to get bumped off the track.

“I settled in with the team and was very happy with the car at the test. I’m confident that we’ll have a good race”.