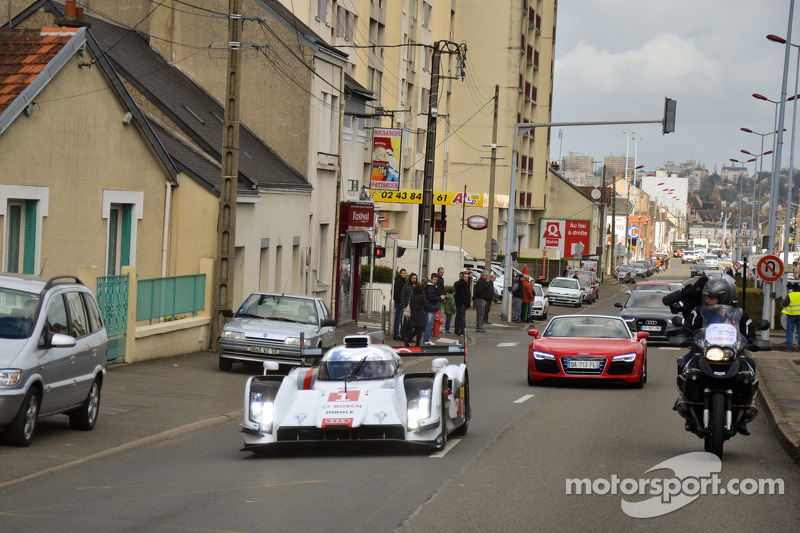 Tom Kristensen: "All three manufacturers with LMP1 hybrid sports cars are set on battling for overall victory at Le Mans."

Last week, on the test day at Le Mans, you finished your preparations for the biggest race of the year. How do you assess the test day? We were very productive. Weve been developing our car since 2012 and now we were able to test it for the first and only time on the track were driving the 24-hour race on. All three manufacturers with LMP1 hybrid sports cars are set on battling for overall victory at Le Mans. The regulations have caused us to be close together. Now its up to us to set up the car so that well actually be able to make full use of our Audi R18 e-tron quattros potential.

Together with Loïc Duval and Allan McNish you celebrated your ninth Le Mans victory a year ago. After Allan McNish ended his career you started to drive with Lucas di Grassi in the past two races. Is he a good fit for your team? Hes perfectly gelled with our driver squad and has been part of the Audi team for quite some time. Were proud to have him on board. At the same time, Allan McNish is still with us in the background. Hes helping us and working to make some of the processes even more efficient. That gives us a good feeling. But car number 1 isnt the only one thats ready. Number 2 was running well on the test day too. Many outside observers were surprised by the lap times set by Marco Bonanomi in car number 3  but we in the team werent. Filipe Albuquerque made a good showing on his first laps at Le Mans as well. So were ready for the race.

In 2014, Le Mans is dominated by efficiency more than ever before. What does that mean for you? A new era is beginning at Le Mans with completely new, fascinating technology. Thats a nice challenge for drivers, engineers and mechanics. The race will be even more demanding. And in the end, its about being the fastest while driving with utmost efficiency and consistency. Everythings got to fit, from aerodynamics to the tires, from the TDI engine to the hybrid system. And the communication flow between the pits and the drivers is more intensive than ever before. Our car feels very well-balanced for my team-mates Loïc Duval and Lucas di Grassi, as well as for me. Thats a good sign.