A visit with 24 Hours of Le Mans legend Henri Pescarolo 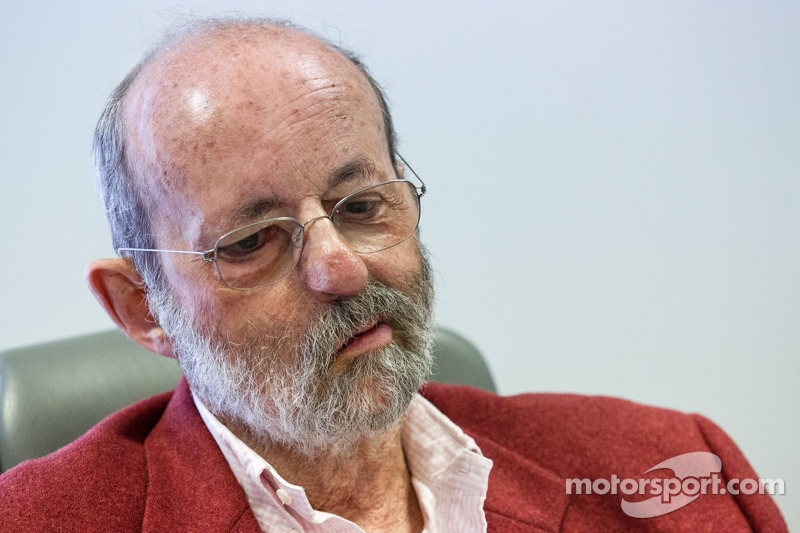 Legendary French driver Henri Pescarolo sits down for a chat about the past, present and future of his involvement with Le Mans.

Despite having sat down with him on previous occasions for interviews, meeting Henri Pescarolo for a chat is always special because of his presence and importance in the world of endurance racing.

Absent this year for the Le Mans 24 Hours, it was impossible for us to spend two weeks in La Sarthe without asking him to sit down for an update. With Henri, everything is simple. We called last week and his quick response was “come to the workshop on Tuesday at 3pm!”

We headed to the Technoparc (on the Le Mans circuit grounds) with Motorsport.com Art Director Eric Gilbert to the Pescarolo Team workshops where we discovered a chain across the entrance to the parking, with Henri nowhere to be seen and a locked door.

Minutes later, he arrived but explained to us that he had a meeting at the Hunaudières and that we can wait here. Expecting to wait in the car, Henri offers this: “come on, I’ll open up for you. Make yourselves at home, I’ll leave the keys to the workshop and I’ll be right back.” He took time to show us the coffee machine then left. We found ourselves in Henri’s office, surrounded by posters from past eras, including one featuring a Matra.

In the corner, several helmets are on display (green of course). To be waiting in such a location with no one else around, especially when the place is soaked in endurance racing history and passion is quite special. About fifteen minutes later, Henri made his return and the interview began.

To be honest, the two-hour affair seemed to last only five minutes.

Laurent Mercier: Firstly, Henri Pescarolo how are things, how is morale?

Henri Pescarolo: “As you know, I had decided not to speak with the media because I was in a fairly depressive state. I had gone back into my shell. I’m slowly making my way out of it, and that’s a good sign. I’m giving myself until September to disappear entirely from the sport or not.”

“To be honest, I had decided not to return to Le Mans, but Pierre Fillon insisted I be there. It’s true that I took part in 45 editions, 33 times as driver and 15 as team boss. That’s more than half of all the races held here. The ACO has made it a point to celebrate the 90th anniversary in style. I agreed to return to Le Mans after being accepted into the Hall of Fame. I don’t know if I will definitively cut ties with Le Mans, but I will nonetheless be making a return as an ambassador. I’ll be letting my past help the ACO for the present and future. Psychologically, it was difficult and I had no intentions of coming."

Where is the Pescarolo Team today?

“Being the only decision-maker in the company, I’m responsible for everything that has happened to me. That said, there were many factors and circumstances that forced me to make hard choices. Those choices led to the present state of affairs. The first problem is attributable to Jean Py which led to Pescarolo Sport declaring bankruptcy. The rest was independent of my will. I made a choice that turned out catastrophic and I regret that. When you look at the entire team, I’m not the only one to have made that mistake. Through a friend, I discovered Luxury Racing. I didn’t take the time to verify anything because we were in a rush, it being the beginning of the season. We signed a contract and paid 10% of the agreed upon amount upfront. It turned out that it wasn’t a small number because the ACO told us we couldn’t use the 5 liter engine. We had to find a solution, so the decision was made to go to 3.5 liters and continue the adventure.”

I’m giving myself until September to disappear entirely from the sport or not.

“Exactly! Thanks to the partner’s arrival, we launched the P03 project. On paper, it was exciting. Claude Galopin and I understood the CFD numbers given to us by Nicolas Perrin were good. Roald Goethe would allow us to use the car and we knew the aero studies were good. On top of that, the proposition from Dome came through. So, we had a full program and everything was going well. Unfortunately, the partner didn’t hold its promises and only the Dome project could function on its own. We wanted to go to Le Mans with the P03 but the Judd engines all failed even though in the past there has never been any issue. We didn’t have the time or money to figure out what was wrong with the car. The first tests showed a 30% drop in aero efficiency compared to the P01 when we were promised a 20% gain. We should have gone back to the wind tunnel but we didn’t have the time or money for that, and I’m not questioning Nicolas Perrin’s work. For me it was the worst edition of the 24 Hours of Le Mans. Goethe didn’t want to continue and we all know what happened to the Luxury adventure.”

Then there was the bankruptcy protection…

We still managed things well considering. We had to make a decision knowing that we still had money in the bank. In France, it’s relatively difficult to obtain a protection procedure. So I put my personnel on technical unemployment under good conditions, which was very important for me. Protection lasts six months. We didn’t find anything of considerate amount, so we had to cut the cord last January. I still haven’t gotten over it completely because it’s a difficult moment to live through. That’s also part of the reason I decided not to speak with the media and to avoid returning to Le Mans.”