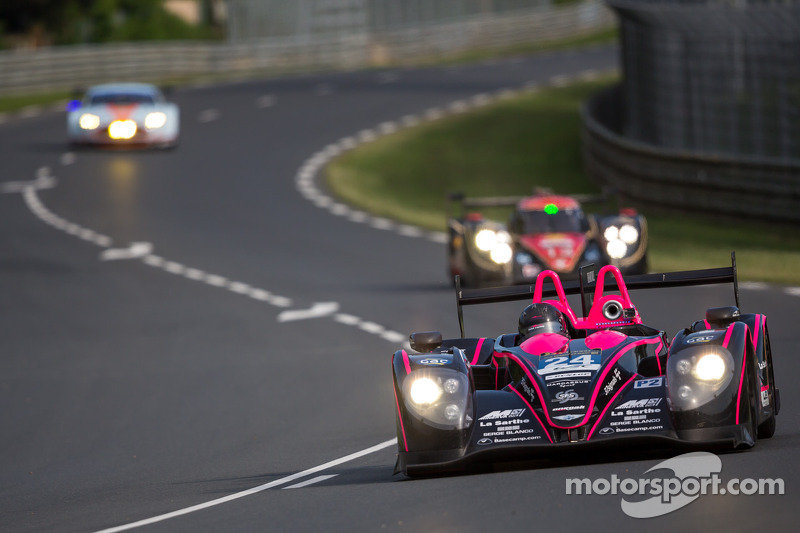 Le Mans-based outfit OAK Racing won the 24 Hours of Le Mans for the very first time in LM P2 with the no.35 Morgan-Nissan driven by Bertrand Baguette, Martin Plowman and Ricardo Gonzalez. It also achieved a one-two finish. 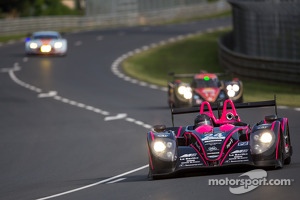 Olivier Pla, Alex Brundle and David Heinemeier Hansson finished as runners-up in the team’s no.24 car, rounding off a successful weekend for OAK Racing. The two crews finished seventh and eighth overall. Unfortunately, the third car entered by the team, the no.45 Morgan-Nissan Art Car, was forced to retire just two hours from the end of the race.

Throughout the 24 hours, OAK Racing’s Morgan-Nissan LM P2s, created by its constructor department Onroak Automotive, ominated their category. Starting from pole position in the no.24 car, Olivier Pla set the pace in this 81st edition of the 24 Hours of Le Mans. In the no.35, Bertrand Baguette wasted little time in joining him at the front of the field.

The two Morgan-Nissan LM P2s then took it in turns at the front, never relinquishing control of the race. They repeated three-stint shifts throughout the race, making the most of the performance of their Dunlop tyres in the difficult conditions and with varying levels of grip.

The no.24 of the Pla/Brundle/Heinemeier Hansson crew hit the barriers in the early stages of the race after restarting on cold tyres following a long safety car period, losing over a minute and the lead in the process, dropping down to sixth position. The crew was nonetheless able to make up the time lost and moved into the lead again within two hours.

Unshakeable despite the rain, and the various incidents and safety car periods, the two Morgan-Nissans swapped places at the front and dominated the race right to the end. The no.35 car eventually prevailed, whose three drivers enjoyed the perfect race, despite a heavy downpour in the closing stages of the race which forced everyone to managed additional tyre changes.

OAK Racing’s two Morgan-Nissans crossed the finishing line one and two laps ahead of G-Drive’s no.26 Oreca-Nissan, securing a historic one-two finish in a category where the standard was higher than ever.

Meanwhile, the no.45 Art Car suffered a few setbacks. Stopped for 45 minutes at dawn following an electrical problem, it then suffered a failed wishbone yoke, was shunted in the pit lane and was finally forced to retire two hours from the finish of the race after going off, an electrical problem preventing the car from restarting. Despite producing a solid performance, Jean-Marc Merlin and Philippe Mondolot were unable to make it to the end of their first 24 Hours of Le Mans.

Clearly disappointed to have had to retire, Jacques Nicolet, OAK Racing Team Owner, was nonetheless very pleased with the team’s magnificent collective result. This impressive achievement moves OAK Racing to the top of the Teams’ standings in the World Endurance Championship, with the trio of Baguette/Gonzalez/Plowman leading the Drivers’ championship ahead of Pla/Brundle/Heinemeir Hansson.

Onroak Automotive, the team’s constructor department, was also delighted with the result of Morand Racing, which had entered the no.43 Morgan-Judd in LM P2. This Swiss team was taking part in the 24 Hours of Le Mans for the first time, and finished sixth in the category. Meanwhile, the Chinese team KCMG’s no.47 Morgan-Nissan didn’t make it to the end, after having run in the top 10 for much of the race.

Sébastien Philippe, Team Principal: “It was a chaotic race with unpredictable weather and lots of safety car periods. We had defined a basic strategy for the race, but we had to adapt and alter it constantly. It was tiring psychologically, because we were constantly trying to make the right calls.

We were fortunate, but above all the entire team did a great job. We had very good pace throughout, which enabled us to stay in front. We managed to avoid making any major mistakes during the heavy downpour in the last hour and in the end, we not only won the race, we also secured a one-two. We showed our level of performance in qualifying and then we led the race pretty much from start to finish. It’s a fantastic win.”

Bertrand Baguette, no.35 Morgan-Nissan LM P2: “I’m delighted to win here because this is only the second time I have taken part in the 24 Hours of Le Mans. Many Belgian drivers are part of the history of this race, especially Jacky Ickx. I hope I can follow in his footsteps and that this win is just the start: The conditions were really difficult. It’s a great result for OAK Racing. A one-two finish at Le Mans – we couldn’t have asked for any more, really, and it’s also a great result for Dunlop because the LM P2 podium is 100% Dunlop.”

Ricardo Gonzalez, no.35 Morgan-Nissan LM P2: “Since the start of the season, we have been working towards this race. You always hope you can win, without ever daring to believe it. I’m really pleased for my team-mates and especially for the OAK Racing team. Jacques Nicolet has invested a great deal in this project and I’m proud to have helped to secure this first win for him.”

Martin Plowman, no.35 Morgan-Nissan LM P2: “It’s incredible. It’s difficult to find the words to describe what I feel. Winning Le Mans is a dream for all young drivers, so this is obviously the highlight of my career to date. I’d like to thank Jacques Nicolet. This race is his dream and his passion. Without him, none of this would have been possible. Our thoughts also go out to the family of Allan Simonsen, because even though I didn’t know him personally, we have all lost a brother today.”

Olivier Pla, no.24 Morgan-Nissan LM P2: “I am really very happy for the entire team. Everyone has done an incredible job here at OAK Racing, and personally, I have been made to feel very much at home since I joined the team in 2012. Along with Alex and David, we really gave everything we had, but a minor problem in the early part of the race ended up costing us dearly.

We then were a little unlucky with the safety car periods. Congratulations to the team who did a great job. Now we’re going to focus on the rest of the championship and try to win it.”

Jean-Marc Merlin, no.45 Morgan-Nissan LM P2: “This has been my first experience of Le Mans. It was a long-held dream of mine, and I’m thrilled to have made it come true with OAK Racing and my team-mates. Of course, it’s a bit frustrating not to finish the race, because it would have been a great achievement for OAK Racing to have all three cars make it to the end.”

These 24 Hours of Le Mans have unfortunately seen the death of Allan Simonsen, the Aston Martin driver, shortly after the start of the race. All our thoughts are with his family and loved ones at this sad time.