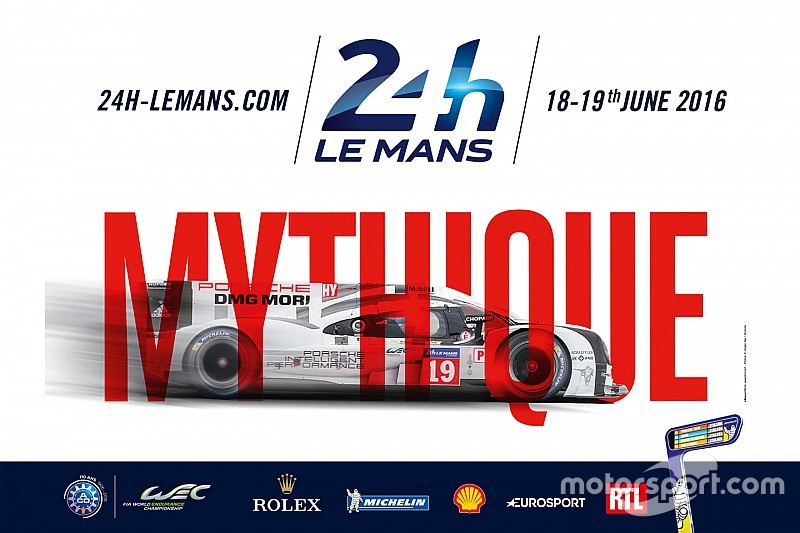 60 cars will be at the start the legendary race on 18th June!

Today in Paris the Automobile Club de l’Ouest announced the list of entrants invited to take part in the 2016 Le Mans 24 Hours. 60 cars will be at the start the legendary race on 18th June! The top-class field competing in the 84th event will provide no-holds-barred battles and a hotly-disputed scrap in each of the four categories.

The big surprise at this press conference concerned the announcement of the number of cars taking part in the Le Mans 24 Hours provided they pass the technical and administrative checks. At first, as announced last June 58 cars were supposed to be on the grid, but faced with the growing number of high-quality entry requests, the Selection Committee decided to allow 60 cars to start the 2016 Le Mans 24 Hours on 18th June. So exceptional measures will be taken and the necessary resources and a specific organisation implemented to meet this need to ensure that the additional pits are operational in 2016.

The 2016 Le Mans 24-Hours promise us a magnificent spectacle on the track and a festive week to be enjoyed to the full!

Thus, the third round of the 2016 FIA World Endurance Championship, the pinnacle of the calendar, will see 60 cars on the grid divided up into four categories: 9 LM P1s (Le Mans prototype 1), 22 LM P2s (Le Mans Prototype 2), 14 LM GTE Pros and 14 LM GTE Ams. The 56th garage has been allocated to SRT 41 by OAK Racing, whose technologies devoted to helping disabled people will be highlighted on a Morgan-Nissan LM P2 racing outside the classification.

Among the LM P1s, Porsche is determined to retain the 24-Hours Trophy won in 2015 and to emerge victorious in the race for the 18th time in its history. The three major manufacturers, Porsche, Audi and Toyota, have each entered two cars so they will do battle on a level playing field numerically speaking. Thus the technologies and the race strategy employed will be crucial in deciding which one will see the chequered flag in first place after 24-hours racing. Rounding off the LM P1 field are three privately entered cars from Rebellion Racing (2) and ByKolles Racing team (1). A total of five manufacturers/constructors will be represented in the blue-riband category.

Six different makes of chassis will do battle in LM P2

In 2016, the LM P2 category again has the highest number of cars. In 2015, there were 19 on the grid and this year 22 have been chosen by the selection committee. Hong Kong team KCMG will be back to defend its title against a horde of highly-motivated challengers determined to oust it from the top spot and claim the trophy it won last year. Six different makes of chassis will do battle in LM P2 with Ligier, victorious in the Daytona 24 Hours at the end of January, holding a numerical advantage. A newcomer to the LM P2 category is the Panis Barthez Competition team with Fabien Barthez as designated driver. In 1998 he was a member of the French team that won the World Football Cup, and he has since changed careers becoming a successful racing driver. It will be his second outing in the Le Mans 24 Hours after his debut in 2014 in GTE Am.

The return of Ford in LM GTE Pro

This year new LM GTE Pro regulations came into force on 1st January 2016 while the LM GTE Am rules remain unchanged. These two categories, each with 14 entries, will again provide on-track fireworks.

In LM GTE Pro the main attraction is the return of Ford with four cars 50 years after its superb triple in 1966. Corvette, the title holder and winner in January of the Rolex Daytona 24 Hours scoring a double with its C7.Rs, will not be overawed by this newcomer or by Ferrari, Porsche and Aston Martin, which are all gunning for victory.

Open battle in LM GTE AM

In LM GTE Am Ferrari enjoys numerical superiority with five 458 Italias followed by Porsche (4), Aston Martin (3) and Corvette (2). The battle for victory in this category looks very open especially as the first two teams in 2015 won’t be present. Maybe this will give Scuderia Corsa, third in 2015, the opportunity to finish on the topmost step of the podium.

Thus the field for the 2016 Le Mans 24 Hours consists of 32 prototypes and 28 GTS, proving once again the extraordinary pulling power of the event with 41 teams entered representing 17 nationalities from the four corners of the globe.

The reserve list comprises 10 cars, six LM P2s and 4 LM GTE Ams. They will be allowed into the race in the order of the list in the case of withdrawals.

During the press conference Alexander Wurz was named Grand Marshal for the 84th Le Mans 24 Hours following in the footsteps of Tom Kristensen, Allan McNish and Henri Pescarolo.

Another eagerly-awaited moment was the unveiling of the poster for the 2016 Le Mans 24 Hours and the advertisement by the Automobile Club de l’Ouest. 2016 represents a complete break with the previous years expressing a desire to use the force of simplicity to enhance the impact and the emotion.

This unveiling launched the communications and promotional campaign for the 2016 Le Mans 24 Hours and triggered the countdown to the 84th event on 18-19 June.

Pierre Fillon, President of the Automobile Club de l’Ouest: “Given the ever-increasing number of high-quality entry requests we received, the selection committee decided to allow sixty cars to start the Le Mans 24 Hours on 18th June. This decision means we have to deploy exceptional measures and put in place a specific organisation, but the ACO teams won’t have problems meeting this need. The top-quality field in the 84th Le Mans 24 Hours proves yet again the pulling power of our event and the confidence the major car manufacturers have in us. In addition, entries from teams of seventeen different nationalities from the four corners of the globe show the interest in endurance and the indisputable international dimension of this legendary race. The 2016 Le Mans 24-Hours promise us a magnificent spectacle on the track and a festive week to be enjoyed to the full!”

Vincent Beaumesnil, Automobile Club de l’Ouest Sport Manager: “Each year the selection committee is finding it increasingly difficult to establish the list of entries for the Le Mans 24 Hours. Thirty-two prototypes and twenty-eight GTs will be on the grid on 18th June for what already looks like being a first-class race. There will be a closely-fought battle in LM P1 and there is even more diversity in LM P2. The appeal of the LM GTE Pro category is greater than ever and more sporting with the introduction of the new regulations and Ford’s return. As always, LM GTE Am will be the theatre of fantastic battles. From both a technical and sporting point of view all the ingredients are in place for a unique 84th Le Mans 24 Hours.”