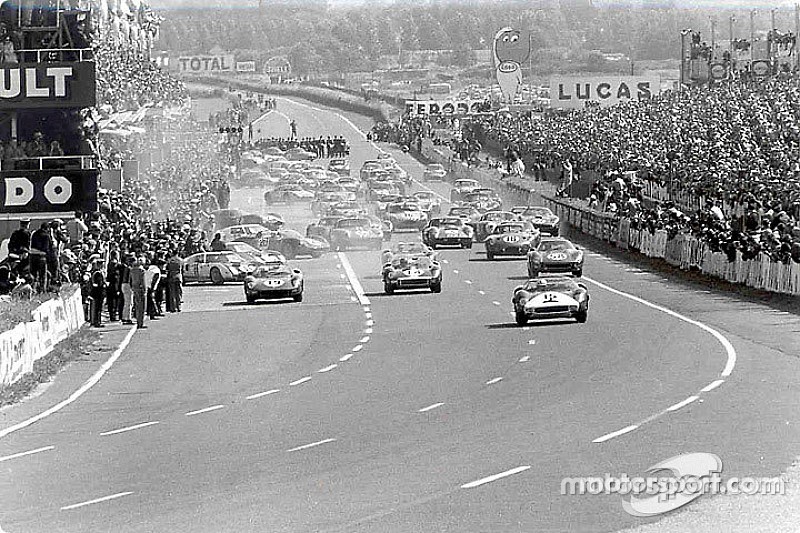 An exhibition devoted to one of the most legendary duels in the history of the Le Mans 24 Hours.

In 2015, the historic exhibition put on by the Automobile Club de l’Ouest in partnership with the Sarthe Department and GEFCO in the Le Mans 24-Hours village is devoted to one of the most legendary duels in the history of the Le Mans 24 Hours, the battle between Ford and Ferrari. The highpoint of the exhibition will be a special parade on Saturday 13th June before the start of the race.

2015 marks the 50th anniversary of the last victory of a Ferrari at Le Man. The ACO Heritage department is devoting its traditional exhibition of historic cars to the Italian make by highlighting the thrilling duel between the Prancing Horse and Ford that lasted four years.

In 1963 Ford’s (America’s iconic make) best engineers got down to designing an innovative car, the GT 40 for the 1964 Le Mans 24 Hours, to challenge Ferrari which dominated racing in the Sarthe. Early on the Fords were very quick but suffered from poor reliability and they were unable to pose a threat to the fearsome Italian cars. But the Americans came back the following years and the intensity of the battle was fanned by the personal rivalry between Enzo Ferrari and Henry Ford II. Thus, from 1964 to 1967, the two manufacturers went at it hammer and tongs and their duel has forever been associated with one of the most glorious eras in the history of the Le Mans 24 Hours!

In an original 60s’ decor the spectators can see the fabulous cars that have forged the legend. Numerous objects and archives from different collections will complete the setting. Original drawings from the cartoon book published on 29th October 2014 by the Editions Glénat in collaboration with the ACO devoted to the Ford-Ferrari duel will also be on show.