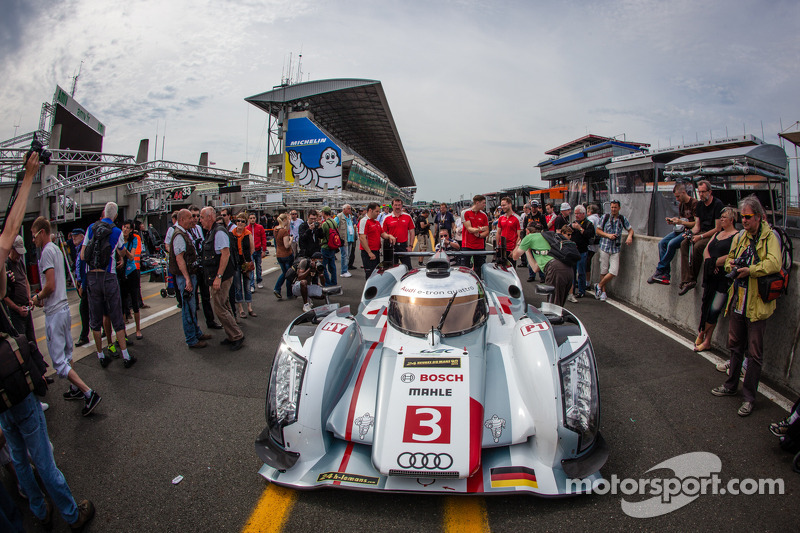 After the phenomenal success of the 2012 Le Mans 24-Hours Web TV thanks to which 3.2 million visitors were able to follow the race throughout the world, the Automobile Club de l’Ouest has now launched an improved version with the backing of Rolex and Michelin that will start broadcasting on Sunday 16th June.

The Le Mans Internet channel is back! After broadcasting Patrick Dempsey’s press conference and the coverage of the test day the following day live, the Web TV devoted to the blue riband event of the FIA World Endurance Championship, has undergone an in-depth revamp to meet the expectations of the millions of fans, who will be able to live the event thanks the Web TV programme, as a complement to the package offered by the official TV broadcasters of the race.

This service aired in French and English simultaneously is in perfect harmony with the second screen concept: it will enable viewers to enjoy a never- before-experienced in-depth immersion in the race.

On Sunday 16th June the Le Mans 24 Hours WebTV will start to broadcast to provide live coverage of scrutineering. 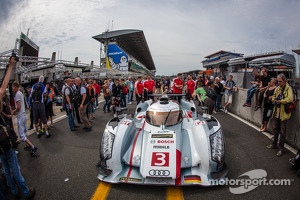 A studio will be installed on the square where scrutineering and admin. checks are taking place filmed by six cameras, and all the major players in the event will be interviewed until Monday evening 17th June. This programme will be intercut with reports from last year, as well as all the images available of the 2013 event (interviews from the test day, a look back at the operations for the 90th anniversary) as well as numerous videos made by the teams themselves.

The two evening practice sessions on Wednesday 19th and Thursday 20th June will also be covered as will the Drivers’ Parade on Friday evening.

Of course, the race will be at the very centre of this service. This year, all the surfers who want to follow it will be able to chose from two channels, one entirely in English and the other in French. Thus for 27 hours non-stop (14h00 on Saturday to 17h00 after the following day’s press conference) footage from the on-board cameras in eleven cars this year will be shown.

In addition, interviews with the main players in the race and special reports will be added to the programmes made up of summaries, regular flashes on the different classifications, analysis by Henri Pescarolo, the Le Mans 24-Hours ambassador, Michelin technical roundups, videos, historic subjects devoted to the Le Mans 24 hours in particular and endurance racing in general, etc.

Live classifications and the live text on which the latest information will be displayed will provide web-viewers with the full picture of the race. In addition, they will also be able to interact thanks to the Facebook and Twitter social networks!

To host this WebTV the Automobile Club de l’Ouest has hired specialist journalists and recognized consultants. Pierre Van Vliet, Patrick Rivet, Eric Hélary (winner of the 1993 Le Mans 24 Hours)and Anthony Drevet will run the French studio, while Ben Constanduros, Erin Cechal, Sam Hancock (7 outings in the race as driver) and Dave Spitzer will look after the English side.

The aim of this WebTV service is to show all aspects of the Le Mans 24 Hours by grouping on the same site the specific productions of the Automobile Club de l’Ouest and teams taking part in the greatest endurance race in the world. It can be watched on internet on 24h-lemans.com and lemans-tv.com, and also on mobile apps for tablets and Smartphones by connecting to 24h-lemans.com via its navigator. These applications will be activated tomorrow Friday 14th June.

Created and managed by the Automobile Club de l’Ouest, directed by the director Gilles Cousin and Olivier Hamon placed uder the editorial responsibility of Pierre van Vliet and Ben Constanduros, with the help of AMP Visual, AMP Interactive, VO Production and DailyMotion, the 52 hours live broadcasting of the official endurance channel in 2013 will go down in history in the annals of Sports Web TVs!