The pair flew over Christmas and took to the Ruapuna International Raceway for their first sessions in the cars with the 19-year-old Sellers setting the quickest time of the day– a clocking that was just two-tenths of a second off the track record.

"The cars are difficult to drive fast and not at all what I expected," said Sellers, who contested the 2000 Formula Dodge National Championship. "You have to be smooth and precise. We have had a range of weather conditions, with a little rain at the end of the second day. This is a very good team. I think we have everything we need to win so now it's just a matter of doing it!"

Barber-CART Karting Scholarship winner Allmendinger, runner-up to the 2001 FDNC crown, took the point on the second day of testing, breaking the existing Ruapuna track record with a top lap of 1:30.49. The two youngsters are benefiting from the tutelage of former New Zealand Formula Ford Champion John Crawford, who is overseeing the Team USA effort. Crawford spent two days on track with the American youngsters and walked away impressed.

"I'm pretty impressed really," said Crawford. "They're like a breath of fresh air. They've fitted in very nicely -- very good guys to work with. Ruapuna's a very technical track, and they're right on the pace. We couldn't have asked for two better guys."

The four-week series is set to get underway next weekend at Teretonga, in Invercargill, which is the world’s most southernmost race track. 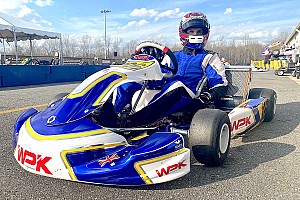 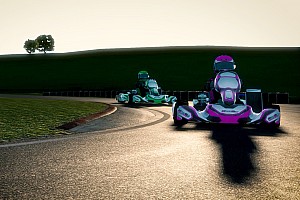