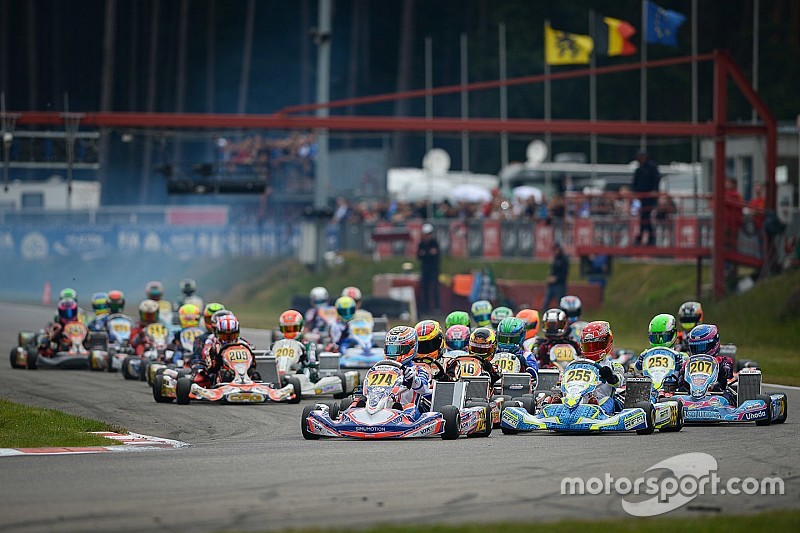 Former grand prix driver Felipe Massa has outlined his vision for the future of karting as he bids to help better prepare youngsters in their bid to get to Formula 1.

Since stepping down from motor racing's top category at the end of last year, Massa took up responsibility as the president of the FIA's international karting commission.

Speaking at length about his plans during the FIA's Sport Conference in the Philippines on Tuesday, the Brazilian said that a more simplified international structure, and a change of mindset so youngsters aren't rushed to step up to single-seaters, were key factors for him.

"I think my philosophy is first of all to try to make things a little bit more simple," explained Massa.

"In my view it was always a little bit difficult to understand why you have so many different things in karting. I want to give this message to all the ASNs that we need to be together and be very close and make things easier than it is."

Beyond pushing to create a better structure for karting, Massa is eager to raise awareness of the various categories – and also work to stop youngsters being rushed into single seaters before they are ready.

Massa says that Max Verstappen's swift rise to F1 when just 17 prompted a rush of kids into single seaters, while he thinks many would have been better off learning their craft for longer in karting.

"I think karting is, in my experience, the best category to compare F1 to," he said. "When you drive this, it is the most similar in terms of the feeling of the driver, of sensation, of reaction, of speed, of G-force, of braking to F1. Definitely karting is very important to prepare drivers in the right way.

"We see so many drivers now where the mentality is they need to go as quick as they can to open wheels, which is wrong. I think you need to go when you are ready. You need to be ready to move the category when you are 100 per cent ready to be in terms of experience.

"We see so many drivers of 14-years-old, 15-years-old, are already thinking of single seaters. We need to also show to the drivers, even to the fathers, that you have the right time to do it.

"We saw Max Verstappen change a little bit the mentality of so many fathers after starting F1 at 17-years-old. But I think you need to move at the right time and you need to prepare yourself in the right time.

"When you move the category then, you are going to be a lot more prepared to win straight away - which is actually what will give you the possibility to get as quick as possible to F1."