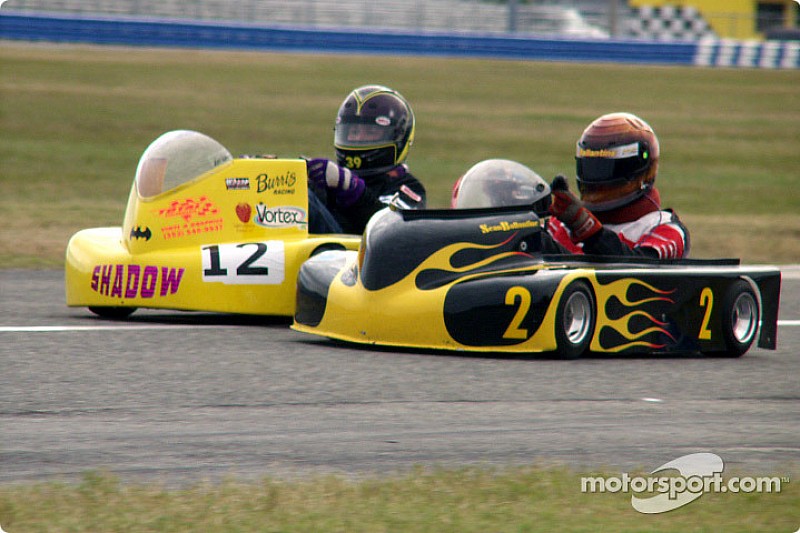 WKA event draws hundreds of racers from around the world.

DAYTONA – Several years ago, the world Karting Association moved Daytona's Kartweek from its traditional date -- the week between Christmas and New Year's -- to April, reasoning more racers and their families might prefer to stay home and celebrate the holidays.

Mistake. Turns out hundreds of karters from across the country, indeed from around the world, embrace this week as a long-planned family vacation. And despite the flurry of construction at Daytona International Speedway as part of the Daytona Rising project, this year KartWeek is going strong, starting today (Saturday), and continuing through Tuesday. This is an event that has a rich history, and we have illustrated this story with photos from past KartWeeks.

Much of the action is inside the track, either on the 3.56-mile long road course, or a shorter sprint course near turn 3 of the oval. But there’s racing too just outside the big track, beneath turns 1 and 2, where the Speedway built a flat oval dirt track in 2009, moving the competition from a nearby stadium where it was held for years. There is likely to be as many as 1,500 entries for all the classes combined. The biggest share will be in the Dirt World Championships on the flat track.

KartWeek often draws some well-known names – those names either belonging to famous drivers themselves, or the younger relatives. Many stars have raced at Daytona KartWeek including Tony Stewart, Brian Vickers, Bobby Labonte and Marco Andretti.

The late Dan Wheldon was a regular here with his family, and was always approachable and a genuine ambassador for karting. NASCAR’s Jamie McMurray made many KartWeek trips and took karting seriously enough to produce his own line of chassis, though he has sold the company. A.J. Allmendinger often uses KartWeek to stay sharp over the off-season.

The sanctioning body, the World Karting Association (WKA) is a membership-owned, non-profit corporation formed in 1971. In the 1990s WKA grew to over 10,000 active members and 120 sanctioned tracks nationwide to make it the largest sanctioning body for kart racing in the United States and one of the largest in the world. But the recession hit karting hard – after all, no one has to race a kart – and today, the WKA maintains between 3,000 and 4,000 active members, which are located in over 40 states, Canada and Europe.

The WKA has organized events for karters as young as 5, with formal competitive classes begin at the junior stage (age 7) and generally run in 3-year age groupings until “senior” status is reached (age 15 or 16, depending on the series). Around 45 percent of competitive event entrants are juniors, the WKA says.

The highlight of KartWeek is expected to be the finale of the Dirt World Championships will be the Bobby Waltrip Memorial, which will pay $10,000 to the winning driver.

Bobby Waltrip – whose older brother was Darrell, younger brother Michael -- was a key figure in dirt karting for decades. He was the head announcer for WKA’s Speedway Dirt Series during its heyday, and continued to announce prestigious indoor races, trade shows and other events. Waltrip, a genuinely nice guy, loved to point out that as a kart racer, he won at Daytona, meaning all three Waltrip brothers had victories here.

Another aspiring racer, another dream