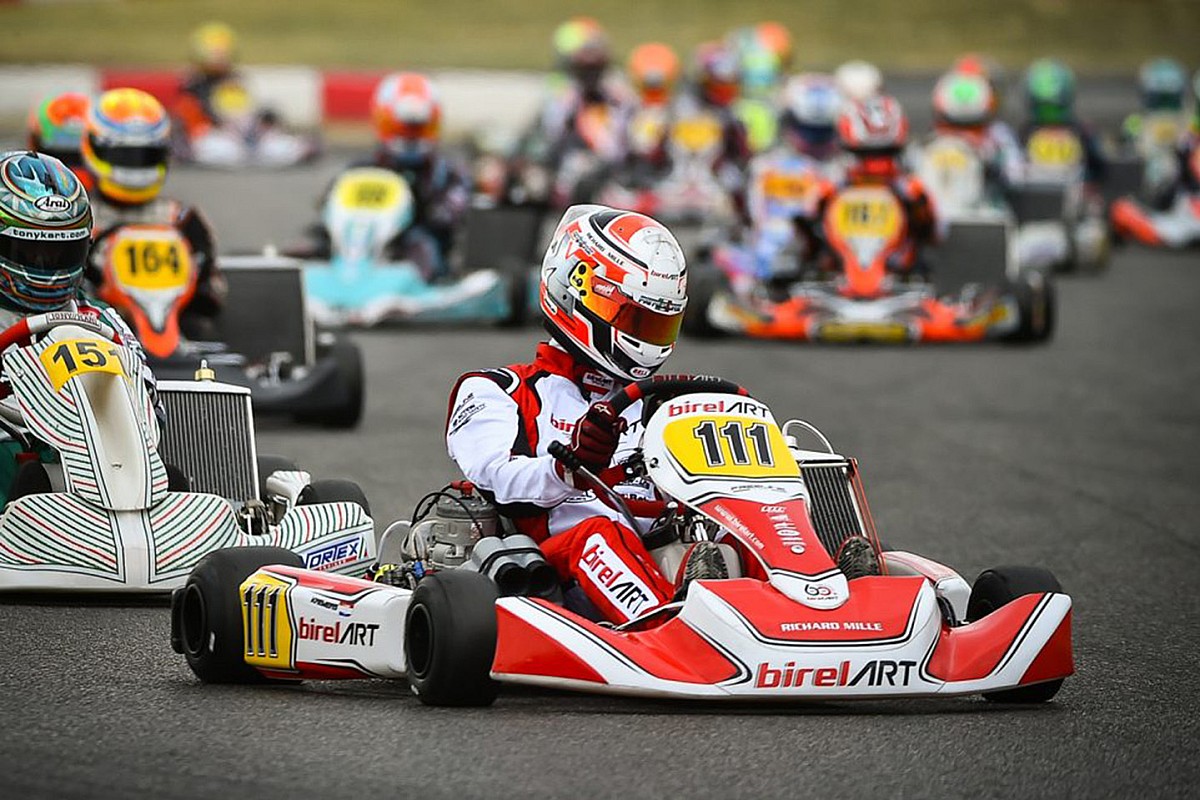 Kremers and Renaudin started from the front row with the former taking the lead after the start.

The Dutchman led for five laps when Renaudin pulled off a move - Kremers tried to respond three laps later but he couldn't make his move stick.

The duo traded places a couple of times, which led to Matteo Vigano, their early challenger, to lose out as he hit the back of Kremers' kart and lost four positions soon afterwards.

Kremers finally passed Renaudin on lap 11 and aggressively cut to the inside line to prevent the Frenchman from coming back.

He was then able to lead the rest of the race, maintaining a gap of half a second to take the title.

Renaudin finished second but was given a five-second time penalty and was only classified ninth.

Riccardo Longhi was promoted to second, while Bas Lammers made it two Dutch drivers in the top three.

Simo Puhakka grabbed fourth as Paolo De Conto fought from 16th on the grid to finish fifth ahead of Vigano.

Denner, driving a Sodi kart for CPB Sport, started from first place and was able to pull away from the field as his two closest challengers, Vidales and reigning KZ2 European champion Emil Skaras, lost out early on.

Tony Kart's Vidales dropped a few places at the start and Skaras fell to fifth after a move on Denner for the lead resulted in the Frenchman's counterattack, which forced Skaras wide.

Skaras and Vidales gradually fought their way back to second and third but Denner already had a two-second lead by then.

Vidales was able to close the gap and put pressure on Denner, but he ran out of time before he could get close enough to make a move.

But the Singaporean had to settle for second in the championship as Siksnelis fought his way up from fifth to second in the race to earn the title.

Siksnelis survived a hectic incident during the race as there was a collision between Robert De Haan and Filip Jenic just as the Lithuanian passed the latter.

Both De Haan and Jenic were able to continue - only Justin Arsenau retired as an innocent bystander - but they had to settle for sixth and eighth respectively despite fighting for second early on.

Siksnelis also pulled off a move on Maxwell Dodds to finish second, the Briton taking third.